Just think about a mobile app that instead of depending on one server can actually draw power from a multitude of remote computers through the mediation of a distributed database network. That's precisely the story of Blockchain-based mobile apps. Blockchain for mobile app development ensures optimum security and resilience against all kinds of attacks and data breaches.

The emergence of cryptocurrency solutions like Bitcoin that allowed anyone to join a decentralized Blockchain network and provided a cross-verification-based network for secure transactions were the first instances of Blockchain-based apps that swept the world. Since Bitcoin and the likes completely revolutionized digital transactions and asset management more than ever before, they continued to grow and find traction across all enterprises. 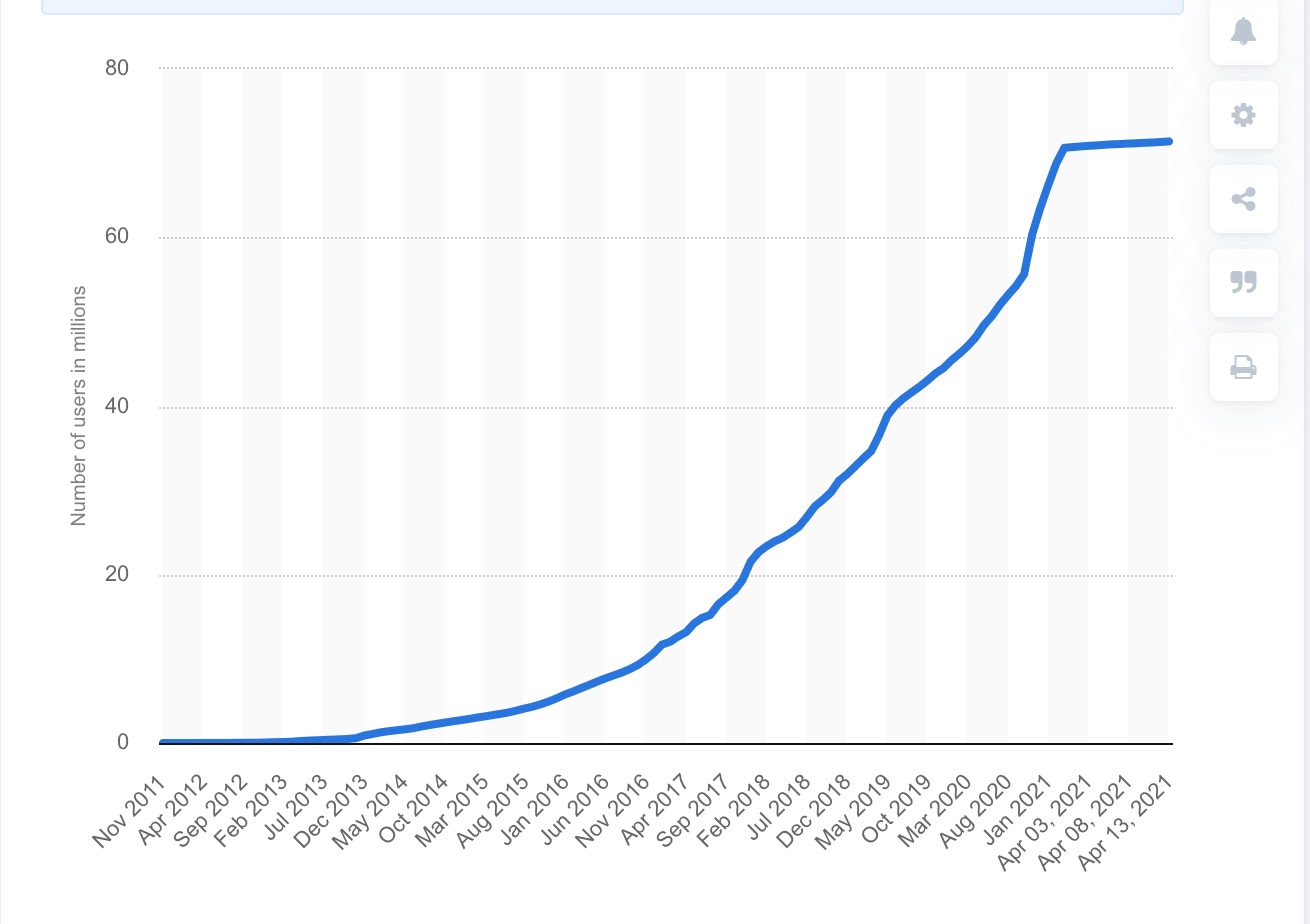 The dominance of Blockchain-based apps continued for more than a decade now. There are now 70 million Blockchain-based wallet users at this very moment worldwide. As per the Grand View Research statistics, the worldwide market size of Blockchain technology stood in 2020 at USD 3.67 billion and the same is going to grow at an 82.4% year-on-year rate till 2028. So, the future of mobile apps and enterprise solutions is completely intertwined with Blockchain technology.

Some Examples of Sophisticated Blockchain Apps

As we already know, the biggest value proposition of Blockchain technology is ensuring optimum data transparency and security while helping businesses save a lot of IT resources they needed for traditional security measures.

Let's take a quick look at some of the leading Blockchain-based apps from different sectors.

BurstIQ is a healthcare app powered by both big data blockchain technology to allow both patients and physicians to transfer and collaborate on crucial medical data. The app based on smart contracts rules the kinds of data to be shared besides showcasing individualized health plans as per doctor's recommendations.

Bringing the power of Blockchain to the connected things.

Filament is a great example of a Blockchain-based IoT app helping to manage the data processed by software and microchip hardware by using Blockchain data ledger systems. Thanks to the app, multiple connected devices can share information through Blockchain and remain in sync.

Fulfilling Know Your Customer (KYC) documentation is a key requirement across many businesses. This simple and effective Blockchain-based app streamlined the entire process of managing customer documentation falling with databases and records of individuals across administrative and criminal databases in hundreds of countries. 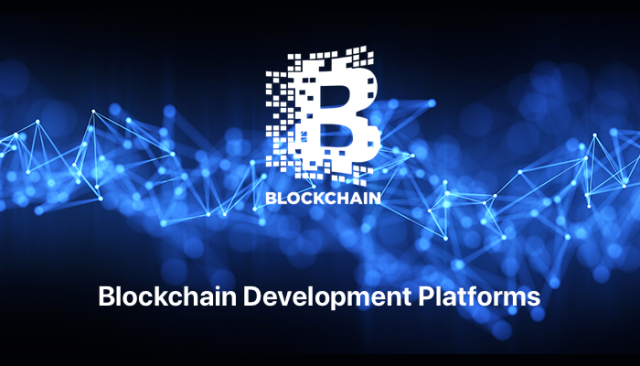 Now that you have a basic idea of the values created by Blockchain for numerous niche apps, it is important for us to take cognizance of the leading Blockchain development platforms. Right now, there are more than two dozens of such platforms. We are going to describe here a few of them.

Languages to Consider for Blockchain Development

Apart from these general programming languages, there are two advanced languages specific to blockchain development: Simplicity and Solidity. Simplicity is widely popular for building smart contracts blockchain app development involving value additions on basic languages used in cryptocurrencies such as Bitcoin Script. Solidity is another smart contract development language that is capable of running on the EVM.

What is the Blockchain Development Process? 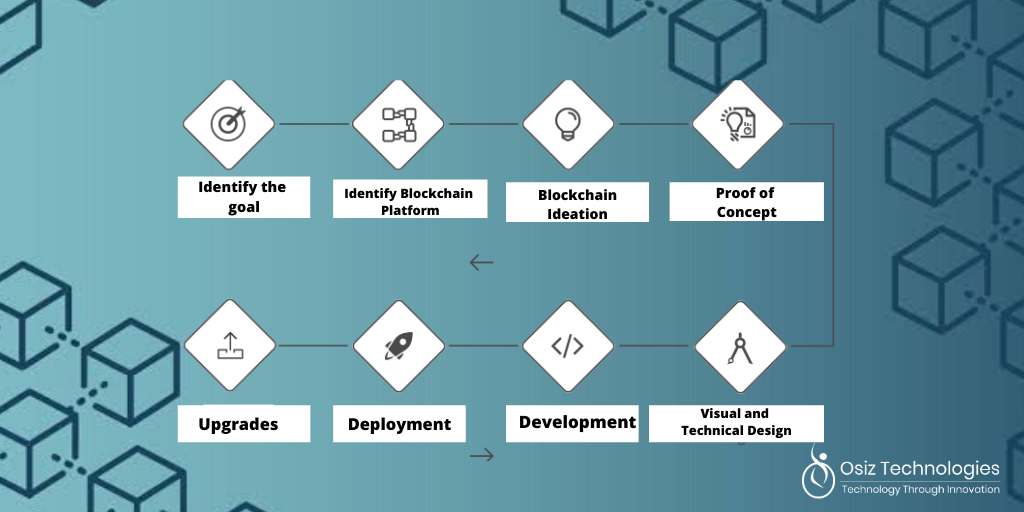 Now that we have explained each and every aspect of Blockchain app development including platforms and technology stack, let us describe here the 6 key stages in the development process.

1. Identify the Problems Your Blockchain Is Going to Solve

Create a detailed statement denoting all the problems that your Blockchain app is going to solve in the first place. Now also make an analysis of whether you need to create an app solution developed from scratch or you can just incorporate Blockchain into your existing app.

Now you need to decide on the Blockchain platform for your app project. Whether you are going to build a smart contract app or a crypto-transaction app, what kind of network and consensus protocol you need and several other considerations we mentioned earlier will be decisive here.

Now that you have a clear idea about the solution for the problems you are going to offer, you need to get down to the requirement analysis and evaluation of the app idea in detail. Here brainstorm the idea with inputs from all around and consider various possibilities to fine-tune the idea. At last, decide on the technology stack for the project.

An app prototype comes as the most legitimate and effective proof of concept that provides the entire app concept a visual structure. Create rough sketches followed by more incisively designed mock-ups, A/B testing of each design element, and detailed information architecture.

Now it comes to the development stage. It is advisable to opt for agile development with an emphasis on creating a basic app with elementary features by following the Minimum Viable Product (MVP) approach. This ensures building a robust Blockchain app with a focus on elementary features and making subsequent value additions through future updates on the basis of user feedback. This approach also allows easily upgrading smart contracts whenever you need them.

For Blockchain mobile app development, this present post only provided a basic outline comprising the aspects where you need to focus upon. Since Blockchain apps in spite of their popularity are technically challenging in nature, you need to mind your steps throughout the development process.