Native cloud applications use services and infrastructure provided by AWS, Microsoft Azure, and Google Cloud among others. Essentially, this means you can code, test, maintain, and run your app all in the cloud.

This approach gives developers an opportunity to:

With modern platforms like Kubernetes and Istio, the need to have smaller runtimes that can scale up, down, and even all the way down to zero is becoming critical. However, applications built on a traditional Java stack (even if optimized for cloud-native environments) are memory-intensive and take longer to start than software created using other popular programming languages.

In this article, I’ll provide a brief overview of the technologies and tools that allow software engineers to simultaneously launch more Java applications in the cloud and sonically improve their performance.

Barriers to Implementing Java in a Cloud-Native Way

To resolve the issues with significant memory usage and startup time, Java 9 supports Ahead-Of-Time (AOT) compilation. The technique helps compile bytecode to native before executing an application, so that we don’t have to spend system resources on JIT compilation at run time. 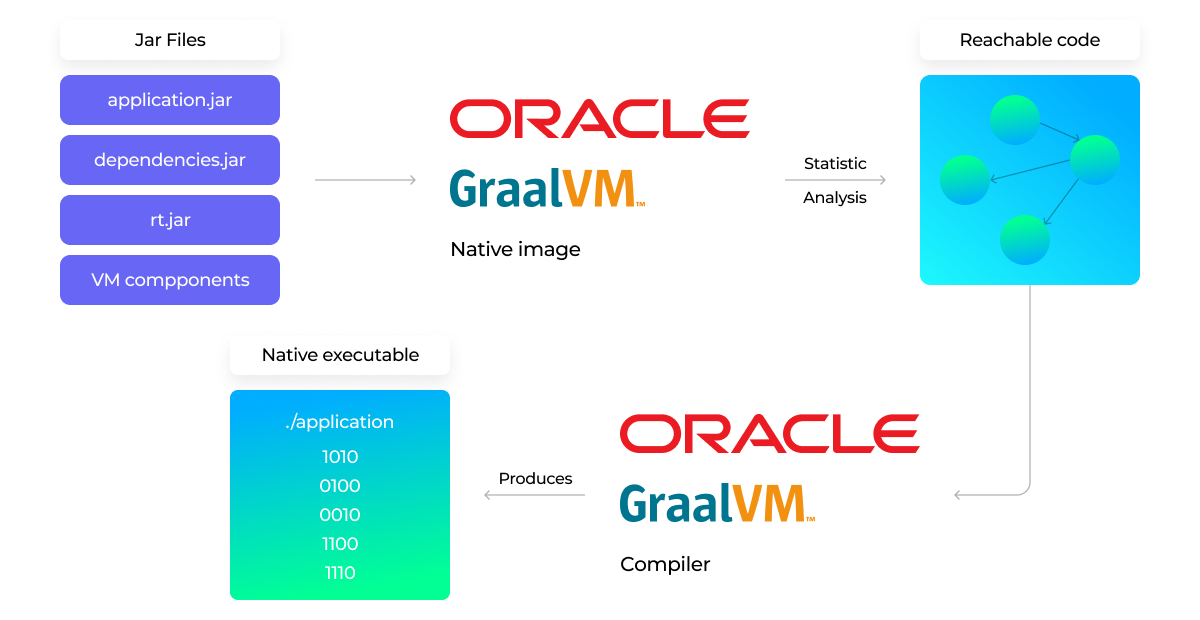 Currently, the most potent AOT compiler is provided by the GraalVM project. However, it still comes with certain limitations, including the lack of support for dynamic class loading, finalizers, serialization, and Java Management Extensions (JMX).

There are two ways to convert a Java application into fully compiled native code, which is also known as native image:


Then you can run the native code and use it without any dependency on Java Runtime Environment (JRE). This helps reduce the JVM startup time to just 54 milliseconds.

If we execute the same application using the default JIT compilation functionality provided by the virtual machine, the startup time will jump to 1677 milliseconds.

The traditional Java development frameworks like Spring or Java EE are not suitable for building native images. As a result, several solutions with robust AOT capabilities emerged as an alternative. These include Helidon by Oracle, Quarkus by RedHat, and Micronaut by Object Computing.

To show you how to create a simple Java app with Micronaut and run it as a native image, I’ve uploaded a sample project on GitHub.

Below you will find an application entry point:

And here’s a sample controller for the Micronaut application:

Now we can compile the bytecode to native, run it, and see the results.


Enabling Communication Between Java Application Services With Kubernetes and Istio

To further optimize the performance of a containerized Java application in the cloud, you can utilize the Kubernetes system. This approach allows developers to:

You can also use the Istio service to facilitate communication between microservices, which allows developers to run sidecar applications against every microservice and handle communication through a local proxy. For example, you make a call to a sidecar proxy, and the server will resolve and forward the request to the appropriate component of the service mesh. This method simplifies the application logic and moves load-balancing, circuit breaking, and service discovery logic to the service mesh. 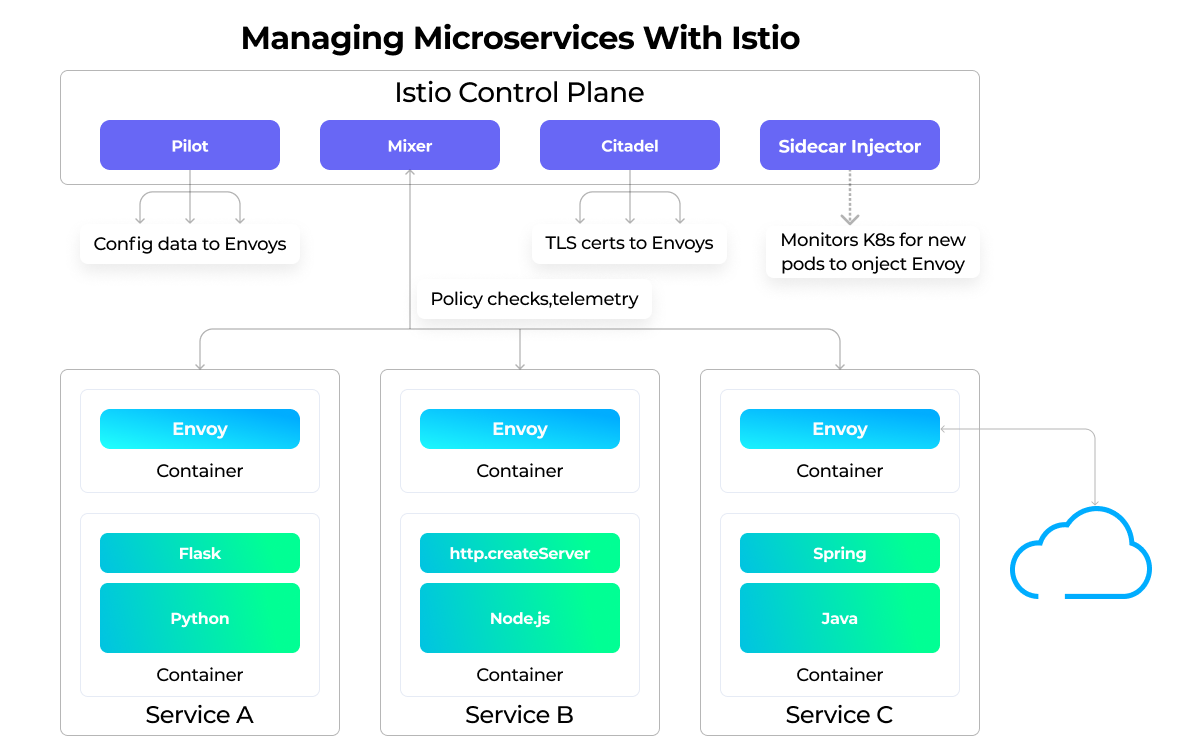 You can install Istio using the Helm package manager:

To create a communication point, you need to launch a Kubernetes service. Istio will intercept and enhance communication between your microservices without any additional actions.

A combination of technologies like GraalVM, Micronaut, and Kubernetes unlocks a whole new world for developers looking to build and implement Java cloud solutions. The technology stack allows us to deploy eight times more microservices comprising a containerized app while using the same cloud capacity. With Istio, we can further shift the execution of complex features, such as circuit breaker, call tracing, and service discovery from the application side to the cloud infrastructure and simultaneously enhance communication between the microservices.

You can find all the related code for your project in my GitHub repository.