API is not a new concept in software engineering. In fact, SOAP was invented in 1998 which was very popular back then, it is still used today in large enterprise software. Representational State Transfer (REST) was proposed by Roy Fielding in 2000. Which became very popular due to its simplicity and in the last decade the adoption of RESTful API was tremendously seen in existing enterprise software as well as new software developed.

Important Questions To Start With 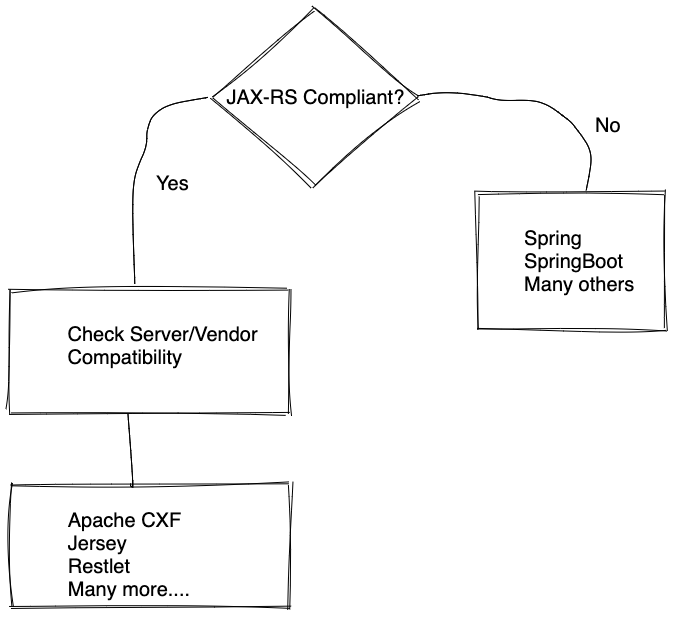 Some of the non-JAX-RS Compliant options are

Apache CXF and SpringBoot are more than just libraries they provide a lot of tooling and production-ready features which are essential for rapid development and operational aspect of API.

It is also worth mentioning that the target server environment plays a crucial role. Even though many libraries are designed to be portable in any Java environment but in reality choosing the right library makes the job easy especially when it comes to maintaining the libraries.