Put simply, delegates are the same as a function pointer in C ++. They refer to another function. 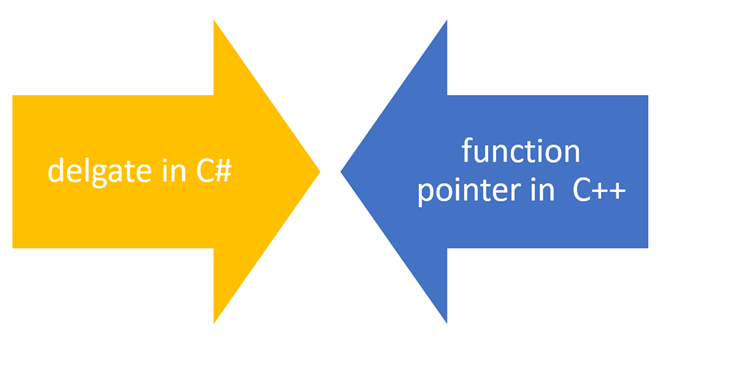 As noted in Microsoft's official documentation:

"A delegate is a type that represents references wo methods with a particular parameter list and return type. When you instantiate a delegate, you can associate its instance with any method with a compatible signature and return type. You can invoke (or call) the method through the delegate instance."

Before going deeper into the technical jargon about delegates, let us first create a delegate.

Let's talk through the above code.

Upon running the above code, you should get an output like the below image:

Now, I hope you understand how a delegate can be created and used. Some features of delegates are as follows:

You can encapsulate a lambda expression in a delegate as shown in following code listing:

You will get an output as shown in the below image:

Now when we call the delegate, these three references will be called and you will get the output shown in the below image. You can use + or - to add or remove an object reference from a multicast delegate.

From the beginning of this article, we have been saying that a delegate can refer to a method with the same return type and signature, however, variance eases this requirement. Covariance and contravariance provide flexibility for matching a delegate type with a method signature. 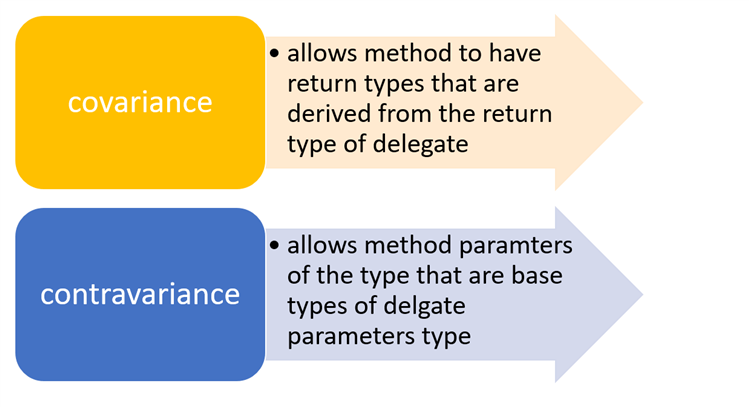 To understand covariance, let's create two classes as shown in next code listing:

The Dog class inherits the Animal class. So using covariance, a delegate with type Animal can refer to the Dog type. We are creating a delegate with return type of Animal and assigning a reference of Dog type in the below code listing. This is possible due to the covariance feature of delegates.

Like variance, contravariance allows us to work with methods that have parameters of a type that are base types of the delegate signature parameter type. Now I hope you understand delegates in C# and you can use this function in your projects whenever required. Besides the topics covered above, you may also want to check generic delegates.