This article presents a summary of the four Proof of Concepts described in the article 4 Hands-On Approaches to Improve Your Data Access Layer Implementation  and contains a retrospective of the four implementations, with a comparison table of their key features.

Code for implementations can be accessed at https://github.com/ammbra/CacherPoc .

Before analyzing the results we obtained through the four implementations, I would like to remind the goal of these articles: to illustrate through usage the behavior of MyBatis cache implementations with Ehcache, Hazelcast, Memcached and OSCache.  A more complex view of CacherPOC and its associates is presented below: 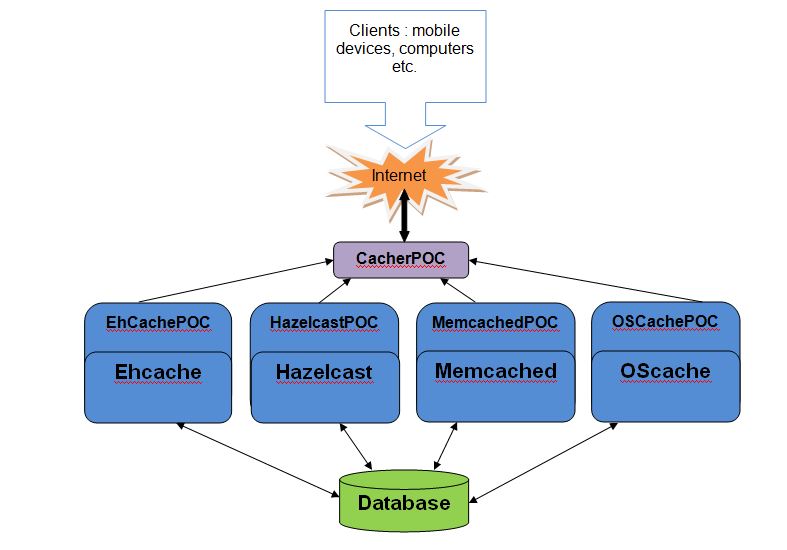 and the online view of the application: 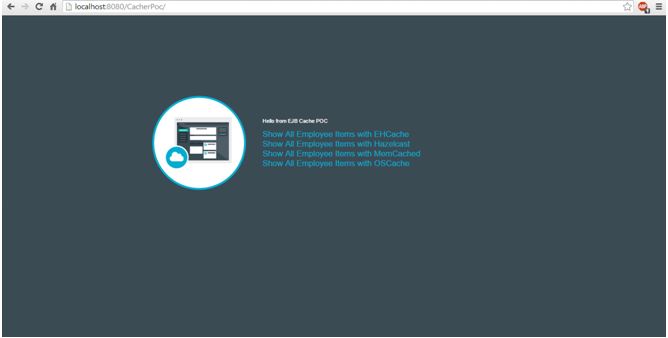 I am going to detail my opinions about the four libraries, after concept's implementation.

All the used libraries (Ehcache, OSCache, Memcached and Hazelcast) support in memory data management, transactions and have the following attributes:

Also, let's investigate what differentiate them in terms of features:

? - could not be determined

Based on features list, we can choose a caching implementation. But the most important evidence came from CacherPOC project: the results obtained when Amdhal's law was applied.

where P is proportion speed up and S is speed up.

Below are listed the results obtained by :

The results obtained show Memcached as  the winner of caching over mybatis competition, but do not forget that it was tested a simple select; have in mind that complex operation might show another framework to be more suitable for caching over MyBatis. My recommendation would be: download CacherPOC, modify with the complex operations that you should test and check your own system speedup by using Amdhal's law. CacherPOC represents the base of complex future system tests.