Big Data has its share of supporters and cheerleaders, people who are convinced that there's nothing Big Data can't tell us, provided it's applied properly and the right questions are asked. Although the concept of Big Data predates computers, it's only in recent years, in the heart of the Information Age, ha Big Data truly been basking in the limelight.

Whether it's for the government, the business sector, academia, or the world of entertainment, it would seem that Big Data is an important tool in providing information that can shape the best policies and strategies.

Well, as good as Big Data is, surely it could never do something amazingly tough like predict a U.S. Presidential election, right?

Actually, it already did. The most recent one, to be exact.

According to the article "Big Data in the Real World: Hadoop and the Power of Data in Politics," Political Science professor Drew Linzer predicted in his blog in June 2012 that President Barack Obama would be re-elected, winning 332 electoral votes over the challenger, Mitt Romney, with 206 electoral votes. 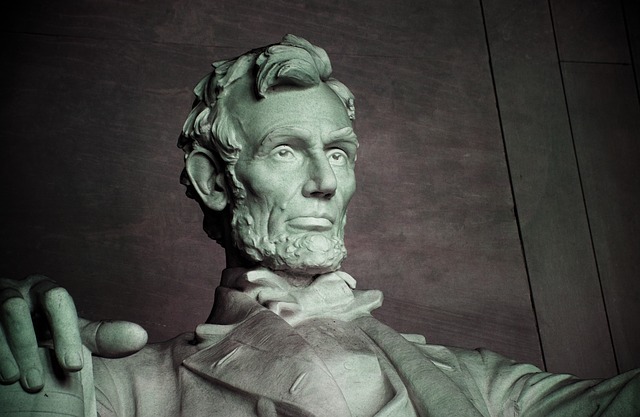 Just imagine what Lincoln could have done with Big Data...

As it turned out, that's exactly what happened. Linzer used Big Data analytics to form his conclusions, and those analytics didn't let him down. You can check out the story here.

Score one for Big Data. So okay, apparently Big Data CAN predict a Presidential election. But is that how it's going to be from now on?

In future elections, such as the upcoming one in 2016, the importance of social data as a supplement to Big Data will make itself more obvious. After all, social data is helpful for advertisers, and what is a Presidential campaign but a months-long, nationwide, hideously expensive advertising campaign?

Think about it: you have a product that you're trying to convince people to purchase, claiming that said product will make your life easier/happier/better. Aren't Presidential candidates really just simply another product, claiming enormous benefits if you buy/vote for them?

Social data is defined as data that people voluntarily offer up. For instance; I love cats, enjoy role-playing games, and I am a beer snob. That's social data. It doesn't involve names, addresses, phone numbers, or other hard data that may be obtained via Big Data. It's fluff that gives the reader a little more insight into the person offering it up.

Social data can be used by campaign managers to target groups with certain interests in common, and even tailor their election messages to suit distinct groups. Custom ads can be created to go after certain people who type in certain terms in their search engines. For instance, if someone Googles the phrase "Colt revolver", they may end up with a banner ad for a candidate who is running on a strong pro-gun platform.

Big Data can also affect elections by actually backing up a candidate's claims. For instance, if Big Data analytics shows that consumer purchases of luxury goods have risen sharply over the past year, an incumbent can point to this as a sign that their policies are in fact working. The question "Are you better off now than you were four years ago?" could conceivably be answered with a great deal of accuracy.

Big Data, social data, and good old fashioned polls will all be needed in order to make solid predictions on who is going to win the election. It will certainly be interesting to see if all of this information will make it easier to come up with a reliable forecast.