Is it realistically possible for DevOps teams to reach daily release cycles? This feat may only be possible with automated testing...

Test automation is the wave of the future in quality assurance testing. Done properly, it can alleviate human errors, improve product quality, and drastically speed up the delivery of products.

Most DevOps teams release either weekly or monthly, on average. However, many teams would like to release faster, such as daily or weekly. In a compilation study of the state of DevOps, faster release cycles lead to happier customers. But this timeline proves difficult in practical applications.

We find ourselves in a paradox with test automation. The industry desires daily releases, however...

“It takes 1-3 days to initially write test cases, followed by another 1-day through 2-weeks to update automation scripts with each release. This makes daily or weekly releases incredibly challenging. Despite this paradigm, the ROI behind test automation is compelling! Since a large percentage of QA budgets are spent on automation, combined with the challenges of keeping up with the speed of releases, it shows automation is not cheap or easy. Though it is a necessity for innovation and a leap towards modern release frequency." (Autify State of DevOps Testing)

In my opinion, I believe the industry can get to daily releases in time. QA teams are investing in the infrastructure. The right test automation tools are an important ingredient in the pipeline. 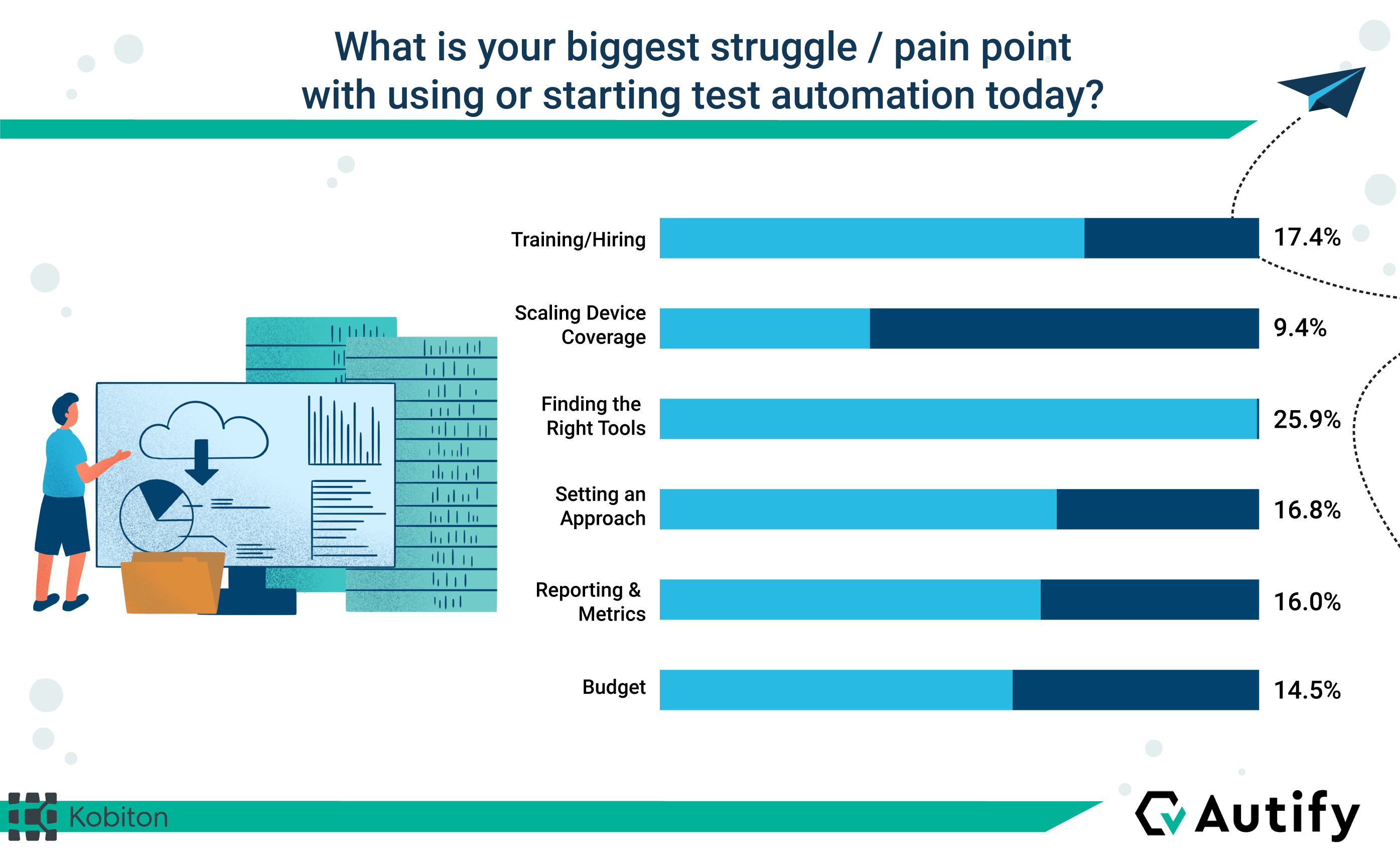 Evaluating and choosing the right tools are the largest barriers to entry regarding test automation. Many teams use Selenium WebDriver for test automation. However, at scale, it has been proven to have maintenance challenges that can add time to the release cycle rather than subtract it. If the de facto test solution cannot secure daily releases, then what solutions can?

According to Mabl, the teams with the happiest customers are not so happy with their testing tools. More than 71% reveal that they search for new tools several times per year. This indicates they are not complacent and strive for more superior methodologies.

There is a movement and migration toward “no code” testing tools. Reducing coding time for creating and maintaining test scripts, in my opinion, will help solve this challenge. Codeless test automation tools are on the rise as they free up test engineers — which are in shortage — and place the responsibility back on testers because anyone on the team can use a simple record-and-playback interface to essentially "write" test scenarios.

Test automation is clearly the answer for transitioning to daily releases. More importantly, equipping the team with the right tools is the key differentiation. No code solutions, especially those with artificial intelligence layers, can free up the team from coding and maintaining test scripts.

It is proven that QA teams are making investments in this direction. In contrast, teams investing less than 10% are far behind peers, according to statistics from Kobiton-Infostretch. Investments in test automation are vital in order to maintain happier customers, eliminate human errors, improve product quality, and strive for daily releases.

What are your thoughts? Are you a QA tester? Does your shop use test automation? What testing tools do you use? Does your team release daily?

I would love to hear your opinions about your release cycles in the comments.