Social networks have proven the ability to provide a wide range of fascinating insights into our behaviors and moods. Might they also provide insight into whether we're likely to quit our job? That was the question posed by a recent study from the University of Exeter, which aimed to build upon previous work that shows how people with large social networks at work are less likely to resign than colleagues with smaller networks. Do the changes in how we engage with our network provide similar insights? 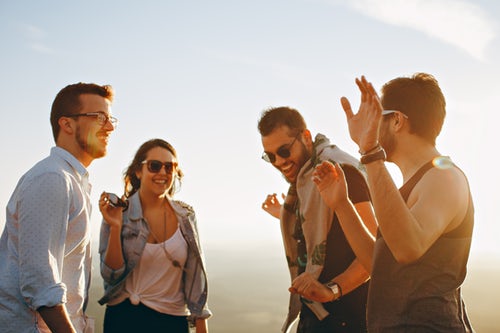 It finds that the size of our network may, in fact, be a false friend and that there is a clear trend in the type of networks — and the type of behavior within them — among people planning to jump ship.

The analysis revealed that the networks of people thinking of quitting generally didn't change in terms of size, but very much did in terms of behavior within the network. For instance, if people were happy and content, they would typically seek out help and advice from colleagues, with the same people turned to repeatedly.

This differs markedly among those who are thinking of leaving the job. For them, there was a clear change in the people they turned to for advice, with old sages dropped in favor of new mentors. The authors suggest that the advice process is a form of tit-for-tat that requires give and take from both parties. So if people are sticking around, they tend to limit the circle so as to perform that effectively. When people are leaving, however, it can be a more take than give relationship.

While this level of network churn was evident in advice networks, the opposite occurred in friendship networks. In these, perhaps unsurprisingly, it emerged that those looking at pastures new were reluctant to change their friendship networks much, either in terms of adding new people to it or dropping ties with existing friends.

It's well known that humans are social creatures and have an inherent need to belong. The social bonds we form with colleagues form a big part of that, so leaving an organization can prove to be a wrench. It's logical, therefore, that if people are looking to move on, they seek to firm up the relationships they have before doing so.

Now, it perhaps goes without saying that it's not always easy for managers to observe the social networks of employees, much less monitor any changes in them, although this might potentially begin to change if wearable devices become more widespread in the workplace. Nonetheless, it does provide some signs to look out for that may indicate an employee looking to leave the business.