I was alarmed to read this week that the Alabama Senate has passed a bill to outlaw abortion under almost all circumstances, including cases of rape and/or incest. Under the bill, doctors face 10 years in prison for attempting to terminate a pregnancy and 99 years for carrying out the procedure. It's just one recent example of the legislative erosion of women's reproductive rights. Fortunately, for decades, women's reproductive rights groups, health providers, technologists, and hackers have been working together internationally to support a women's right to choose. They've created a legacy of work that may be able to help. Let's take a look:

2018 research by the Journal of Medical Internet Research revealed that 27 major cities are 100 miles or more from their nearest abortion provider. The worst major city for abortion access is Rapid City, South Dakota, where women must travel 318 miles to get an abortion. Many women face significant barriers in reaching an abortion clinic. The time, money, lost wages, and childcare arrangements involved in accessing this basic reproductive right can be a substantial hardship for many women.

Although surgical abortions require clinic visits, over 30 percent of abortions are done with medication and might be provided with telemedicine – using webcams and video chats to diagnose and treat these patients, Dr. Elizabeth Raymond of Gynuity Health Projects in New York and colleagues argue in JAMA Internal Medicine.Gynuity launched a project in the U.S. called TelAbortion to evaluate the feasibility and acceptability of a model to provide medical abortion by telemedicine. In this project women receive counseling via videoconference with an abortion provider, obtain screening tests at facilities close to them, and if eligible, receive mifepristone (also known as RU-486) and misoprostol through the mail. The woman has post-abortion tests at facilities close to her, and a follow-up consultation with the abortion provider.

A comparable service was created in Australia at the Tabbot Foundation, founded in 2015, which provided medical terminations to around 6,000 Australian women. The service provided terminations in all jurisdictions except South Australia (where it is illegal to have an abortion outside of a prescribed hospital). A referral was arranged for an ultrasound and pathology test, then a medical consultation is carried out by phone with their doctor and clinical psychologist. If a medical termination is considered most appropriate, they then supply all medications necessary. They also provided a 24-hour on-call doctor and calls by a nurse to follow up. The cost was $250AUD, significantly cheaper than surgery. Unfortunately, the Tabbot Foundation closed in March this year due to a lack of funding. 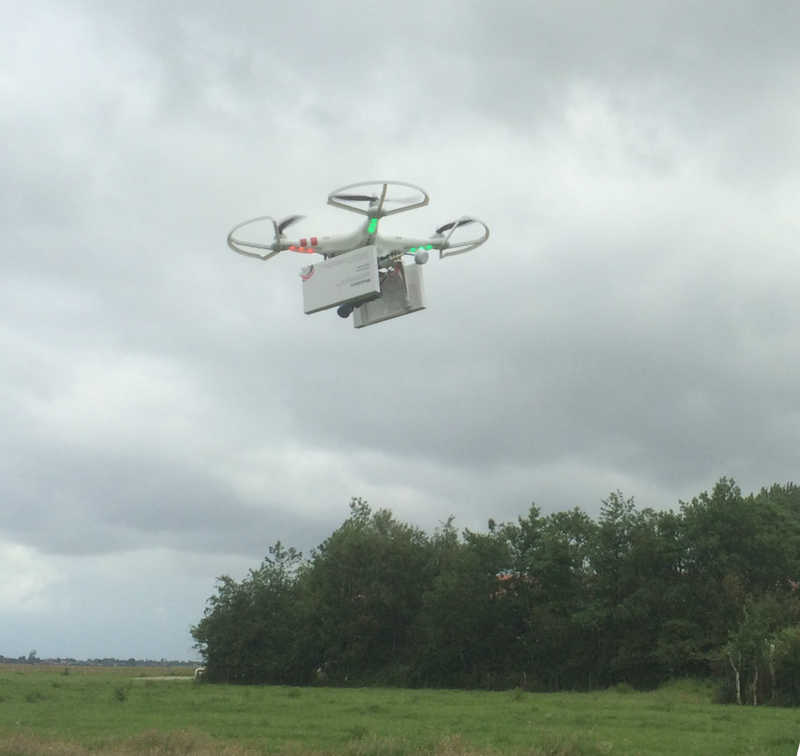 In June 2015, Women on Waves launched their first delivery of abortion pills from Frankfurt an der Oder in Germany to Słubice in Poland (where abortion has been significantly restricted since 1993) via drone. As the drone weighed less than 5 kg, is not used for any commercial purposes, stayed within the sight of the person flying it and did not fly in controlled airspace, no authorization was required under Polish or German law. A similar flight occurred the following year delivering medication to Northern Ireland from the Republic of Ireland.

Abortion Access Hackathons developed out of a need to bring tech resources and innovation to abortion providers and advocates, the first hackathon commenced at UC Davis in September of 2016. Hackathons have since followed in San Francisco (hosted by GitHub), New York City, and Austin, Texas.

One creation was The Abortion Policy API, an up-to-date tool that categorizes state laws on abortion access for accurate representation. It's a central database of all data about abortion policies in the US. Other projects focus on improving and streamlining in-house tech at clinics and health providers, saving valuable time and money.

Another project derived from the Hackathons was Expose Fake Clinics. There are close to 4,000 fake women's health centers all over the country vs. only 780 real abortion providers. Google has been previously criticized for allowing crisis pregnancy centers or CPCs to appear on Google Maps when searching for abortion clinics. Such clinics do NOT provide comprehensive reproductive health care — or much of any "health care" at all. Instead, they use phony ads to trick pregnant people into making an appointment, promising “free ultrasounds” or “pregnancy support.” Once inside, people are lied to, shamed, and pressured about their reproductive health decisions, often delaying their procedure or pushing them past the deadline for a legal abortion altogether. The website provides detailed resources on reproductive rights, including a real-time map to identify fake clinics and enable women to post reviews warning others.

The reality is that false information can put women's lives at risk. Pro-choice websites including those for health care providers are notoriously at risk from attacks from anti-abortionists, crippling website, diverting already limited funds from health care to security personnel. Anti-abortion groups have been deploying digital attacks for years, including DDoS attacks on abortion care center websites and sustained online harassment.

America is privy to a disturbing erosion of reproductive rights. It's not unreasonable to foresee activists rallying to exert their influence at the upcoming state and federal election ballot boxes. One thing technology has provided is the means to collaborate, organize and advocate — and for the rest of the world to bear witness.

Robocops Are Here (but Not as You Think)

Flutter vs. React Native App Development: Who Will Win the Race?