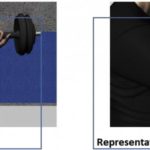 During the Maratona dles Dolomites bike race, there is a climb called the Passo Giau that is not only the hardest on the route but also comes with many kilometers of hard riding in the legs with the temperature at its hottest. It’s around an hour of incredibly hard graft that is as much mind as it is matter. You have to convince yourself to keep turning the pedals despite your mind screaming at you to stop and rest.

This ability for the body to be capable of much more than the mind wants to allow us is pretty well known, and a lot of elite sports require conditioning yourself mentally to push through this kind of physical strain. Can virtual reality help? That was the question posed by a recent study from the University of Kent.

Researchers monitored 80 volunteers performing isometric bicep curls, with the weight set at 20 percent of their maximum. Each person was asked to hold the position for as long as possible. The group was split into two, with the control half doing the exercise in a simple room with table, chair, and a yoga mat on the floor.

The second group performed exercises in the same room, but they wore a VR headset that provided a visual representation of an arm and the weight, which you can see in the image above.

The results were fascinating and they showed that those in the VR-powered group reported lower perceptions of both pain and effort than their peers in the control group. After a minute of activity, their reported pain intensity was a considerable 10 percent lower than the control group.

Their time to exhaustion was also better by around two minutes, whilst their heart rate was a consistent three beats per minute lower than the control group.

The team believes that the results suggest a possible way to encourage the less active to do more exercise by reducing the perceived pain they endure during the exercise itself and thus encourage activity.

“It is clear from the data gathered that the use of VR technology can improve performance during exercise on a number of criteria. This could have major implications for exercise regimes for everyone, from occasional gym users to professional athletes,” they concluded.