The most innovative move in car technology today is the idea of self-driving vehicles. With companies like Google and Tesla leading the way, this futuristic plan may not be so far off.

Let's begin by talking about Tesla... 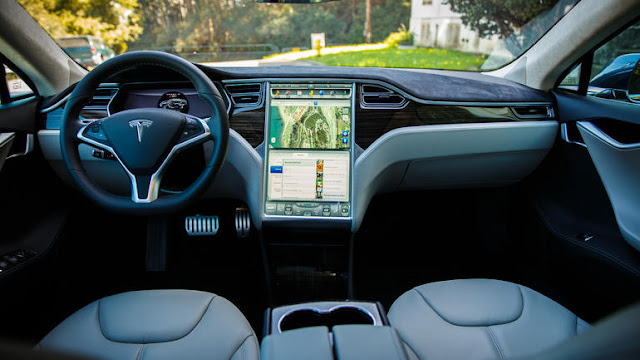 The Tesla Autopilot beta released a few months ago alongside the manufacturer's Version 7.0 software update for the Tesla Model S. First off, take note that the Autopilot feature was released as a digital update available for download to the car's software via its always-on wireless connection. The upgrade makes use of hardware equipped in the Model S at its release: a forward radar, a forward-looking camera, 12 long-range ultrasonic sensors positioned to sense 16 feet around the car in every direction at all speeds, and a high-precision digitally-controlled electric assist braking system. And though the Autopilot function doesn't claim to offer complete hands-free driving, advising users to remain vigilant and keep both hands on the wheel, confident owners are already giving up the reigns and allowing their cars to navigate. The feature apparently works best in dense traffic and on well-marked roads, but it currently can't detect stop signs or traffic lights very well. It's geared toward highway driving, not fine-tuned for cruising neighborhoods or commercial areas. However, with a very capable, nearly autonomous driving system already available to the public, a future in which self-driving cars chauffeur passengers from place to place is clearly on the horizon.

Google, on the other hand, is still hard at work on their concept for completely driver-less cars. Utilizing LIDAR (light-based radar) sensors, the Google-made cars may look a little silly, but they function incredibly well without the need of any driver assistance. They don't even have steering wheels. Just check out this video. Of course, already partnering up with existing car manufacturers, the Google system is likely to be adopted by many car companies looking for a driver-free solution. Let's just hope that this stops happening! 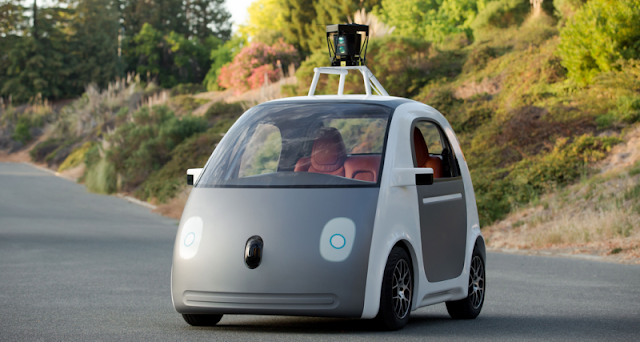 So, what else can we learn from this technology? Well, both Tesla and Google are intensely collecting massive amounts of data through their self-driving car programs that will redefine our current knowledge of mapping and artificial intelligence.

For instance, with Tesla's release of the Autopilot update, the company plans to utilize the wireless network built into these cars to deliver usage information which will be broken down by machine learning algorithms to figure out how to improve the system. With each piece of data being sent from a Tesla car, the Autopilot system will learn information like how drivers respond to turning a corner or whether drivers see road signs that the car doesn't. And, based on a user's response, the system will adapt and update each car in the fleet. With this crowd-sourced information, the system is able to analyze data from every Tesla on the road and communicate the results back to each car, thus improving the experience over time.

As mentioned before, both Tesla and Google have begun to revamp our current mapping systems. With Google already experienced at mapping roads worldwide for Google Maps, the company is taking a similar, though much more precise, approach by sending engineers out to drive each and every road being mapped. This way the data can be digitalized and programmed into the software, giving the car a predetermined expectation of the road without having to use only sensors to read surroundings (although sensors still play a large part in recognizing other vehicles/obstacles on the road). Likewise, Tesla's automobiles are constantly gathering data and funneling it through their smart AI system to build hyper-detailed maps which are updated regularly whenever a Tesla equipped with the new hardware sensors is driven. And, in a bit of an overlap with Google, Tesla also has its own research vehicles combing the roads to gather more information. With expertly-tuned maps, both companies hope to give their cars a clear view of the road before they're even on it. 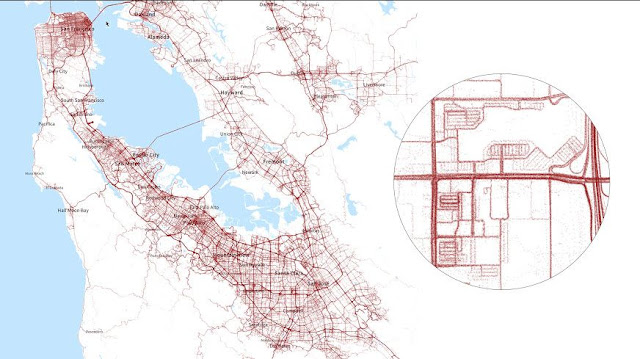 Aside from being driver-less, connected cars currently offer a plethora of other interesting and useful features. Sensors can be used to gather information about a car's emissions, enable a driver to have keyless entry/start, monitor a certain part's durability/fluid availability, or potentially communicate with other connected devices to provide various information/interactions (for instance, a garage door that recognizes your car approaching and opens automatically.) With many potential use-cases available, these sensors and embedded devices need to be specialized for various challenges, such as security/privacy, always-on internet access, power consumption, durability, and affordability. Both Telit and TE are companies focused on developing sensors, embedded devices, and other connectivity products for OEMs and vehicle manufacturers.

Now, back to driver-less cars...

One must ask, what are the opportunities and repercussions of cars that drive us? Well, one would hope that driving accidents would decrease, passengers would be freed up to relax and enjoy themselves, and a safe system to counteract drunk driving would now become available. On the other hand, can the systems be reasonably trusted to fully understand adjustable factors like weather conditions and road deterioration? Or worse, are they in danger of being hacked and manipulated to cause passengers harm? Surely there are many perks and pitfalls to take into consideration, but as technology progresses, the future of driver-free cars seems inevitable.

So, what do you think? Ready for your car to drive you, or is this idea out of control?