I’ve never been to CeBit before, but it’s reasonably well-known on the tech conference circuit for announcements, and as it’s only a two-hour train ride from home, I jumped on a Deutsche Bahn and headed to the Worlds largest fairground in Hannover.

The first thing that strikes you about CeBIT is the sheer amount of technology that you never knew existed. There are rooms full of suppliers of data center hardware, from gigantic rack mounting systems to network cable heads, to consultants who will handle the whole job of sourcing these myriad parts for you. 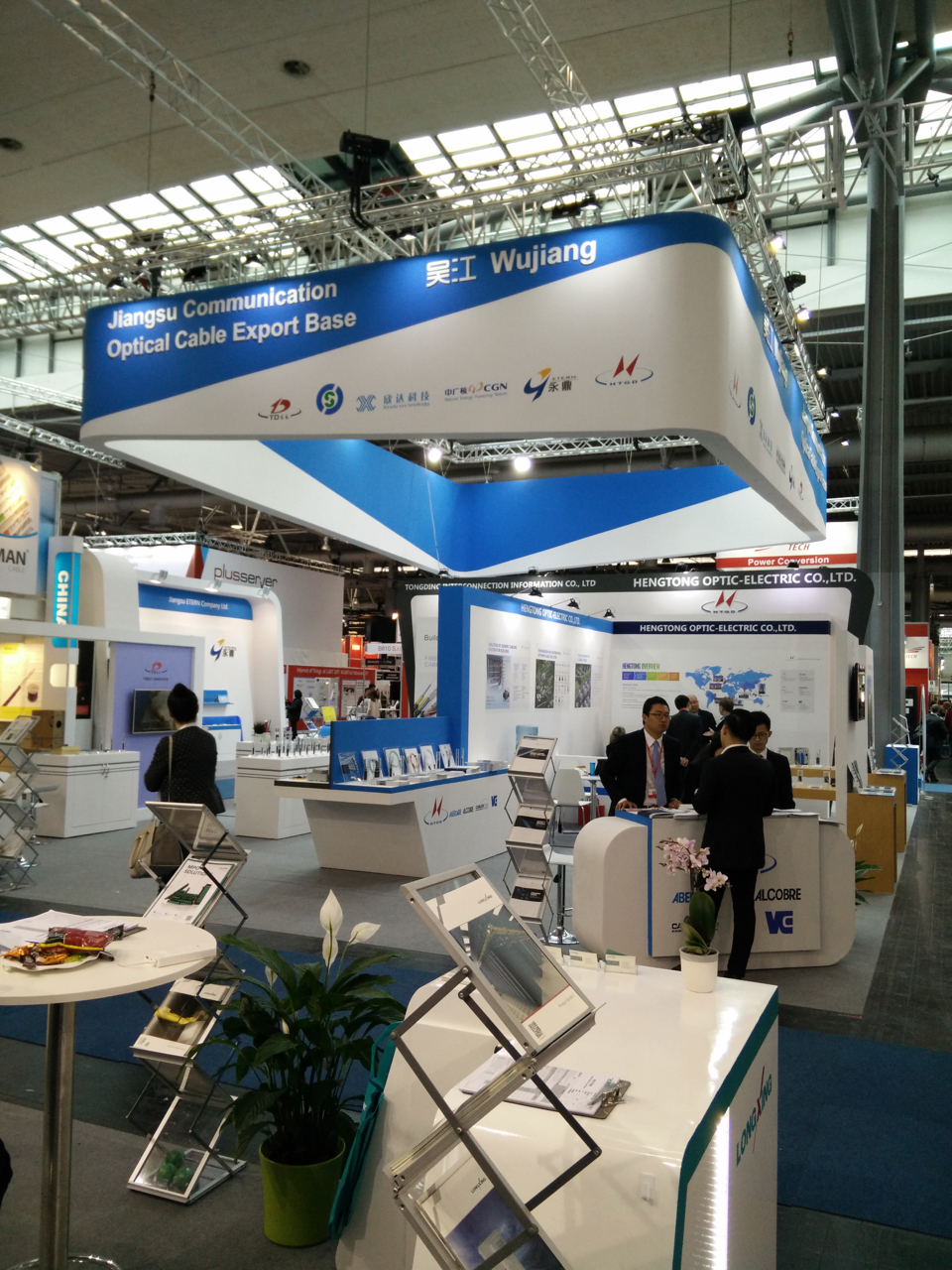 There are other rooms full of suppliers of business software, intending to increase the productivity of a dizzying amount of areas of your business that you didn’t even know needed optimizing.

CeBIT was more Germany-focused than I was expecting. There was also an entire hall full of booths from German state and federal departments, promoting their activities and tech business programs. 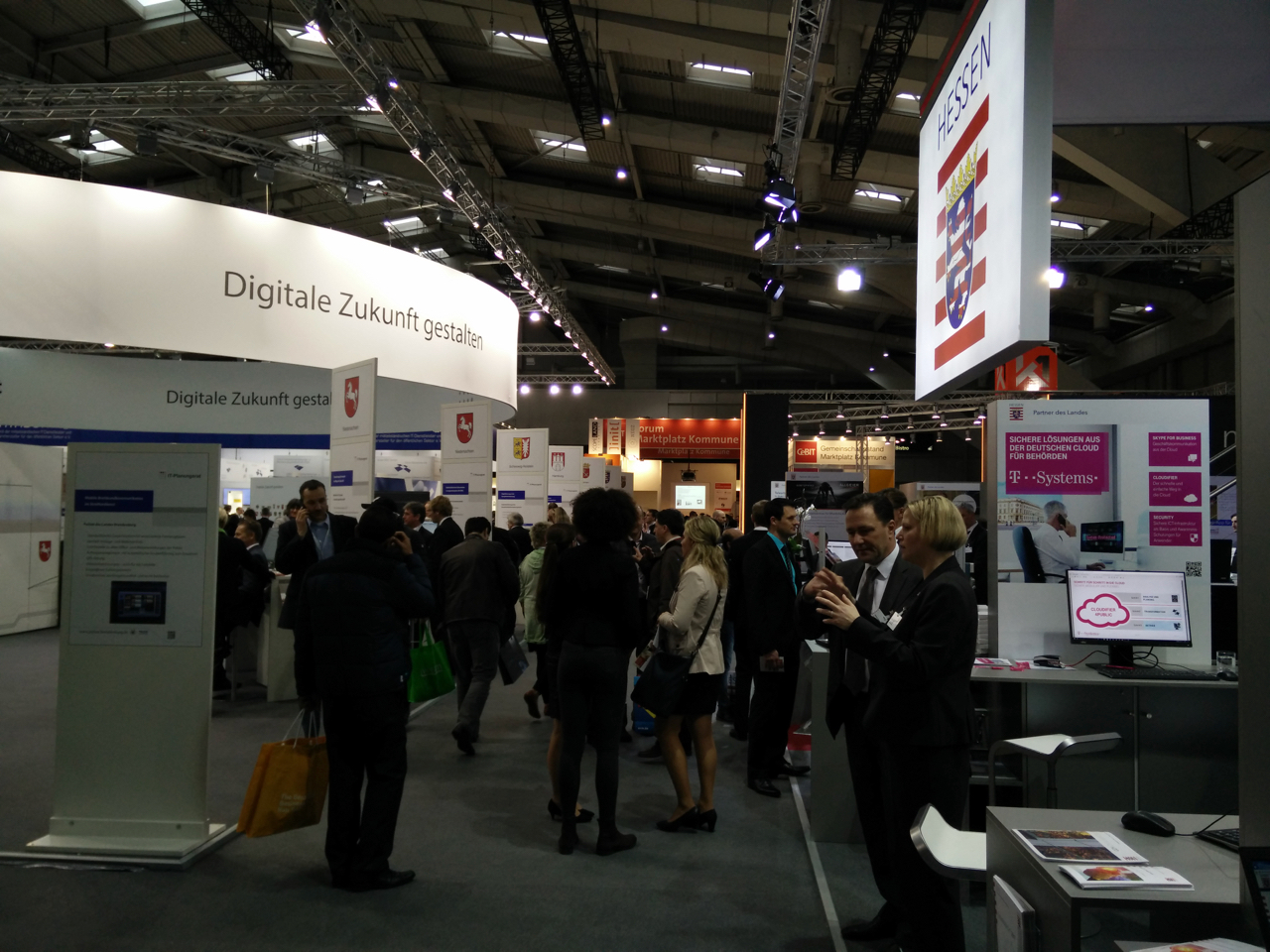 Amongst all of this, it’s hard to find nuggets that might appeal to a more developer-focused audience, but I dug out my best deerstalker and ignored the plethora of pamphlets thrown in my direction to find the tidbits that would appeal to the biters of bits.

In a similar vein to my IoIT article, while many consumers are aware of VR and AR from gaming, the real growth industry is using reality affecting devices for industrial and commercial applications. This includes real estate, architecture, metering, marketing, medical procedures, and tourism. Companies tend to specialize in one industry sector and supply software to existing hardware, but GlassUp’s F4 was one of a range of specialized glasses that you can use in multiple industrial applications. 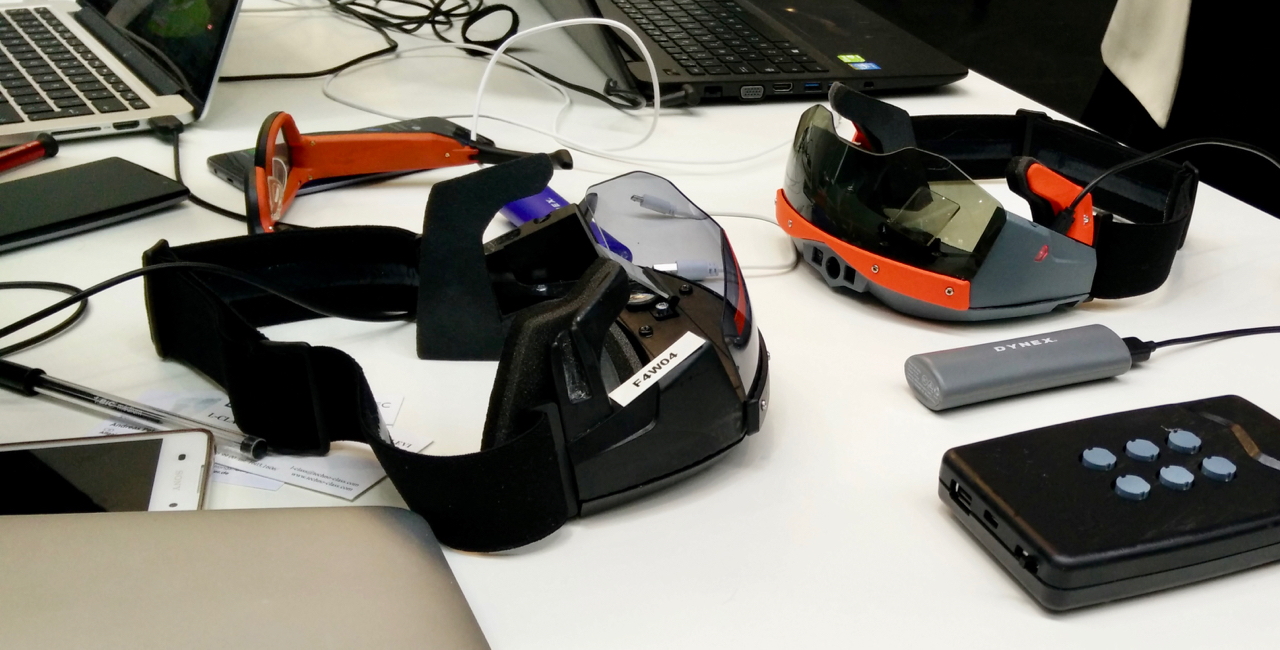 The march of the robots continues, and whilst there were a handful of companies developing advanced machines for specific and general roles, I came across a surprising amount of cheap clones of existing models. For example, I saw at least three Pepper clones. I even saw a stall offering cheap service robots branded with your logo, have robots jumped the shark before they’ve even arrived? 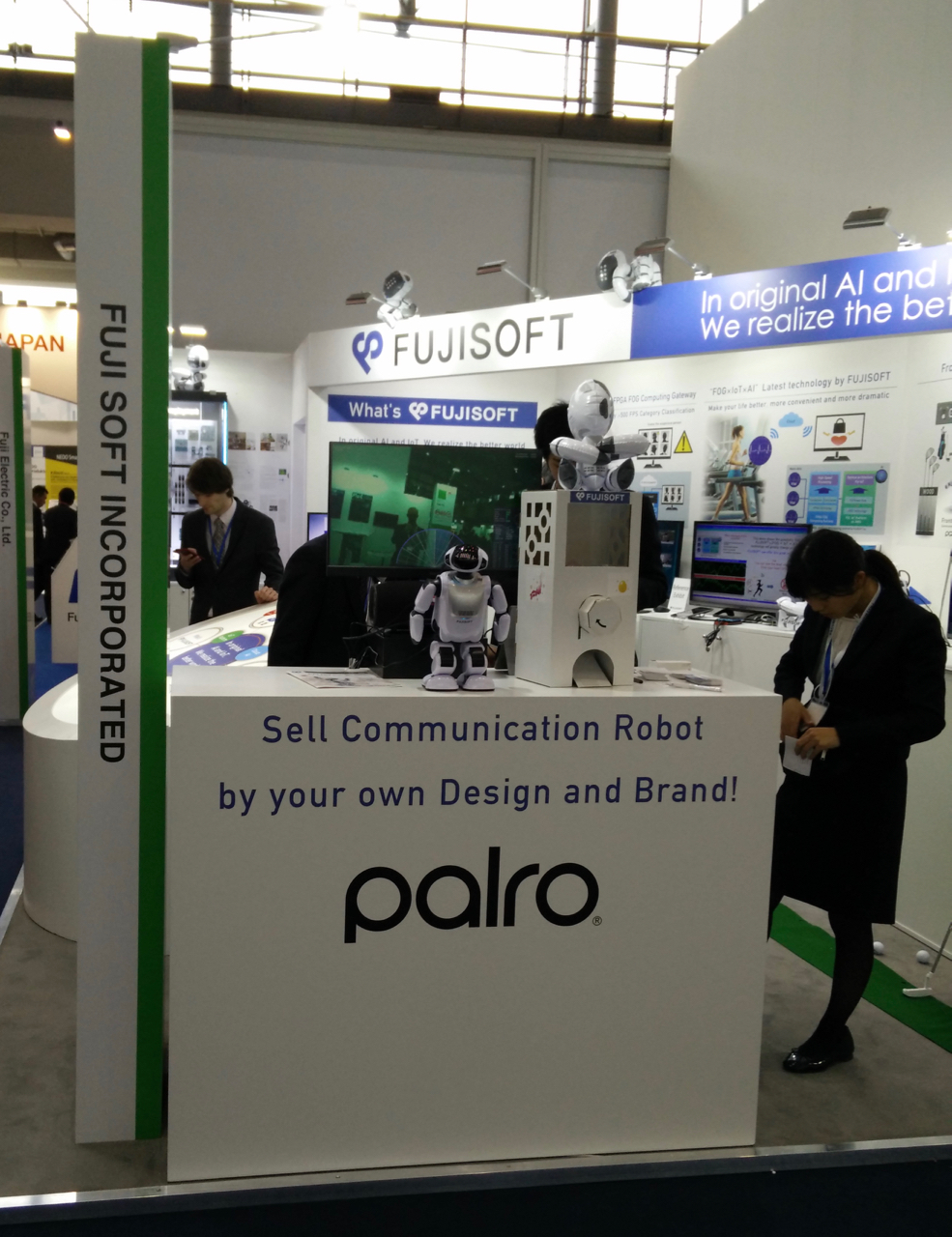 I somehow missed Makeblock in my roundup post on “Teaching Children to Code,” which was even more surprising as they are popular in German schools. I received a quick booth tour of their products, which include a programmable drone/boat combination, several base kits, and expansions to them. All are programmable through Makerblock’s custom app, or Swift playgrounds (the first time I’ve heard of external devices connecting to the app) and have dozens of tutorials available, making it easy to start your child and leaving them to discover their own adventure. Finally, they showed me a prototype of their new product (similar to SAM blocks I covered in my article) which will be a series of inter-connectable blocks for even more flexibility in programming crazy ideas. 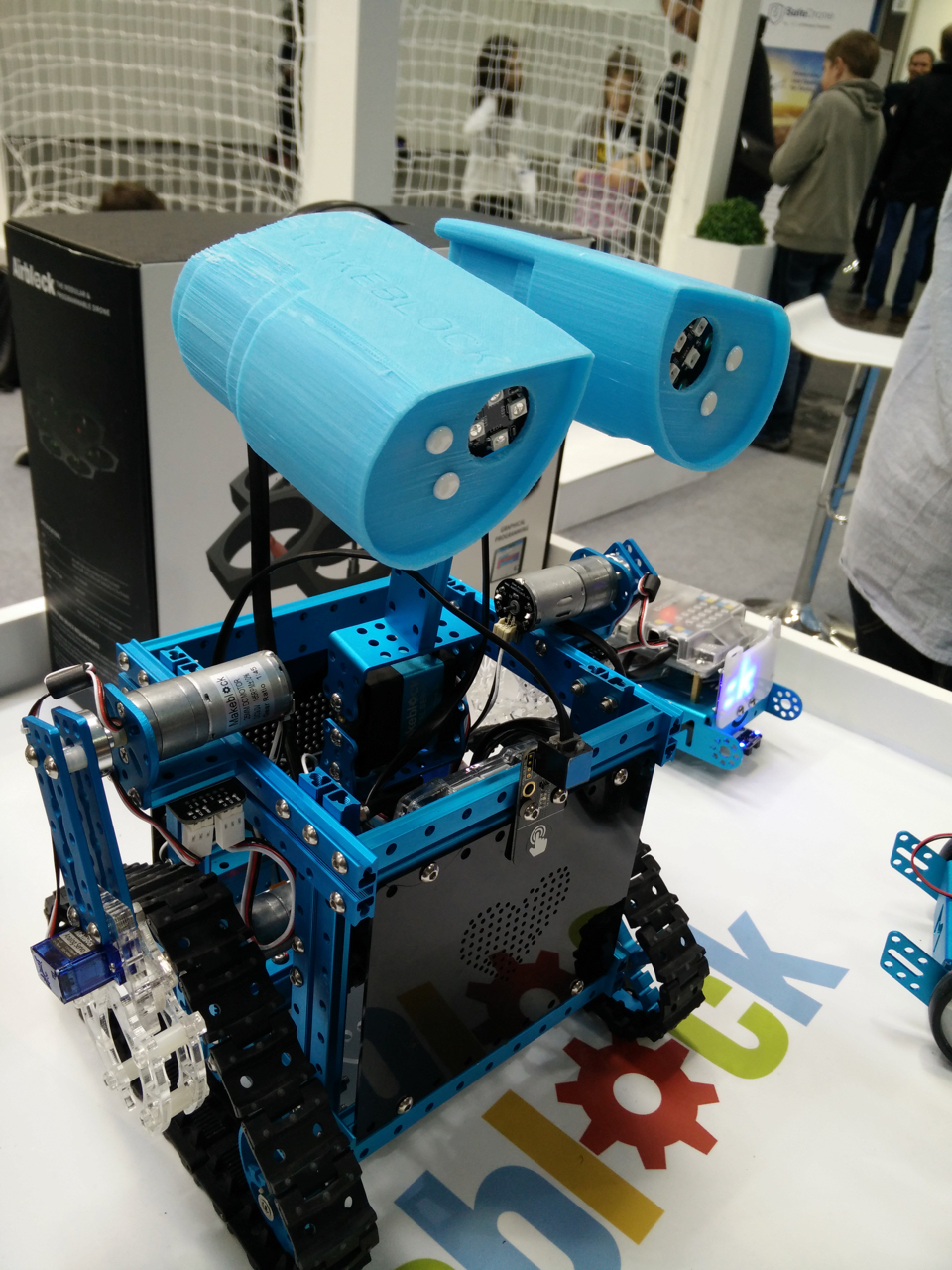 As the amount of data we record and process increases, so have a number of platforms tasked with helping you store, manage and analyze this data, in fact, there was an entire hall at CeBIT dedicated to the field. Many are generic, similar, and offer little to differentiate, but I found Dataiku nestled in a far corner of the hall that offered something different that will appeal to more technically minded folks.

Dataiku, is, in essence, a data import, management, and analytics tool, but it’s sheer power and flexibility is what caught my eye, and will appeal to data scientists and analysts. You can plug in multiple data sources, clean data automatically, export to multiple sources, create automated pipelines, and so much more. The ability to potentially perform joins across NoSQL databases was especially interesting. You can install on premises for free (with some features limited), or host in the cloud for an undisclosed fee.

That catchy title is the English translation of the CeBIT (Centrum für Büroautomation, Informationstechnologie und Telekommunikation) acronym, and sums up my feelings of CeBIT generally. Despite its reputation among consumer tech fans, it’s really all about business, which can make it somewhat dull, but I hope some of these topics interested you.