The new option is described in a blog post and product documentation. In this post, we will review the new features in Amazon Load Balancer, then compare its pricing and features to open source NGINX and NGINX Plus. We will also describe the role of Classic Load Balancer with respect to these alternatives.

Note: See our previous blog post for a direct comparison of NGINX Plus and AWS Classic Load Balancer, as well as information on using them together. 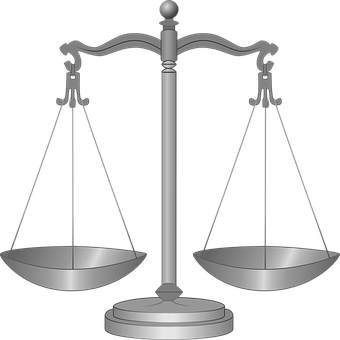 ALB is a significant update for AWS users who have struggled with ELB’s limited feature set, and it goes some way toward addressing the requirements of sophisticated users who need to be able to secure, optimize and control the traffic to their web applications. However, it does fall short of the capabilities of dedicated reverse proxies (such as NGINX) and load balancers (such as NGINX Plus).

A Better Approach to Control Traffic on AWS

Rather than using Amazon ALB, users can deploy open source NGINX or NGINX Plus on AWS to control and load balance traffic. They may wish to deploy Amazon Classic Load Balancer as a front-end to achieve high availability across multiple availability zones.

Of course, you should evaluate your load balancing choice not by a feature checklist, but by assessing the capabilities you need to deliver your applications flawlessly, with high security, maximum availability and full control.

Amazon’s Classic Load Balancer (formerly ELB) suffered from a poor response to traffic spikes. Load balancer instances were automatically sized for the current level of traffic, and it could take many minutes for ELB to respond and deploy additional capacity when spikes occurred. Users had to resort to a manual, forms-based process to request additional resources in advance of traffic spikes (referred to as “pre-warming”). It’s likely that ALB will have similar limitations and require similar processes to scale.

NGINX and NGINX Plus are deployed within standard Amazon instances, and our sizing guide gives an indication of the potential peak performance of each instance type. Pricing for NGINX Plus is the same for all instance sizes, so it’s cost-effective to deploy excess capacity to handle spikes, and it’s quick to deploy more instances – no forms to complete – when more capacity is needed.

Our initial testing of Amazon ALB indicates that it does not implement “passive” health checks. A server is only detected as having failed once an asynchronous test verifies that its is not returning the expected status code.

We discovered this by creating an ALB instance that load–balanced a cluster of instances. We configured a health check with the minimum five-second frequency and a minimum threshold of two failed checks, then sent a steady stream of requests to the ALB. When we stopped one of the instances, for some requests ALB returned a 502 error for several seconds until the health check detected the instance was down. Passive health checks prevent these types of errors from being seen by end users.

ALB’s health checks can only determine the health of an instance by inspecting the HTTP status code (e.g. 200 OK or 404 Not Found). Such health checks are unreliable; for example, some web applications replace server-generated errors with user-friendly pages, and some errors are only reported in the body of a web page.

NGINX Plus’ health checks are more powerful, matching responses against the body of a response as well as the status code.

Finally, the biggest question you face if you deploy the new ALB service is cost. ELB can be a significant part of your Amazon bill, and the need to run one ELB instance per application can make it prohibitively expensive.

ALB carries the same limitation, and the pricing seems even more complex. Unless you know precisely how many new connections, how many concurrent connections, and how much data you will manage each month — which is very hard to predict — and you can run the LCU calculation the same way that Amazon does, you’ll be dreading your Amazon bill each month.

NGINX Plus on AWS gives you complete predictability. For $0.25/hour plus AWS hosting charges, you get a significantly more powerful load balancing solution with full support.

NGINX Plus is a proven and superior solution for Layer 7 load balancing, with Layer 4 load-balancing features as well. It works well in tandem with Amazon’s own ELB/Classic Load Balancer.

ALB is a limited, unproven, and — at deployment volumes — expensive solution. Prudence suggests waiting to hear from other users as to features, functionality, reliability, and expense before depending on any new solution.

We encourage the continuing and growing use of NGINX and NGINX Plus in the AWS environment, already a very popular solution. If you are not already an NGINX Plus user, you can try NGINX Plus for free today.

How to Securely Deploy Neo4J Into Amazon Web Services

Published at DZone with permission of Owen Garrett . See the original article here.