Every so often, enterprise teams begin with a deep dive on a specific business problem and then map the potential of using the right technology to deliver the complete solution. Given the uniqueness of the Internet of Things (IoT), it is impossible to build out the entire solution with a particular vendor. This is because the solutions usually span multiple eco-systems. For example, there may be traditional non-Ethernet sensors, gateways that connect these, Cloud-based backend systems, big data and analytics systems, and finally, tools and other applications that all make up one solution.

We often hear questions or statements (especially in the case of IoT) such as:

Businesses and their developers often straddle these kinds of questions while thinking about leveraging IoT.  Another set of questions we often hear include: How does one use Cisco Technology? Or: Cisco and API?

Here at Cisco’s DevNet, we have listened to these questions and tried our best to deliver an easy-to-use (drag-and-drop) Integrated Development Environment (IDE) Platform to help developers kick-start their efforts on IoT with the ability to use various technologies not just limited to Cisco. The IDE itself is pure HTML5/JavaScript and uses Cisco’s own NeXt UI Toolkit. Here's what it looks like: 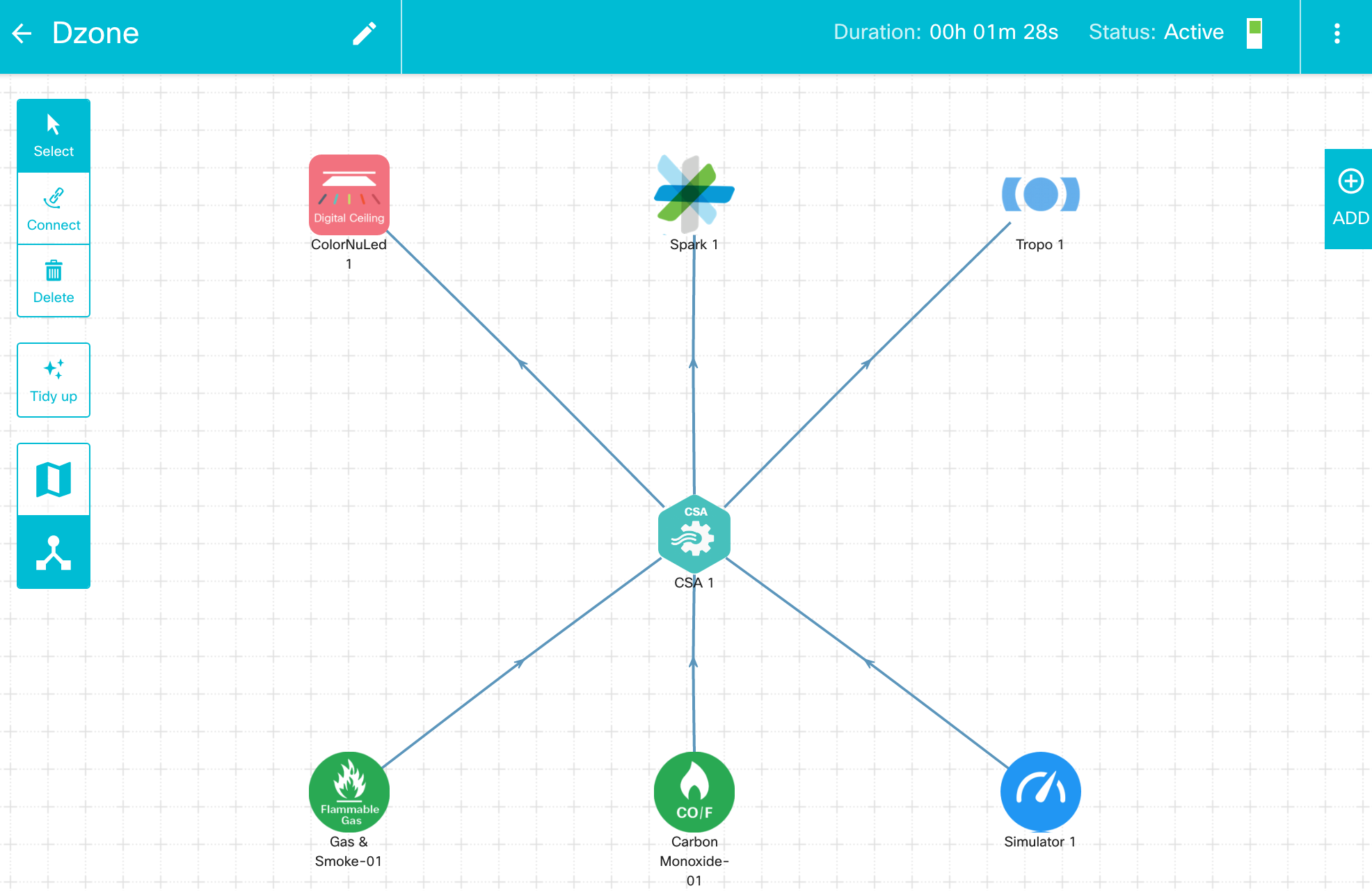 Once we had these probing questions, we took a step back and thought: What makes up an IoT Solution? Simply put, it consists of a set of:

We have made the life of IoT developers much easier. The developers can start using the IDE without any hardware or even knowledge of any IoT technologies or protocols.

Now, let’s dive a little bit deeper into these options:

Once you have built your application using the drag-and-drop canvas (in the logical view), you can also visualize the placement of the various sensors or even see the values from the sensors in real-time in what we call the map view.

Now that we have gone through the DevIoT building blocks, let's walk through a real-life use case. The use-case that we will build out has to do with a building management system. Let's assume that the buildings are set up with various sensors which monitor different environmental sensors such as smoke detectors, carbon monoxide, etc. With DevIoT we will build out a solution which will monitor the carbon monoxide levels on the floor. If the levels go above the threshold, three actions will be taken:

In summary, Cisco DevIoT is a very intuitive and easy to use IDE to design, test, and operate your IoT solution.  You can give it a spin today. Simply point your browser to https://developer.cisco.com/site/devnetlabs/deviot/ and give it a go.