I was lucky to get my Cloud Native Patterns (video, slides) lightning talk accepted and attended CloudNativeCon + KubeCon Europe 2017 in Berlin. The following is a quick brain/camera dump while the adrenaline and the excitement of the conference are still in my veins.

The conference had 1,200 attendees, which was three times bigger than last year's conference in London. 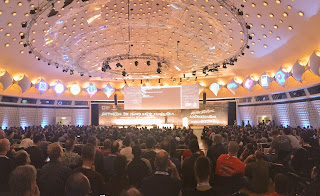 A few quick stats about the Kubernetes community (video) by Chen Goldberg: 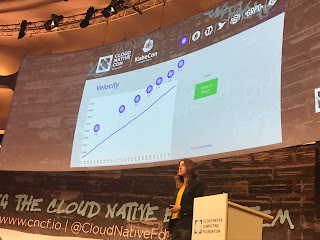 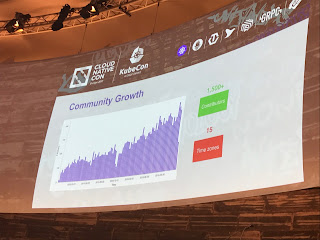 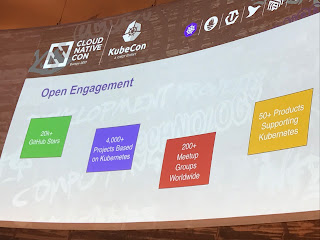 What is Cloud Native and Why Should I Care (video)? by Alexis Richardson: 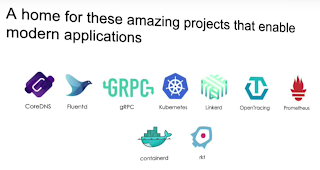 Software is eating the world.

Cloud (is that Cloud Native?) is eating open source. 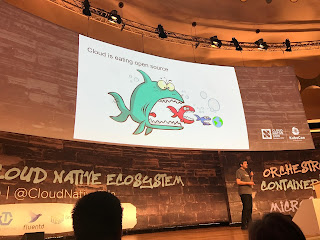 All the sessions were really well attended and, in some sessions, people weren't let in. Below is a shot (and the video) from Autoscaling in Kubernetes by Marcin Wielgus. 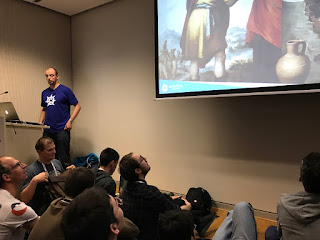 It was also interesting to see that Philips Hue (smart lights) started evaluating Kubernetes after last year's KubeCon, and today they, run a smart light backend in production. 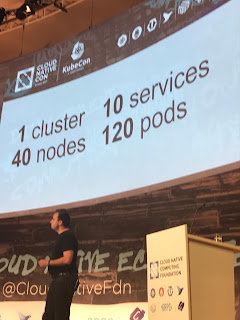 Michelle Noorali from Deis did an excellent talk on getting this point across, and so did Joe Beda.

Coming from a Java background, this is a topic that is close to my heart as well. I've been trying to educate the Java community why containerized, cloud-native points of view and Kubernetes matter, and it is great to see that it is a widely recognized theme and a priority for the cloud-native community. 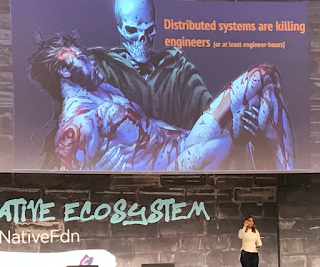 Lots of companies presented at the conference, from big players such Google, Red Hat, IBM, and Microsoft (which also offers Kubernetes as a service), to Mesosphere. And there were many other smaller companies and new startups, where everybody does something around cloud-native. (Would have been nice if Cloud Foundry had also shown up as cloud-native pioneers). 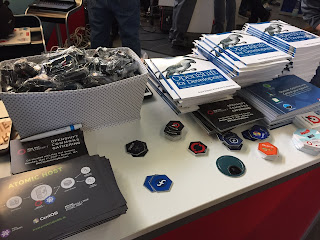