I thought it’d be interesting to compare how many people admit to knowing ancient programming languages on their LinkedIn pages. This is in a contrast to my post on the popularity of hip JVM languages Scala and Clojure. True to it’s reputation for scientific computation power, Fortran is primarily used by scientific organization – an interesting contrast to Clojure and Scala, where LinkedIn shows primarily open-source companies behind language tools (Typesafe, Apache, etc). 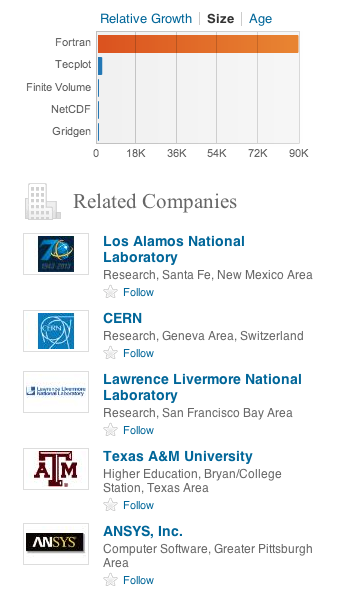 Cobol, by contrast, is claimed almost entirely by big consulting firms. If these firms push to sell services in a particular skill, they are almost guaranteed to show up in the results – hard to beat a company like TCS, which has 238,000 employees, or Infosys, which has 156,000 employees. 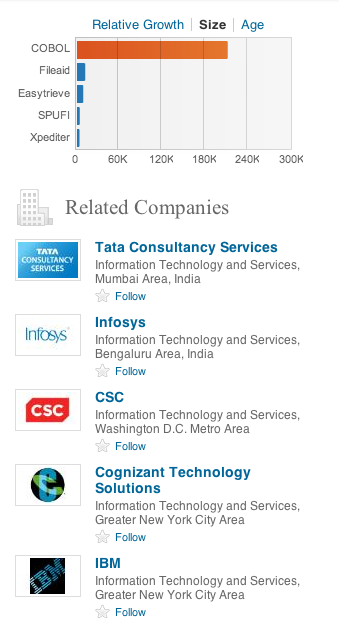 I’m not sure how accurate the data LinkedIn provides is – one surprising result here is both these languages skew young. Likely, LinkedIn is self-selected to younger people, being more likely to look for jobs, especially in software, and more perhaps likely to be open online. These may also skew based on the Indian firms mentioned above.

Fortran use by age 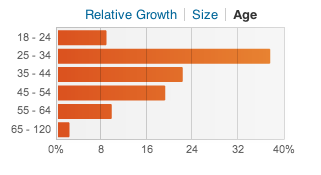 Cobol use by age 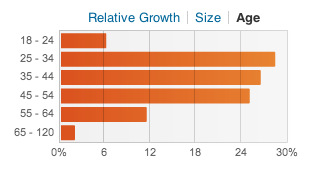 Node.Js use by age

Consider the comparison to a relatively new technology, Node.js: