Project teams are often faced with challenges maximizing value from diverse toolsets usage in the projects. Defining processes to the projects with access to tools at the right time and the right place is critical to maximizing the productivity of the project.

Project teams spend a significant amount of their time and effort in manual activities such as rework for fixing common code issues, enforcing quality standards, code reviews, testing, and handling performance issues. There is a need to create awareness in project teams to effectively use tools to take pro-active steps for improving code quality and to automate manual activities.

The common set of tools, predominantly open-source, to promote the usage of tools to improve the overall quality and productivity in application development and maintenance engagements.

Currently, Organizations are known to prefer only commercial software for software development. Over the years, open-source software from Apache, Red Hat, Google, and Source forge has become robust and gained acceptance at many enterprises. There is a paradigm shift now in enterprises from commercial to open source tools for overall productivity gains and better TCO. 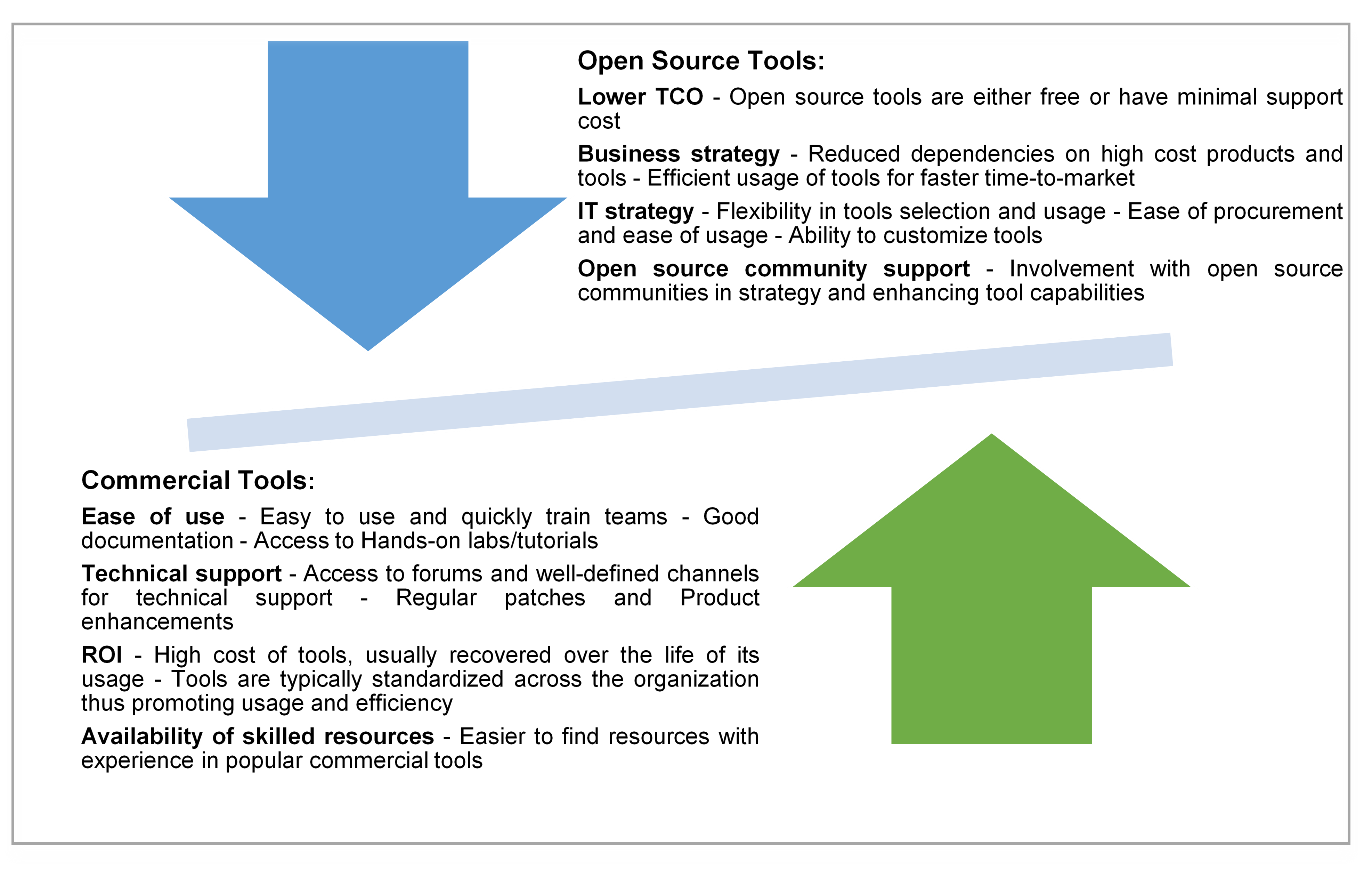 The following are recommended open-source tools  to increase code quality and team productivity:

By using the above Open Source tools adoption in developers IDE’s as plug-ins. The quality of the code improves to avoid duplicate code and monitors code complexity, which leads to transparency of code to the development team. Using unit testing and coverage tools helps developers to do black-box testing efficiently. Using the above tools projects can see the benefit of quality improvement by 15-20% and productivity by 10-15% to avoid manual code quality checks. All the Application Lifecycle management tools help the project teams to track the tasks end-end traceability that helps the management to track the project activities seamlessly.