Code sharing reaches new levels with these services that flatten the app-development flow chart via reusability to the nth.

The developer tradition of sharing code is taking several new forms to keep pace with changes in the way applications are created these days.

One of the newest code-sharing services is Mendix Model Share, which lets you share live app models and embed them in websites and blog/forum posts. You can also reuse them instantly for easy collaboration. Forbes' Adrian Bridgwater explains in a March 9, 2015 post that rapid application development (RAD) programmers can use Model Share to swap fully functional application models via the web.

For example, someone who has developed a functioning app, such as a currency converter, or a subcomponent, or executable application model, could post it to a site and get near-real-time feedback from other developers. The downside of sharing executables without the underlying code is that the recipient is flying blind—they don't have access to the app's underpinnings. Of course, if everything works and the functions are well documented, that's not a problem.

These days, a lot of the coding being done in organizations comes from outside the IT department. In a March 2015 article on TechTarget, George Lawton describes how companies are supporting their "citizen integrators" by creating an integration service layer. This layer lets developers focus on the business layers of their apps while leaving transportation-layer concerns to be handled by the integration service. 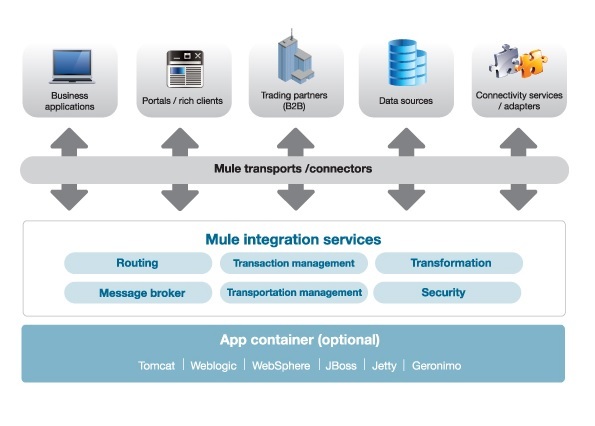 MuleSoft's Mule ESB acts as a "transit system" for data traveling between apps in an enterprise or on the Internet.

Channel 4's developers were so accustomed to point-to-point integration that the transition to use of an integration layer proved challenging. The new development methodology was facilitated by continuous integration, environment builds, and deployment processes, as well as guidelines for development teams to ensure consistency and optimal component sharing.

Imagine being able to use JavaScript and TypeScript to create native applications for iOS, Android, and Windows Phone that share code among the platforms. That's the promise of NativeScript, a Telerik technology scheduled to debut in late April 2015. InfoWorld's Paul Krill provides an overview of the NativeScript system in a March 10, 2015 article.

Apps created with NativeScript have a native UI rather than the app being HTML-rendered in a web view, as with hybrid apps and traditional browser apps. The JavaScript engines in iOS, Android, and Windows Phone controls the native UI layer. A JavaScript proxy in NativeScript exposes the underlying native iOS/Android/Windows APIs to their JavaScript engines: JavaScriptCore, V8, and Chakra, respectively. 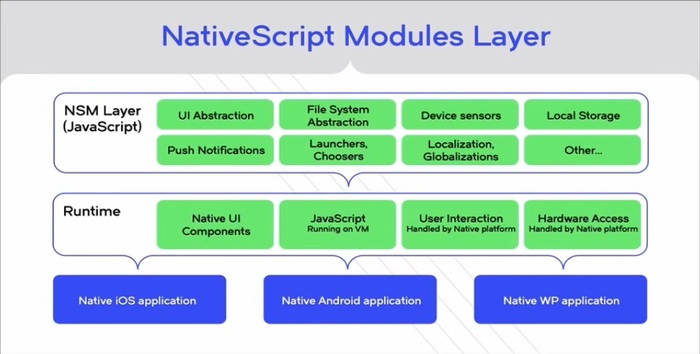 The NativeScript modules expose the native device and platform capabilities of Android and iOS, providing access via non-platform-specific code.

Support for multiple platforms is a key feature of the new Morpheus. As an infrastructure agnostic cloud management platform, Morpheus makes it easy to manage your hybrid cloud. With Morpheus, you can provision, deploy, and work with any app, any cloud, and any database. It's fully deployed in an afternoon, and makes managing hybrid clouds incredibly easy.

Check out the full list of features and integrations here: MorpheusData.com