Despite significant work to protect wildlife and manage national parks and forests, many incidents continue to occur every year, either causing loss to human beings or to wildlife.

While we are using Artificial Intelligence to solve complex problems such as predicting failures of complex equipment, performing natural language processing, making driver-less cars, and so on, applying technology to protect wildlife needs more work. Presented here is a non-evasive method and framework which effectively uses IoT enabled cognitive systems to make a drastic improvement in this domain.

Framework for the Monitoring and Management of Wildlife

The proposed framework is based on some of the proven behavioral attributes of different animals which can be further customized as we learn more about these animals. The framework consists of four stages which occur simultaneously to effectively monitor and manage wildlife movement:

The area under surveillance will be divided into four quadrants – with smart cameras and IoT devices (motion and proximity sensing devices) installed in a way that they cover at least a quadrant. These will be used to detect movement across the monitored perimeter and techniques such as thermal imaging will detect animal movements.

A solar or battery powered LORA (long range) WAN network will be used to orchestrate and control the IoT devices and relay back the detection message or patterns. 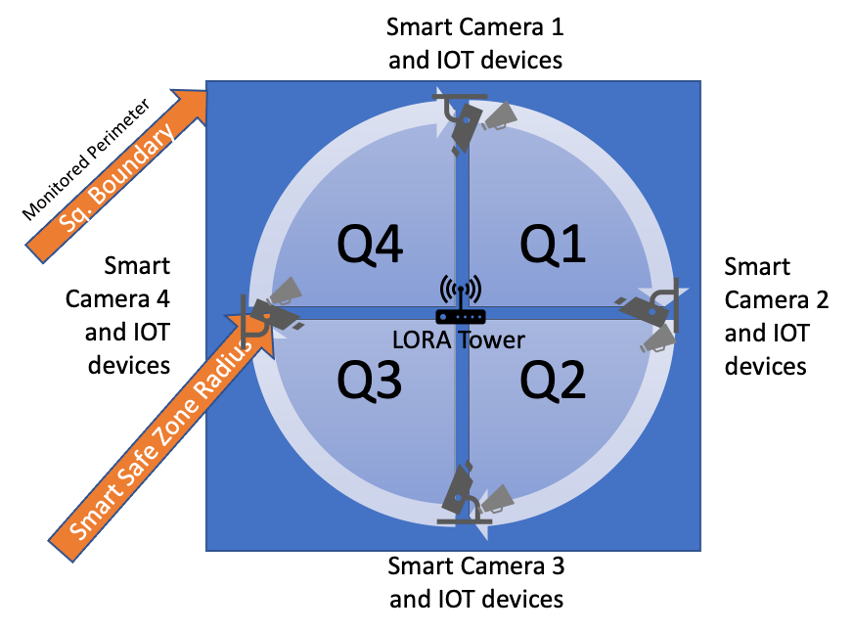 The proposed cognitive method will identify and establish a logical smart zone radius with key entry and exit points of protected wildlife regions using a combination of:

The smart safe zone's radius will iteratively self-adjust based on data insights from above mentioned parameters.

The proposed IoT-based cognitive framework will use a multi-layered learning model to: 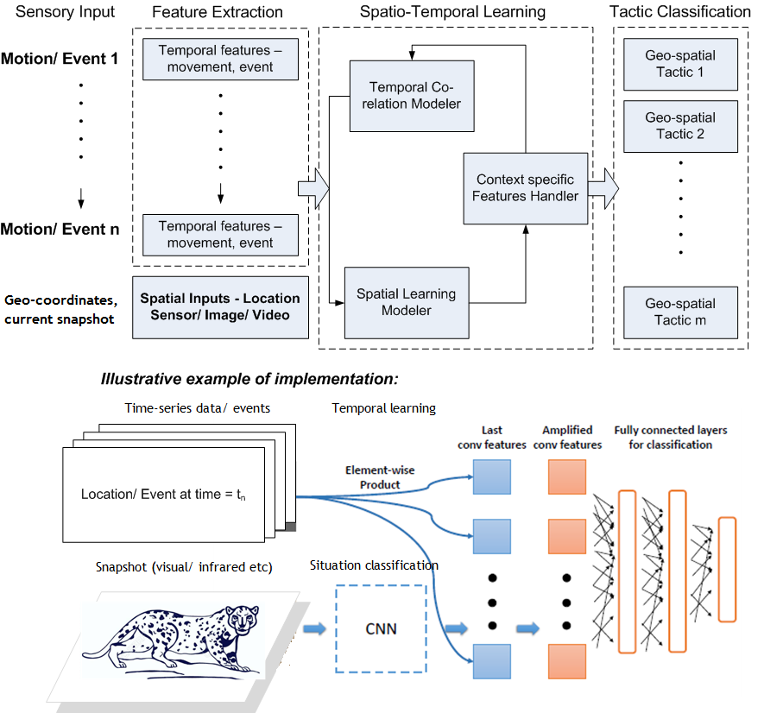 Example of a stacked deep learning model, such that coarse-grained features extracted from previous layers can be fed to subsequent layers to identify fine-grained patterns based on expert training and continuous feedback

Below is an example of how this framework will work and help prevent and control animal attacks.

Let us consider a Masai village in remote Kenya which is surrounded by predators and other types of animals and has no access to modern energy sources (e.g., electricity/gas).

A group of animals is entering the square boundary or the monitored perimeter in middle of the night and gets detected as an alien object by a pre-trained system, a system which is a combination of smart cameras and IoT sensors that are constantly scanning the perimeter.

The below diagram provides a visual representation of the above scenario: 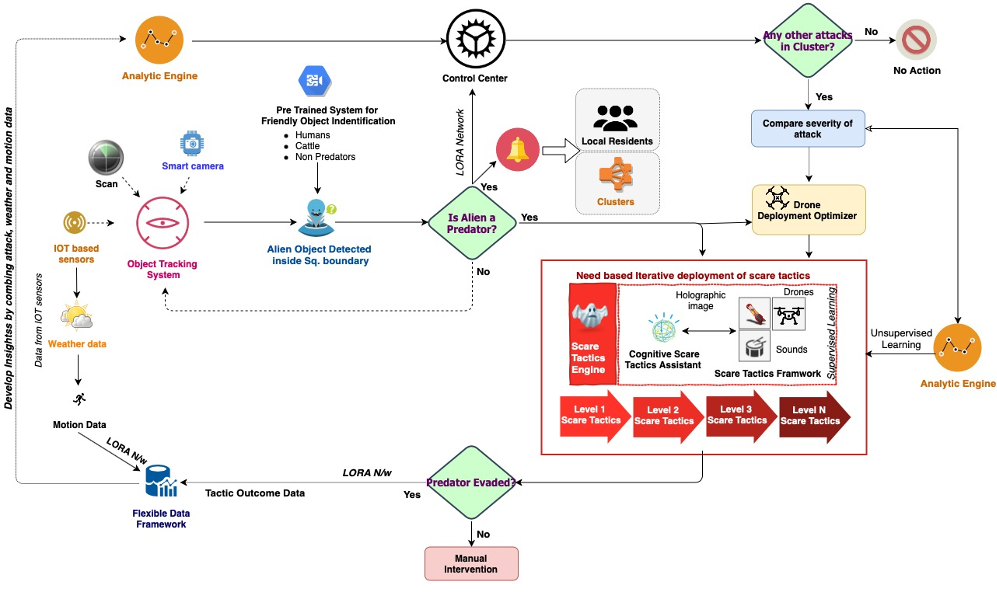 Considering how quickly endangered species are disappearing from the face of earth and how humans continue to encroach on their habitats, there has never been a better time to exploit state of the art technology to accelerate wildlife conservation and to prevent loss of human lives because of unintended movements of animals. Our proposed non-evasive method and framework leverages the power of:

This tech-for-good method and the framework of leveraging IoT and cognitive technologies has the potential to dramatically improve the way people and animals can co-exist without causing harm or undesired fatalities.