I looked at neo4j briefly the other day, and quite predictably thought ‘wow, this looks like a serious tinkertoy: it‘s basically a bunch of nodes where you just blob your attributes.‘ Worse than that, to wrap objects around it, you have to have them explicitly incorporate their node class, which is ugly, smelly, violates every law of separation of concerns and logical vs. physical models. On the plus side, as I started to look at it more, I realized that it was the perfect way to implement a backend for a bayesian inference engine (more on that later). Why? Because inference doesn‘t care particularly about all the droll requirements that are settled for you by SQL, and there are no real set operations to speak of. One of the things the status quo defenders of SQL almost always forget is that they have to write themselves a pass to violate the most basic laws of their preferred screed. The NOSQL thing is going to bring that whole reality to the fore and my prediction is that you are going to see a larger exodus away from SQL than we have seen in the past 2 decades.

Here are some of the specific reasons: 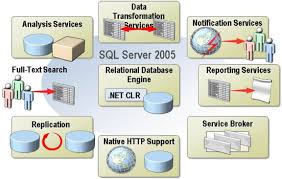 I still think that an object database would be preferable and will be looking at a few at the same time, but NOSQL is going to make serious inroads and those who are calling these guys simpletons and morons should come out and show us how they can handle some of the cases I have presented here. Also note, in my prior posts in the last month or so, the SQL camp has gotten fat and lazy. They have done nothing about ETL, the amount of work required to evaluate the performance of SQL solutions is still a huge drag, and no attempt has been made to support more sophisticate models. Add to that the fact that languages like R are growing rapidly, and you have a situation where SQL is going to, at the very least, wake to a new Copernican reality: they are not the center of the universe. That should have dawned on them when ORMs took hold, but in fact, those have largely preserved the notion among programmers that the database is the center of the universe, unfortunately.

The SQL defense against NoSQL is that it‘s a flash in the pan and real work can‘t be done with it. That‘s silly. The dumbest part of arguments like this is they assume that the people who are making the solutions are too stupid to know whether or when they will be out of gas. It‘s really pretty simple: when you stop getting the performance you need.