Since the 1970s, SQL has been the de facto language to work with databases. As a declarative language, it's straightforward to write queries and build powerful applications. However, relational databases struggle when working with interconnected and complex data. When working with such data in SQL, challenges arise especially in the modelling and querying of the data.

In practical terms, this means the languages become accessible to groups of people who would have otherwise not been able to access them. In this article, while we look at specific common concepts, we focus on comparing and exploring the differences between the two languages.

In 1970, a paper was published by an Oxford-educated mathematician called Edgar Codd, known as "Ted", and in it, he introduced two languages - a relational algebra and a relational calculus to express extremely complex queries. When they came out, they were considered to be a strange kind of mathematical notation. To build these ideas out into a database management system, Ted created a research group called System R, based out of the IBM research facilities in San Jose.

Back then, databases were mainly based on navigational, network, and hierarchical models, where we needed to know the physical data layer before we could write a navigational plan to describe our query. Ted, however, saw the inherent complexity in this and wanted to make it easier to write database queries.

However, as Ted's ideas were based on mathematical notation and mathematical symbolism, they were difficult to understand and not very accessible to most people, so two System R members addressed this issue by creating a simple query language - SEQL. As this new language was based exclusively on English words, this became the breakthrough that made it so much easier for people to understand the simplicity of Ted's ideas.

In understanding Graql, it's useful to look at the underlying ideas that created SQL, as they are conceptually closely related. The essence of both Graql and SQL can be summarised as such:

In this sense, both SQL and Graql are languages that abstract away lower-level operations. In practical terms, this means the languages become accessible to groups of people who would have otherwise not been able to access them. This means they become enabled to create value, while those who could already use them can now do things much faster. A similar thing can be said about Python, for example, a high level programming language that has enabled millions of programmers to build software without having to worry about lower-level operations that are abstracted away.

First, let's look at how data modeling compares between SQL and Graql. We use the Entity Relationship Diagram (ER Diagram) as it's the most common modeling tool in use. A basic model is composed of entity types and the relationships that can exist between them. Below is an example ER Diagram. We call this the conceptual model. 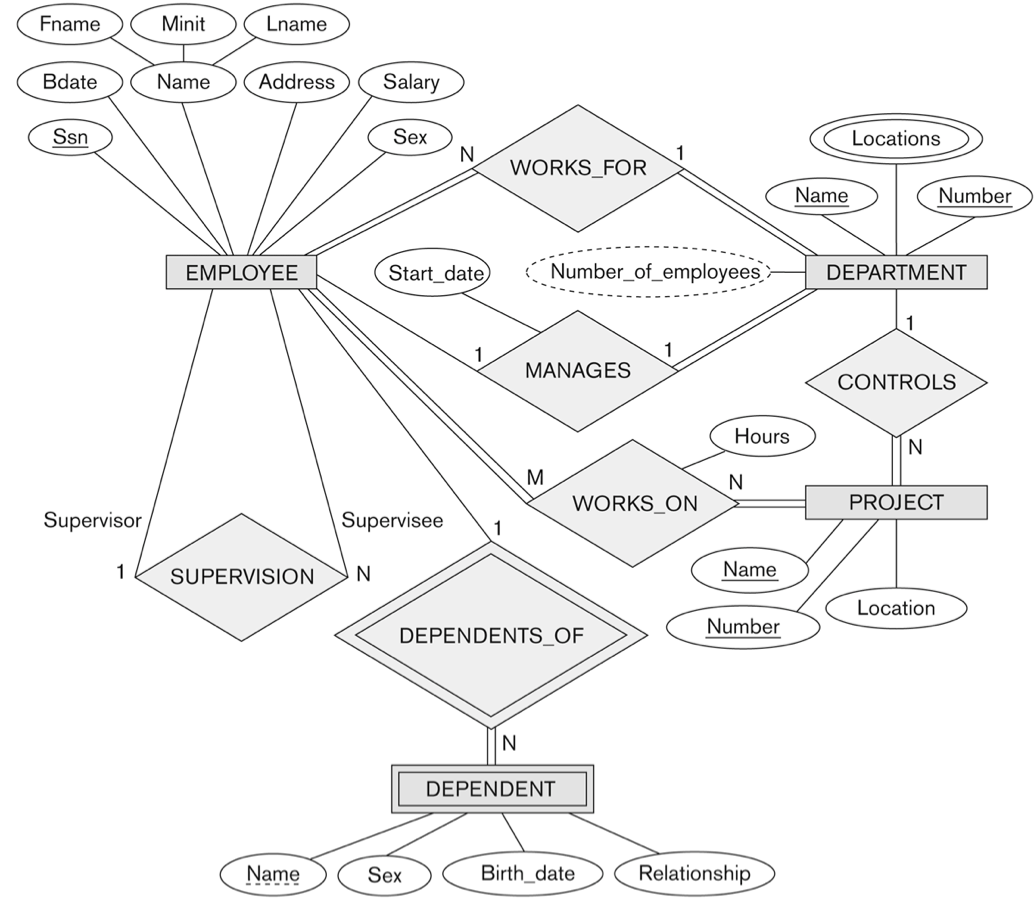 ER Diagram Example. Squares are entities, diamonds are relations, and circles are attributes.

If we are implementing this model in a relational database, we first go through a normalization process. We begin at First Normal Form (1NF) and by looking for things such as functional dependencies and transitive dependencies, we eventually get to our desired Third Normal Form (3NF). 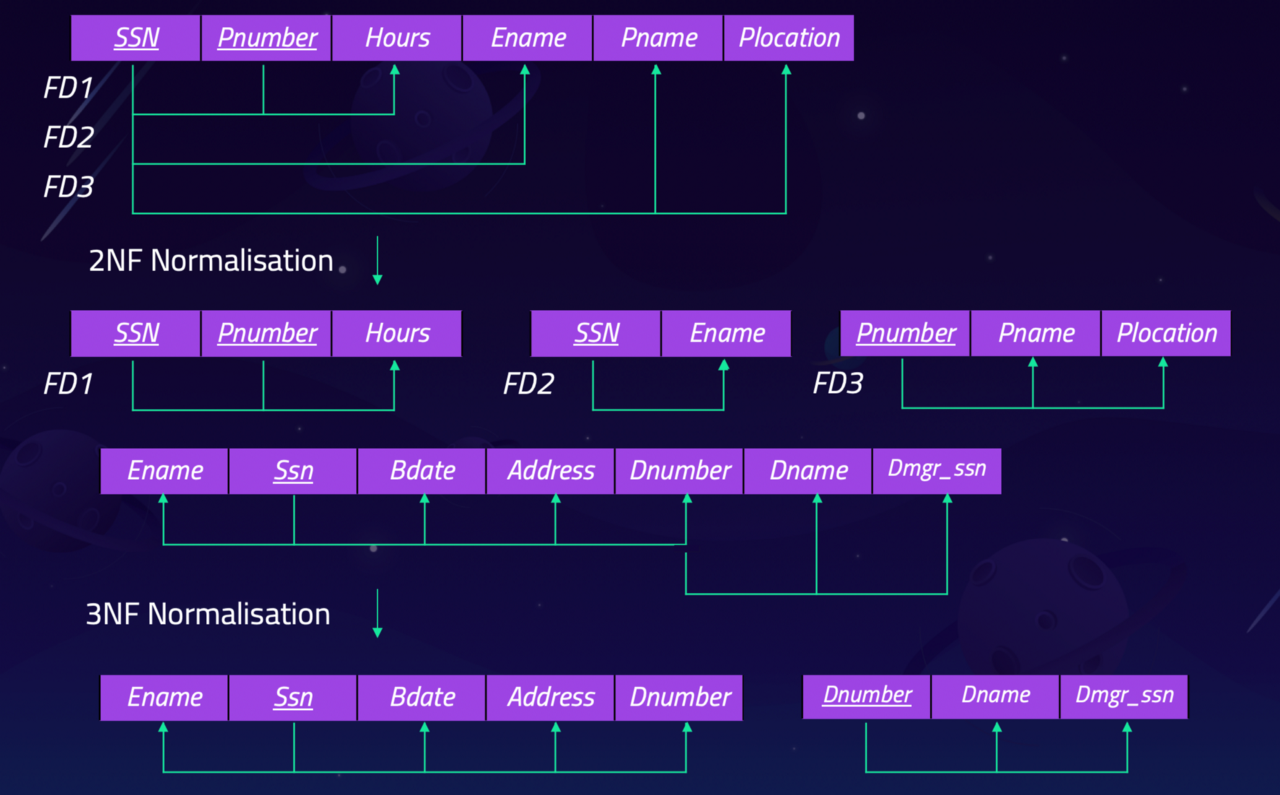 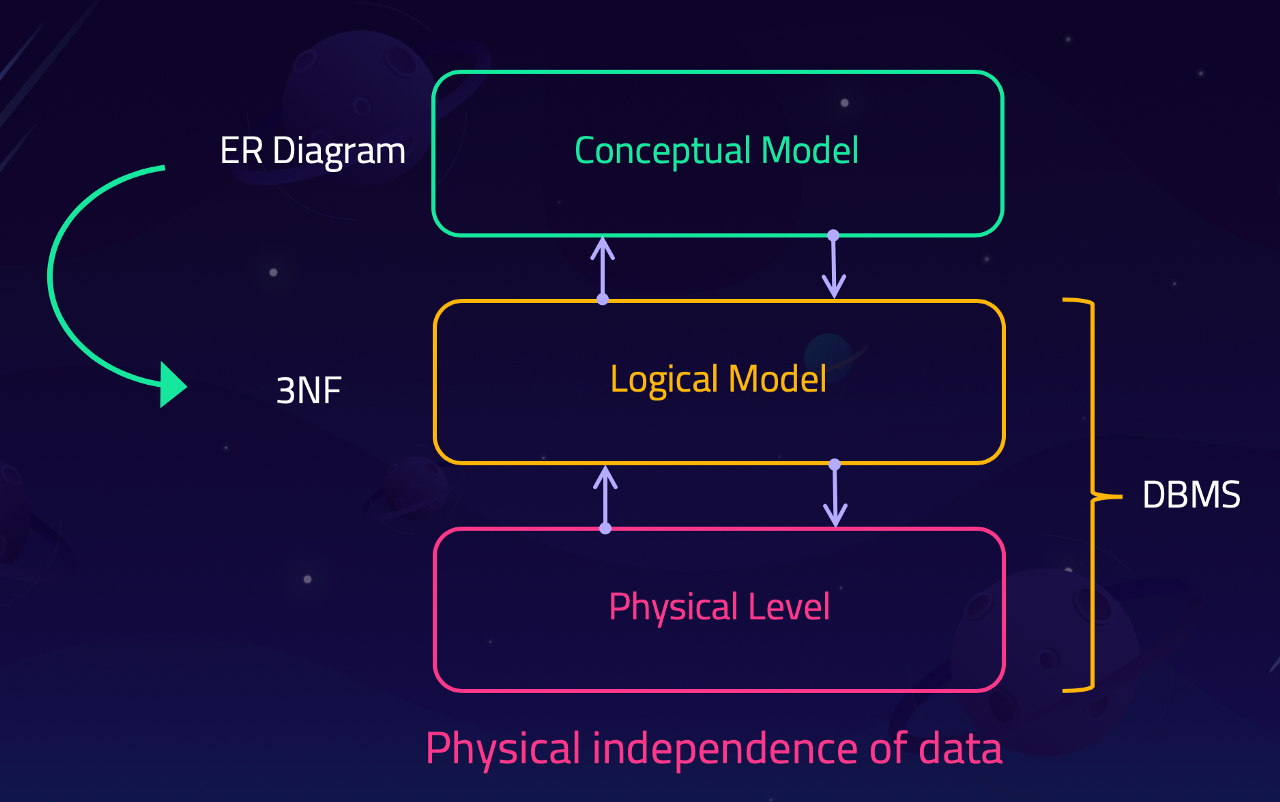 Now let's look at how this compares to Graql. We can map any ER Diagram directly to how we implement it in Graql, which means we don't need to go through a normalization process. Below we can see how a specific part of the earlier ER Diagram is modeled. We avoid the need to do any normalization, as Graql enables us to create a direct mapping of the ER Diagram with entities, relations, attributes, and roles to how we are implementing it later in code. This is different to SQL, where we need to impose a tabular structure over our model as a logical layer (as described above). 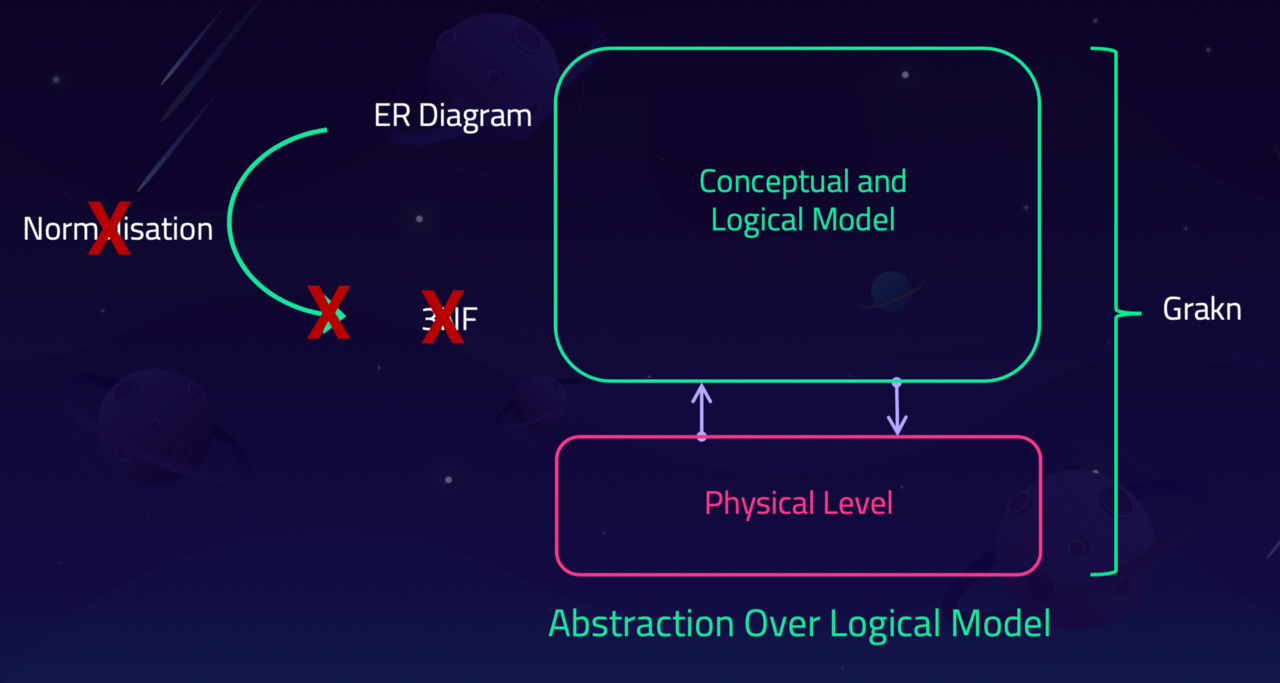 Now let's look at some real data. Anyone who has studied SQL is probably familiar with the Northwind dataset. It contains sales data for Northwind Traders, a fictitious specialty foods export-import company. 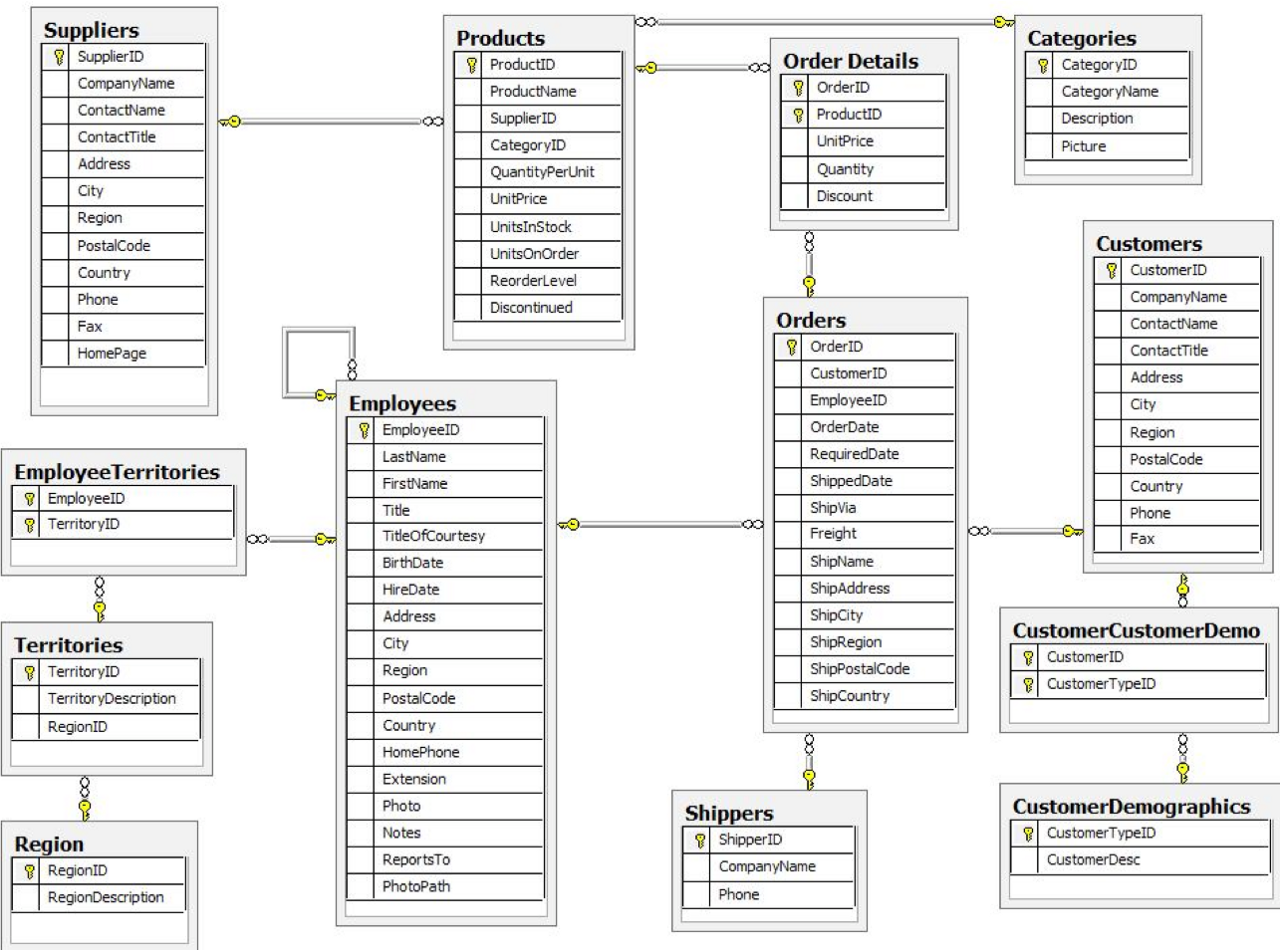 In Part 2,  we will look at how to read/write data and how we should model at a higher-level in Graql leveraging the Hypergraph and Automated Reasoning.
Database sql Relational database