Folds in functional programming are often introduced as a way to find the sum or product of items in a list. In this case, the fold state has the same type as the list items. But more generally the fold state could have a different type, and allows more interesting applications of folds. Previous posts look at using folds to update conjugate Bayesian models and numerically solve differential equations.

This post uses a fold to compute mean, variance, skew, and kurtosis. See this earlier post for an object-oriented approach. The code below seems cryptic out of context. The object-oriented post gives references for where these algorithms are developed. The important point for this post is that we can compute mean, variance, skewness, and kurtosis all in one pass through the data even though textbook definitions appear to require at least two passes. It’s also worth noting that the functional version is less than half as much code as the object-oriented version. 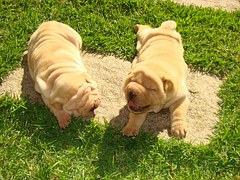 (Algorithms that work in one pass through a stream of data, updating for each new input, are sometimes called “online” algorithms. This is unfortunate now that “online” has come to mean something else.)

The Haskell function moments below returns the number of samples and the mean, but does not directly return variance, skewness and kurtosis. Instead it returns moments from which these statistics can easily be calculated using the mvks function.

The foldl applies moments first to its initial value, the 5-tuple of zeros. Then it iterates over the data, taking data points one at a time and visiting each point only once, returning a new state from moments each time. Another way to say this is that after processing each data point, moments returns the 5-tuple that it would have returned if that data only consisted of the values up to that point.