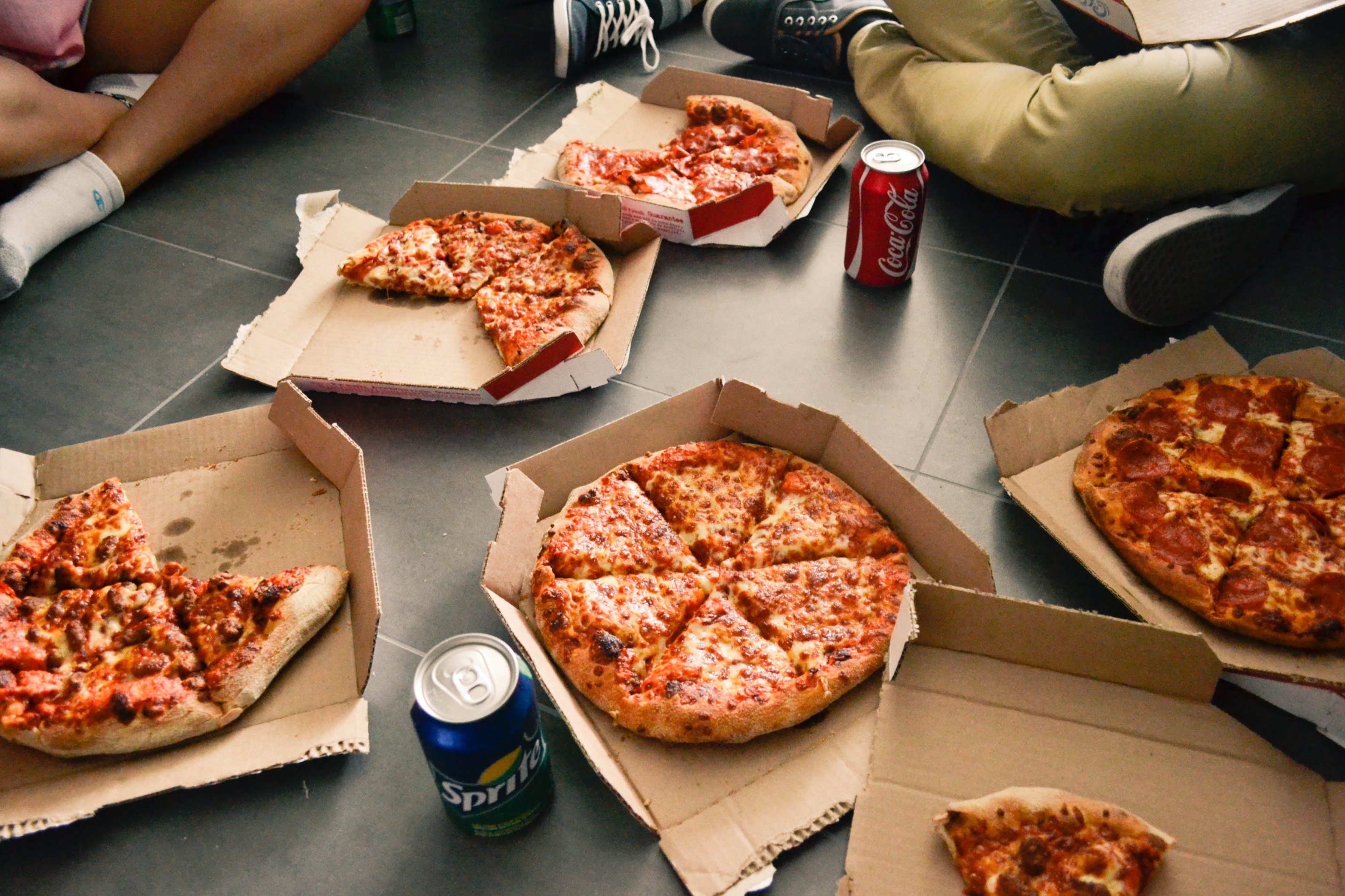 Is free pizza always a great thing at work?

In the 27 years I have served in some capacity as an Information Technology (IT) professional, I have heard so many times that "the only thing that doesn't change, is change itself."  This, of course, is a modified version of the quote by Heraclitus:

"The only thing that is constant is change."

In the current context, the meaning is that the IT industry is riddled with changes -- from hardware to software, to development approaches, to even staffing models and team structures. All of these aspects have seen changes over my long career in IT.

However, there is one thing, besides change itself, that has remained the same. The value of food.

My focus for this article is to provide examples of how food can be used as a powerful tool -- to drive attendance, deliver news, and even cushion the impact from not-so-great news.

If I were to create a survey to ask what food is the most popular with corporate or team-related events, I am pretty sure that pizza would dominate the list of results, at least in my part of the world.

Pizza is quick and easy, and appealing to just about everyone, especially with vegetarian and gluten-free options becoming common offerings at most providers.

I have been on the ordering side of submitting pizza orders for years. From vendor-sponsored events, to lunch-and-learn sessions, to team-building activities, pizza is something I can put together quickly and accomplishes the goal to satisfy the appetite of the attendees ready to consume some nutrients.

In these examples, the food aspect is part of an agenda to help drive attendance to the event. After all, if you are asking for attendance and the timing crosses typical meal times, the expectation is that food will be provided. In some cases, it becomes a "free" meal; all you have to do is sit-in on the event.

The power of food can help drive attendance to a company event as well.

Think about it. How many company-based events would you attend (like a holiday party) if food and drinks would not be served or even available? Would you want to attend an event to recap the last 12 months of a corporation's life without having at least something in your hand to sip on while you endure slide after slide of updates? (Of course, depending on the overall theme of the presentation, the use of alcohol could also provide some benefit ... but that is a whole different discussion.)

This gets me to those cases when there is not-so-great news to share to a larger group of employees. Maybe there is going to be a change in corporate-wide compensation models or the elimination of some much-appreciated perk (like a diminishing health savings account (HSA) contribution). In those cases, food can be used as a peace offering to make things seem not so bad.

While the message "we are cutting your salary by five percent and will no longer be funding an HSA for you; have some pizza" sounds very cold and unrealistic, the reality is that the use of food in such events does have some merit.

Feed Them & Fire Them

I remember working with a guy named Dan, who told me about being required to attend one such company update. In this case, the meal was catered and there were assigned locations for attendees of the event. He had to find his name on the list, then look for his seat at one of the many tables across one of two different meeting locations.

While the attendees listened to the presentation, they were fed a very nice multi-course meal. Interestingly, the agenda for the presentations were not the same. Those in Dan's room were being told that their positions had been eliminated, while those in the other location were being informed of the cut-backs and the expectations for those still employed, now working for a scaled-back corporation.

In both cases, the attendees walked away with "I just received pretty bad news, but hey, I was given a really nice meal."

Ronnie, who I mentioned in my "UI/UX Conspiracy Theories" article, tells a somewhat comical story which he refers to as "Pink Slips & Pizza."  It is only comical because the organization taking this approach thought everyone would walk away happy after being provided with free pizza, despite losing their jobs in the process.

Food doesn't always have to be associated with delivering bad news.  It can be a motivator, too.

While working on a large project years ago, we began to dread attending some of the afternoon meetings that were required for the success of the project. Our location was close to a recently-opened Steak 'n Shake franchise, which was known for having very tasty milkshakes.

In order to make the afternoon sessions a bit more enticing, an occasional session would offer free, custom-ordered milkshakes for those in attendance. The invitation asked that you simply provide your milkshake choice and included a link to the current list of available offerings.

Those meetings were the best, as having the milkshake in hand helped the somewhat-long sessions not seem so long anymore. I felt like the participation was far better too, perhaps from the sugar high that was associated with milkshake consumption.

Years ago, I am not sure if the intent was to use food as a tactic to lessen the impact on unexpected news, or if doing so happened to be an unexpected benefit. In an industry of constant change, the fact that food is still being used for such occasions is something I have seen for nearly 30 years of my career and not something that has changed.

While some may view food as a free meal, this is on the same level with other "free" things we experience in our current world. Google, Facebook and other free options might not be costing me anything from a monetary perspective, but I am certainly providing them with value.

So, the free meal isn't really free either. The sponsor of the event is receiving your time and the ability to have your focus and attention during the session, sometimes using this time to communicate an unexpected change in direction.

The Evolution of IT