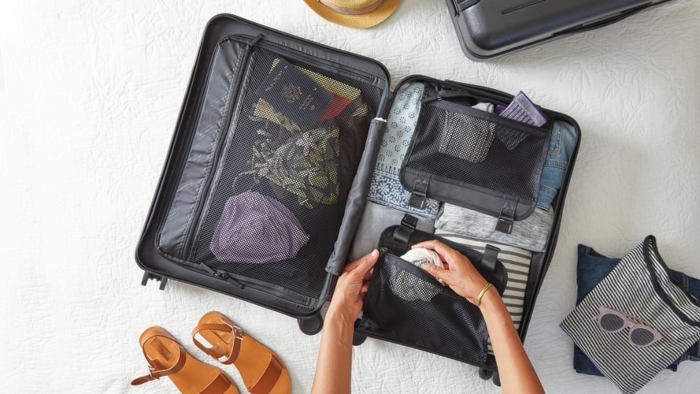 Pack your bags and leave management!

Demotions are uncommon these days. More often than not, poor performers are simply let go or move on of their own accord. Voluntary demotions; however, are downright rare.

According to a study by staffing firm OfficeTeam, only 6 percent of demotions are voluntary. But according to a highly unscientific survey I conducted on LinkedIn recently, an increasing number of people are self-selecting out of management. Or at least wistfully contemplating it.

I get it. I even voluntarily demoted myself a few years ago. Admittedly, I was a reluctant manager from the beginning but took the gig because it allowed me a chance to grow. As it turns out, I’m a writer at heart and leading a team took me too far away from that. I eventually asked to step back into an individual contributor role where I could write full-time. My manager and team were incredibly supportive and a special place in Heaven awaits them, no doubt.

Don't let the word "demotion" freak you out. That's what stepping down from management is – plain and simple. When you demote yourself by choice, there's no shame in it. Zilch. Zero. If you choose this path, own that choice and walk it with your head held high!

My story echoes many others’ who have opted out of management positions, but the desire to master your craft is only one reason people are stepping down the corporate ladder. Although leaving management is no longer considered a career-ending move, it doesn’t have to become the Next Big Thing™, either. If we shift our collective mindset around recruiting and supporting new managers, execs have a fighting chance at solving the wicked problem of leaders who won’t lead.

Why Voluntary Demotions Are a Thing in the First Place

Like me, some people find that although they enjoy certain aspects of managing a team (or team of teams), they miss doing the work they used to do. Most managers spend as much, or more, time in meetings as they do on the deep work that grows their expertise in their field. Although most people know this going in, experiencing it can still be jarring and some never make their peace with it.

While the meeting-heavy nature of managing might be nobody’s fault per se, companies do tend to make things harder on managers than necessary. On the surface, it seems logical to recruit your top performers into management roles.

Wait. Just because someone is a great coder, for example, doesn’t mean they have any aptitude for leadership. (Also, why encourage your best coder to stop coding?) Without proper onboarding, training, and support – which is rare, compounding the problem – newly-minted managers often struggle in their role.

Toeing the company line takes a toll as well. “Managers have to navigate decisions every day, many of which force them to subordinate, compromise, or even violate their values,“ says Sondra Norris, Senior Culture Consultant at SLAP, a management consulting firm based in San Francisco. “It may be a small thing like asking someone to work late or a big thing like laying someone off. Even if there are good reasons, it’s a paper cut to the soul.” As those little cuts accumulate over time, you bleed out.

Rethinking Career Paths and the Definition of Success

At the same time that we’re realizing management isn’t all it’s cracked up to be, a growing number of people are realizing it’s not the only way to be influential. “I worked my way up to senior management level and have studiously worked my way back to individual contributor,” says Mike Rathwell, an IT admin at Weedmaps. “I found that having been a senior manager gave me a different perspective and approach to being an individual contributor: namely, that one can still be a leader.”

As organizations have become more networked and collaborative (vs. hierarchical and siloed), we’re working across job functions more often. Thus, ICs can influence colleagues in other departments not by controlling what they do, but by rallying stakeholders around shared goals and coordinating efforts to reach them.

Nor is management the only way to be successful, even by traditional definitions of success like salary and stock options. Matt Hodges, Head of Marketing at Loom (and former Atlassian) has seen this first-hand. “A high-performing individual contributor can make just as big an impact as a high-performing manager, and companies are starting to realize this.”

He cautions against assuming that people who aren’t interested in management simply want to coast their way to retirement. “Companies should ensure they have career paths, with adequate compensation opportunities, for people who want to grow and excel in their contributor roles.”

In the context of the ever-escalating fight to recruit and retain talented people in a labor market where labor has the upper-hand, the message is clear: if you don’t show your top ICs the love, somebody else will.

How to Step Down the Corporate Ladder

Before starting a conversation with your manager, make sure this is the right thing for you. Once you step out of a management role, you’re unlikely to have the opportunity to lead a team again, at least as long as you’re with the same company. Ask yourself these questions:

If you answer “yes” to all or most of these, returning to an IC role is probably a solid choice.

You may need to put your request in writing at some point but start with a verbal conversation about stepping down. Your 1-on-1 meeting with your manager is a good forum. Otherwise, schedule dedicated time to meet privately.

Get right to the point and tell them you’d like to return to an IC role. Naturally, they’ll ask why – be sure to come prepared with your list of reasons so you can layout the full context. Also, be prepared to show that you’ve thought through which role and the team you’d like to move into, how to time the transition, and who might fill your manager role. If your manager is open to the idea, expect it to take a few days or weeks before any decisions are finalized.

Remember, there is no guarantee things will go your way. Before you have the initial conversation, map out your “plan B”. Will you stay in your role and find a way to make it more palatable? Look for management opportunities in a different department? Look for IC roles at other companies? There’s no wrong answer here. Just make sure you have one.

What Execs Can Do to Stem the Tide

If you’re a senior leader, you’re probably squirming in your seat by now. No matter how dedicated to supporting your employees you are, voluntary demotions are a hassle. Getting someone settled in their new IC role, backfilling their management role, and onboarding that person is a big investment.

Preventing this trend from sweeping your company starts with the way you recruit managers, especially when promoting from within. “There’s a lot of pressure to fill the empty slot,” Norris points out. But resist the temptation to fill it with someone who gives off a caustic vibe, even if they have a great managerial pedigree.

A less-experienced person who can build strong relationships will perform better in the long run. “At the end of the day,” Norris says, “that relationship is what makes the team stand behind their manager, not just comply.”

Once hired, first-time managers need extra training and support – something they rarely get today. “While I learned a lot, I didn’t get the training I needed when I first became a team lead,” reports marketing strategist Shannon Titus (and several other former managers I spoke to). “It was hard to be successful for several years.” Along with onboarding tactics like a 90-day plan and training on mentorship and difficult conversations, Norris advises clients to think more broadly about their company’s managerial culture.

“The bar is getting raised with the Millennial generation coming in,” she says. “They expect to have a voice, to have easy access to whatever information they need, and to be working toward a higher purpose for themselves and the world.”

In other words, companies must create a culture of open, two-way communication and meaningful work. Managers also need to feel safe voicing concerns and owning their mistakes. Executives can set the tone by being the first to admit when things don’t go well and proving that they’ll take up good ideas no matter where they come from.

Finally, managers at every level need a healthy work-life balance. Commuting during peak hours and the pressure to be “always-on” take a massive toll. Giving them the flexibility to work from home or commute outside rush hour, along with making sure they use their vacation time – which means unplugging 100% from work – go a long way toward preventing burnout.

Looking back on my journey in, and then out of, management, I was dancing on the edge of burnout. Not because the demands placed on me were unreasonably high, but because a job you’re not in love with simply feels burdensome.

Admitting how I felt to myself and my team was the first step toward being excited about work again. Although the transition was disruptive in the short-term, in the long-term, the company traded a mediocre manager for a high-performing, highly engaged, happy individual contributor.

Like skydiving, managing a team shows up on a lot of bucket-lists. Like skydiving, one go at it might turn out to be plenty, thank you very much. Think of voluntary demotions as a reserve parachute: if things don’t go as planned, there’s no need to crash and burn.

The Constant and Constantly Changing Role of the DBA

How the Role of the Scrum Master Changes Over Time

The Benefits of DevOps by Role