last year, i said i would be focusing on angular , but after i heard about the incompatibilities between 1.0 and 2.0 (i know, i know...everything's fine now), i decided to "sit on the sidelines" and watch things unfold.

then, i heard about a new javascript framework called aurelia and i decided to move forward with it for building spas.

it's about time, right?

as i mentioned before, i never had a need to create a spa (single page application). i couldn't justify it.

but then i thought, "i do have a spa application... my codemash pure web app that i built."

so why not convert it now? everyone else is excited about aurelia.

working with aurelia is so awesome, it's almost unfair. if you haven't checked it out, you should. thanks @aureliaeffect #javascript

alright then, let's get started!

two reasons for this:

based on when i started digging into aurelia , the project was simple to set up.

i commented out the mvc because we won't be using asp.net mvc...for now. i also added a .usefileserver since we have a javascript application now.

when we use a simple file server, it uses the wwwroot to locate the files. the default.html is how we start our application.

when we run our application, we see the following: 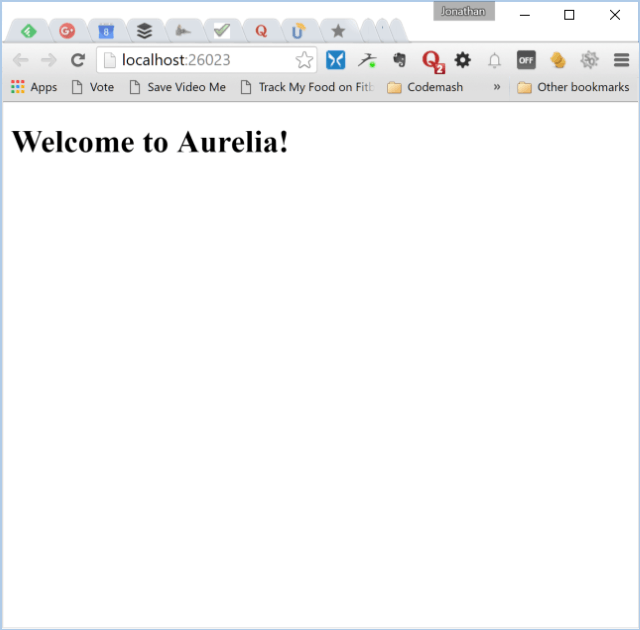 now that we have our aurelia template started, we need to examine our existing application and move forward with the main screen.

for today, i demonstrated how easy it is to setup an aurelia application in visual studio 2015.

in the next post, we will create our screens including the main screen and menus.

are you excited for aurelia or are you hooked on angular? post your comments below.