I have been fascinated with "the web" ever since I created my first lines of JavaScript some 20 years ago. One of the beautiful things about the web is that it becomes a "bridge" between everything. Need to apply an emergency fix to a C# windows legacy app, and you're in China on holiday, and only have access to your phone? No problem! Assuming you have a web-based IDE, of course.

I have just released a new release of Hyper IDE. Hyper IDE is an open source web-based IDE. I have written another article about it here previously. Since then, I have added many (hopefully) interesting features, and fixed equally many bugs. As I created the latest release, I wanted to put forth a demonstration of how you could use Hyper IDE to create a C# console application, from your browser, on your iPhone, for then to compile the app (still on my iPhone), and download the resulting exe file later on my laptop computer. And I was able to create a simple Hello World application, demonstrating this, in 2 minutes.

I find this to be a fascinating testimonial to the web, and just how useful the web really is, once you truly master it. Would this be possible to do with a native app? Probably not. First of all, creating a C# compiler in Objective-C (or whatever) would probably be very difficult. Besides, I doubt Apple would allow you to distribute such a compiler through their App Store, if you could somehow pull it off. However, using nothing but JavaScript, HTML, and CSS in the front end, and invoking compiler services in the back end on the server through shell integration solve tasks such as these fairly easily. 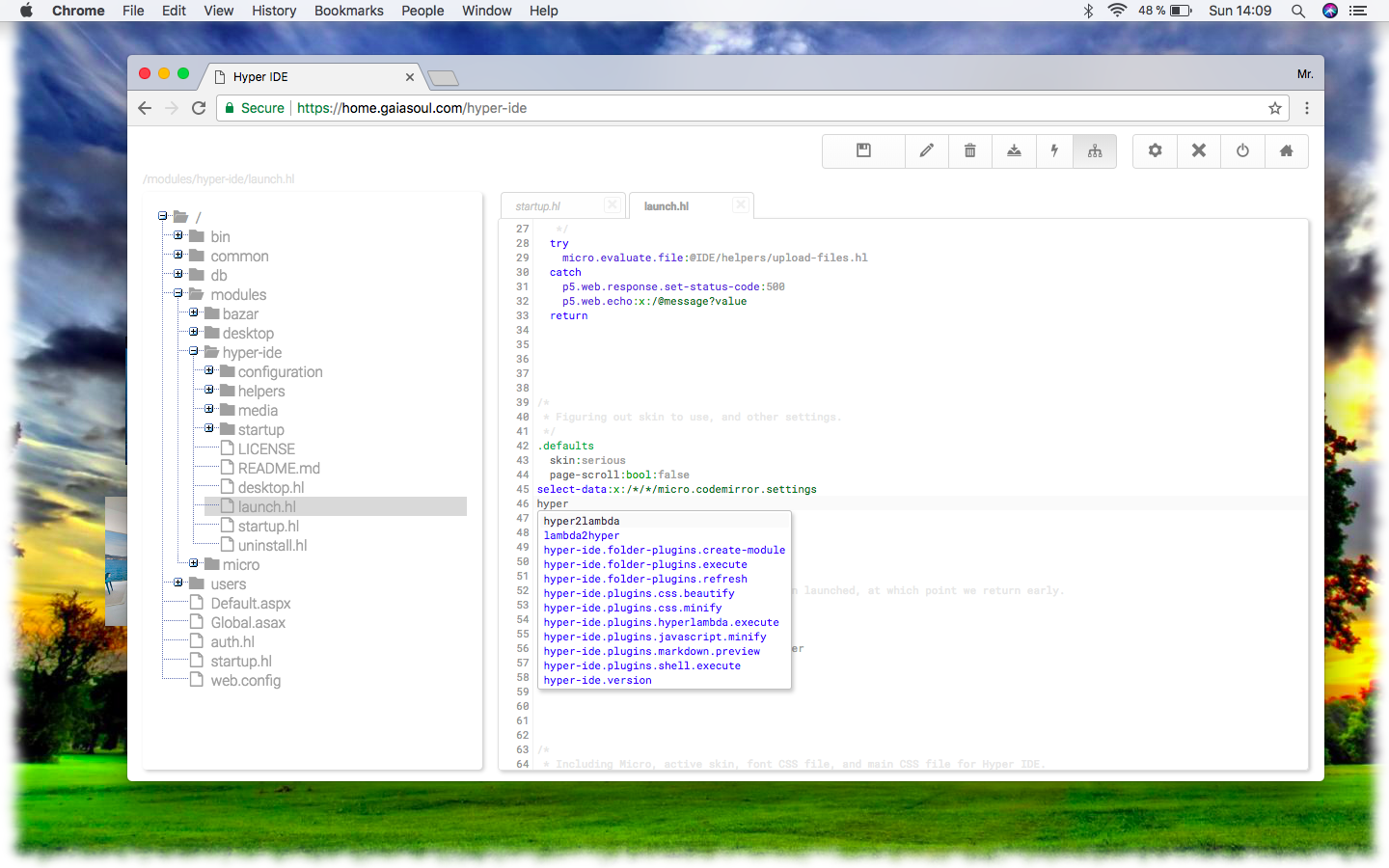 I have always been a "believer" in the web. Others around me, not so much, and they would use arguments such as "I can do things with a native app that I could never dream of doing on 'the web.'"

Well, let me ask you the following question: can you create and compile a C# console application in an iPhone "app," that also happens to work on Android, Linux, Mac, Windows, and probably your grandma's toaster, as long as it has a browser?

I didn't think so. I can do that, because I use the web!

If you'd like to see how you can create some apps that are significantly more complex, also in a matter of seconds, you can check out this video and article, where I create a rich and complex database-based CRUD app, literally in 57 seconds.