Getting started with Kubernetes can be a little overwhelming. With so many tools like Minikube, K3s, Docker Desktop, MicroK8s, and Kind, even knowing which test distribution to use is not an easy choice.

For local development, I find myself using Kind. It is quick to boot and integrates well with WSL2 allowing me to quickly switch between Windows and Linux development.

In this blog post and the associated screencast, I show you how to quickly get up and running with a local development Kubernetes cluster using Kind and a hosted instance of Octopus.

The video below demonstrates the process of deploying a web application to a development Kubernetes cluster created by Kind. The remainder of the post provides links to additional resources and copies of the scripts used in this demo:

To use Kind from a WSL2 instance, Docker Desktop needs to enable WSL2 integration. This is done by selecting the Use the WSL2 based engine option: 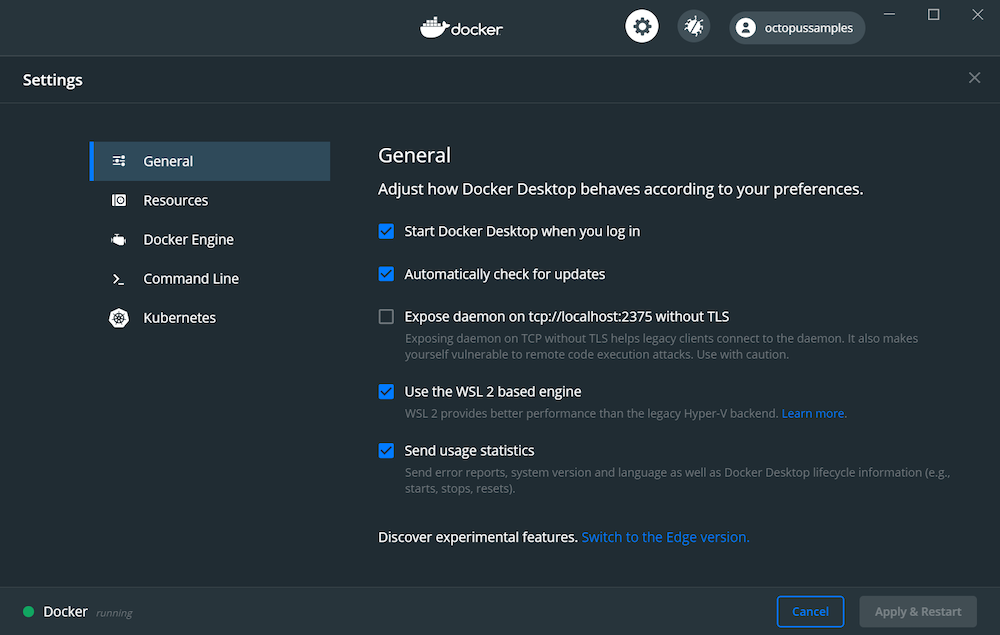 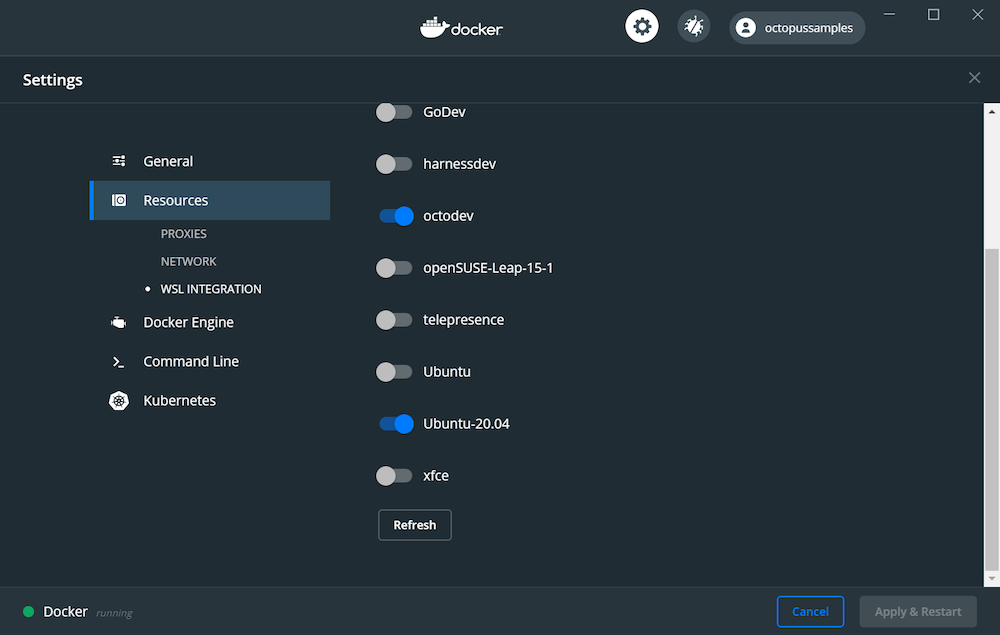 Kind is a self-contained Linux executable that is downloaded and placed into the PATH for easy access. The Kind quick start docs provide instructions on installing Kind, which in my WSL2 Ubuntu instance was achieved by running:

The Kind documentation has links to the latest release, which will likely have been updated from the URL above.

A new development cluster is created with the command:

This cluster is then made accessible with the configuration stored in the ~/.kube/config file, created by Kind when the cluster was created. An example of this file is shown below:

The script below extracts the client-certificate-data and client-key-data fields into a single PFX file and the certificate-authority-data field into a plain text file.

Note that you will need the jq and openssl applications installed for this script to work.

Here is a similar script in PowerShell:

To connect a local development machine to an Octopus instance, a polling worker needs to be installed. A polling worker reaches out to the Octopus Server and allows communication when the target machine does not have a static IP address.

The Tentacle is installed using these instructions from the Octopus website. For my Ubuntu-based WSL2 instance, the installation was done with the commands:

The Tentacle instance is then configured with the command:

Because WSL2 doesn't support systemd, we need to run the Tentacle manually with the command:

The two certificate files created from the Kind Kubernetes configuration file are uploaded into Octopus:

After the certificates are uploaded, a new Kubernetes target is created using the Kind User certificate for authentication, and the Kind CA certificate to trust the HTTPS API endpoint: 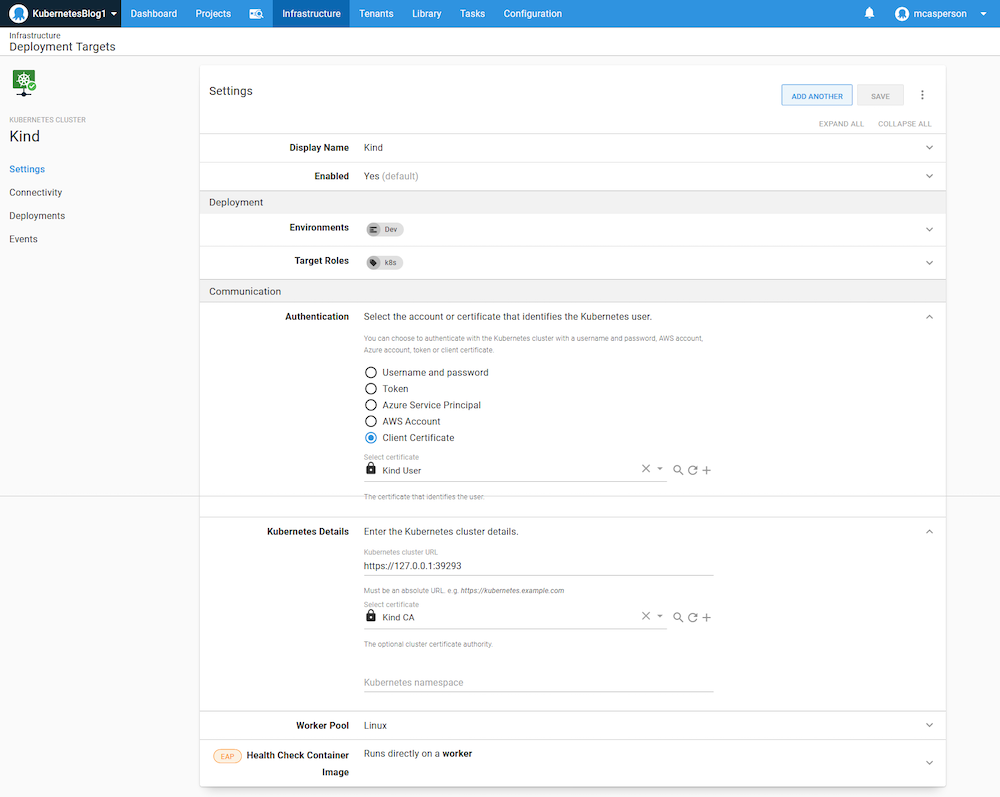 The Docker image being deployed is hosted on DockerHub, which must be configured as an external feed:

We then deploy the nginx container with the Deploy Kubernetes containers step.

The deployment is configured with a single container exposing port 80:

The pods created by the deployment are exposed with a service accessed on port 80:

Kind only exposes the Kubernetes API endpoint, and so the service is not accessible outside of the cluster. To open NGINX from our browser, we need to use kubectl to forward traffic from a local port into the cluster. This is done with the command:

NGINX is then available on the URL http://localhost:8081. Here is the welcome page displayed by the default NGINX container:

The combination of Kind and WSL2 provides a convenient way to create a local development Kubernetes cluster that can be exposed to Octopus via a polling worker.

In this post and screencast, we saw how to configure a development Kubernetes cluster in WSL2, extract the certificates used by the HTTPS endpoint and user authentication, connect to the cluster via a polling Tentacle, and create a Kubernetes target that can be used to perform deployments.