deloitte have had a go at outlining the steps by which the crowd can benefit government in their own report, published this summer.  they outline three steps that they believe are crucial to successfully engaging the masses.

on this last point, deloitte have produced an infographic that provides an overview of the main forms of employing the crowd, which you can find below.  suffice to say, successful crowdsourcing is much more involved than anything covered in an infographic, but nevertheless it provides a reasonable overview to get you started.  check it out. 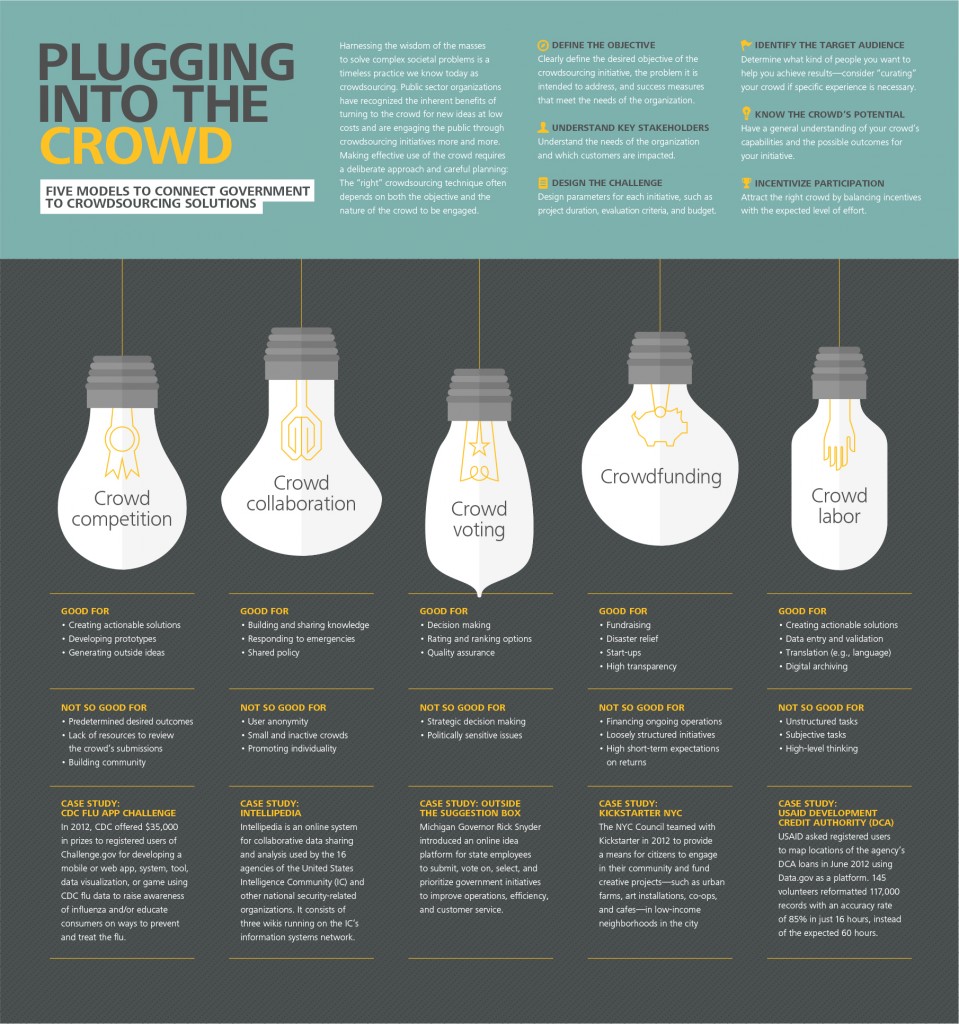