While cryptocurrencies have been a dominant force in newsrooms and worldwide — thanks in no small part to the meteoric rise of Bitcoin in recent years—, blockchain has only just started to dominate the public conscious.

The cryptocurrency phenomenon may be in full swing, but we’re yet to see decentralized digital currency successfully transfer and integrate practically with everyday life, especially when you consider the number of Bitcoin wallet addresses growing every year: 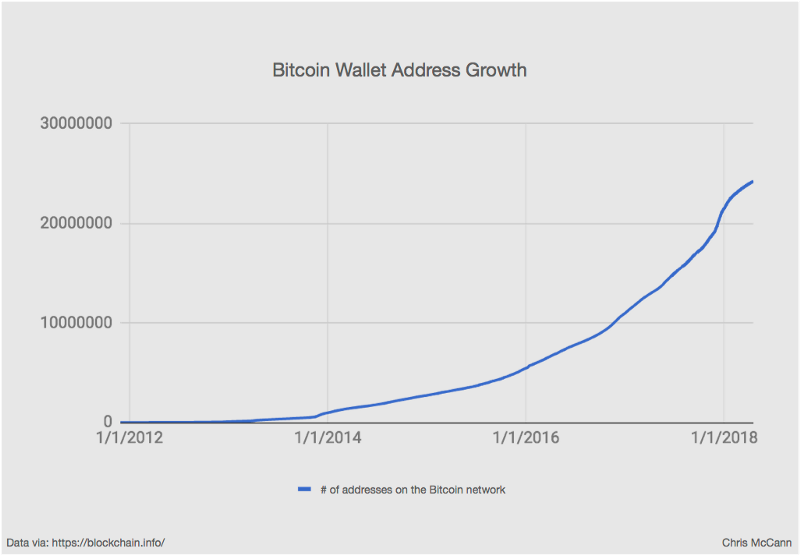 However, this could all soon change with the number of companies racing to develop the world’s first cryptocurrency vending machines.

While many people hold the belief that cryptocurrencies were something that traded for thousands of dollars and remains inaccessible to ordinary workers, through crypto-vending machines, we are presented with a watershed moment where digital wallets could be used to securely and automatically purchase relatively low-cost items — and in some cases, age restricted items, like alcohol.

The beauty of crypto-vending machines is that, with the assistance of blockchain technology, users can safely and securely purchase through a machine that’s capable of identifying whether the customer is of legal age to buy its goods.

San Francisco-based startup Civic chose to showcase a ‘crypto beer vending machine’ at the 2018 CoinDesk Consensus summit in New York. Their logic was simple: they wanted to show the world how easy it can be for technology to successfully sell age-restricted content with no human input. 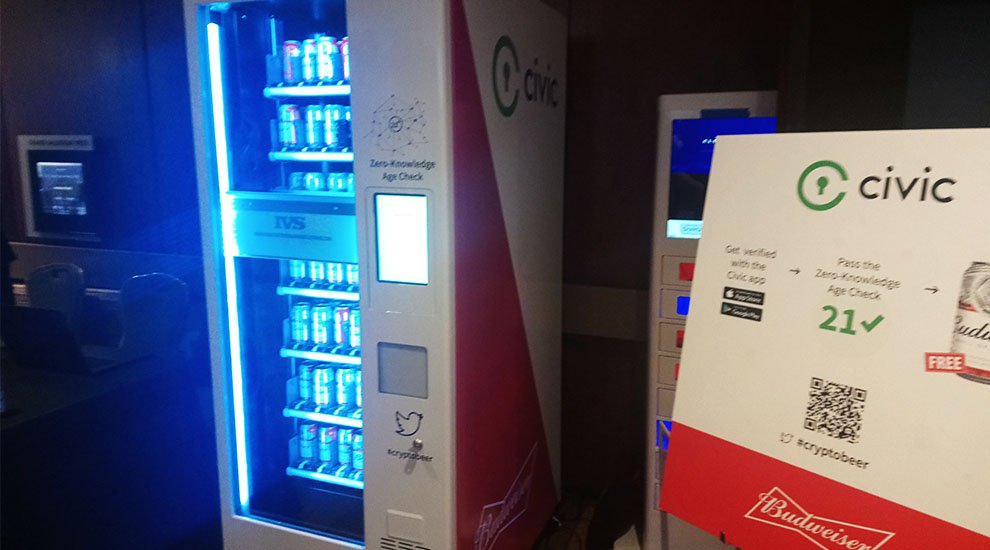 The vending machine works through the Civic App, and those who download it can verify their age and approach any of the company’s machines and make a purchase securely.

Explaining to CoinDesk, Civic’s Titus Capilnean explained: "We've been thinking about practical ways of bringing crypto technology to a more mainstream audience, and how can we go so so niche that it's so easy to understand for a regular individual. Proof of age seemed like the best low-hanging fruit.

The perceived potential of vending machines possessing the power to bring an air of commonality to cryptocurrencies is so great that there are plenty of companies that are preparing to bring blockchain-infused microtransactions into everyday life. One such company is GoByte, a cryptocurrency company based on Dash that’s looking to bring quick and secure microtransactions into the mainstream.

The platform of Dash is a particularly powerful one when it comes to the sorts of microtransactions that will take place in vending machines. It’s considerably faster than its competitors at processing payments and easier for developers to work with, indicating that the world’s first fully operative vending machine will likely harness this type of technology.

The Case for Security

The very notion of a vending machine being this intuitive and cutting edge is a quirky one. Vending machines have been disappearing from locations, 134,000 of them between 2007 and 2010 to be precise, across the US. The machines have been slow to adapt to paperless money and are rigidly limited to what they can sell, due to the lack of human supervision.

The likes of GoByte and like-minded endeavors have the potential to breathe fresh life into what was once a pioneering piece of technology. If the immutable potential of blockchain can be realized in a way that can aid customers to buy age-restricted beverages, as well as other content, then a vending machine revival could be in the cards.

While the security of accessing age-restricted items would be a pertinent matter for developers, so is the process of making secure transactions, which is something that Dash hopes to capitalize on in its InstantX technology.

The InstantX Soda Machine is designed to facilitate lightning fast transactions by utilizing Dash’s second-tier master node network to lock in transactions. This network helps to prevent the user from accidentally double-paying when attempting to make a purchase and is so much quick than the transfer of money and takes less than a second.

Implications for the Future

Crypto-vending machines may ultimately be seen as the cornerstone that leads to even bigger, more intricate developments in making microtransactions an everyday occurrence.

There are plenty of transactions that occur and could benefit from the security and speed of blockchain, from making secure in-store purchases to the buying of tickets to events, like sports matches and concerts. Blockchain also gives us a much-needed layer of confidence in keeping age-restricted products out of the wrong hands and could be deployed to help the sales of cinema tickets, casinos, or even invite-only events.

Indeed, with so many startups looking to break into the crypto-vending market, it seems only a matter of time before we can start to consider using our virtual money to make real-life purchases. With the added security of blockchain helping to boost our collective confidence along the way, buying a can of fizzy drink will never have been so easy.

What Is the Real Value of Using Cryptocurrencies?

Immunity on the Dark Web as a Result of Blockchain Technology