This is an entry for DZone's First Annual Computer Science Fair. Check out the rules and guidelines in this article to see if your side project can win you some $$!

This article is a project presentation of a SQL database management tool and the whole development process. The project name is LightBox and the source code can be found HERE.

What This Project Is About

This project is a windows SQL database management tool. Some of the main features are the following.

The goal is to provide fast performance and speed in high priority and have a simple UI interface. Also to support as many databases as possible and be stable software with a decent amount of configuration. The loading time of opening the application and the responsiveness is really fast. It designed to handle and represent a large amount of data from tables when needed and have a powerful editor with a good IntelliSense.

The Road So Far

At the moment of writing this article, most of the core functionalities and UI work is completed. Also, the databases supported are MySql, MariaDB, PostgreSQL, SQLite.

The following are the main categories of what is left to be done.

How and Why I Have Done It in the First Place?

You may ask yourself, why I have done all these and bothered in the first place? why don't I just use some other tool like dbeaver?

I always loved to code and I still love it when I'm working or as a hobby/side projects. I started coding before I went to university and in my first semester, I already knew that I wanted to become a software engineer, I always loved to create my own tools/frameworks/libraries and work on enterprise systems.

Now this project always was a hobby for me and I'm contributing whenever I can.

When and Where This Project Started

It all started as a university course project we took my and my friend Valandis Pitsas.

The project back then was to create a MySql dump application (Firedump). It was a .NET windows form application written in C#. It was something we enjoyed doing.

In its early stage it was just a MySQL dump app for the university course we did me and Valandis and below is a screenshot of the app. 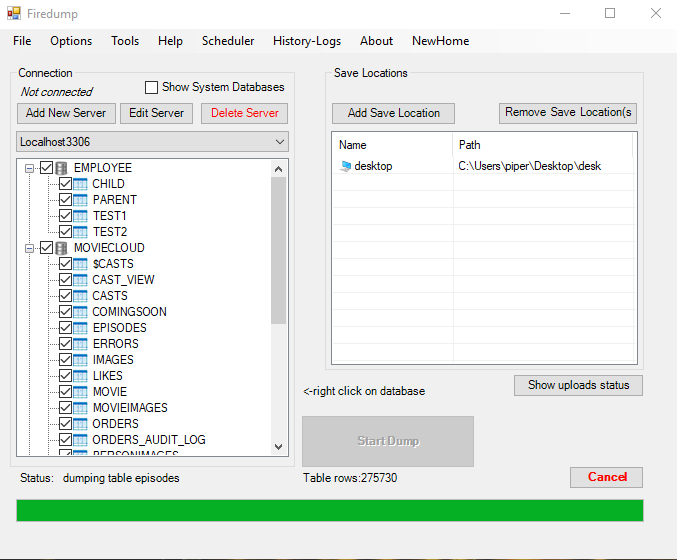 It had many features like advanced options, the ability to upload the dump in FTP or cloud(dropbox), and others.

One last feature I really wanted to add before presenting the app was a SQL editor with IntelliSense. I thought it would be the coolest thing to show and will blow everyone's mind.

After some work, this is the early stage of the app. 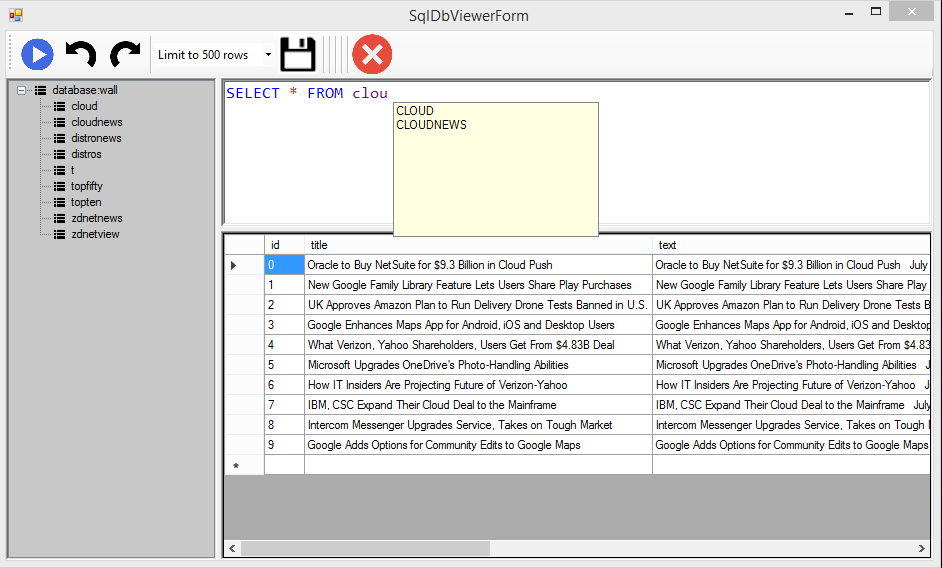 It looks nothing like the current one and it was super buggy, but it went pretty well in the presentation.

After some years I decided to create a SQL editor as a hobby/side project. I also took some inspiration from SqlTools (oracle client) which I really enjoyed using for years.

I created a new repo, took the good parts from Firedump, and started coding.

For development, I use Visual Studio 2019 community edition. The app is a windows-form written in C# and runs on .NET 4.6 and above. In theory, it could run on Linux through WINE but I have never tested it.

This is the main UI of the app. 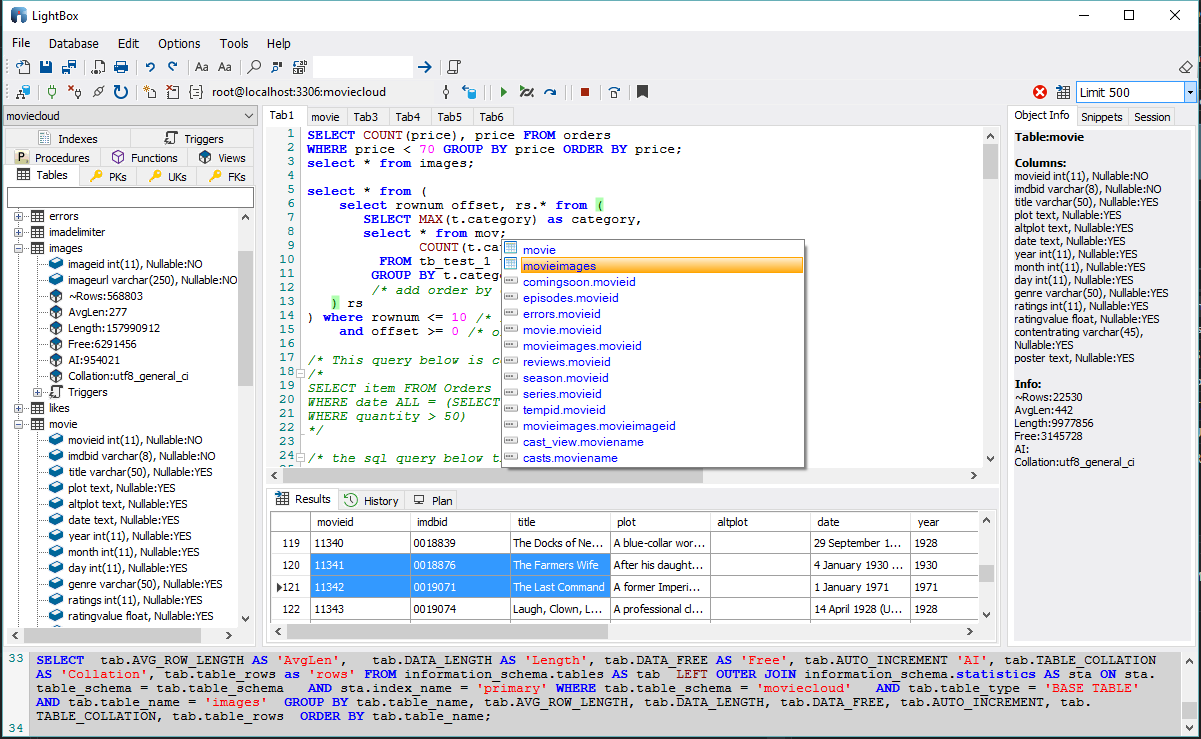 The UI is separated into 5 main categories/areas. 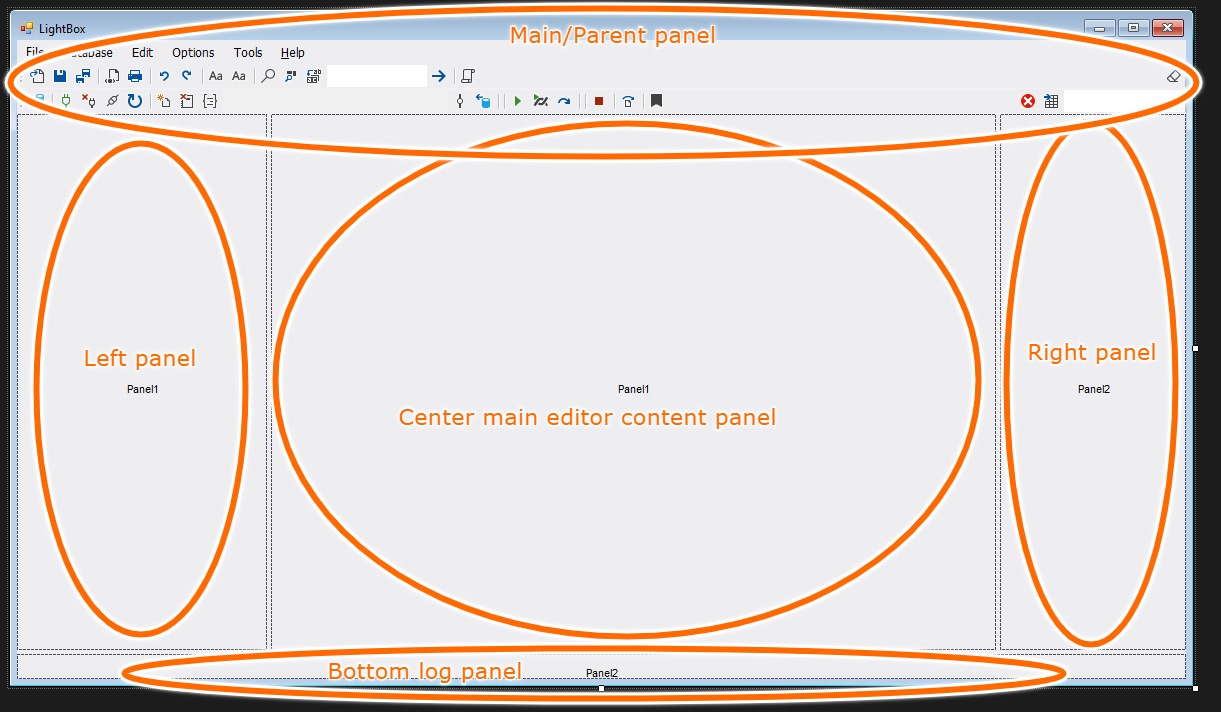 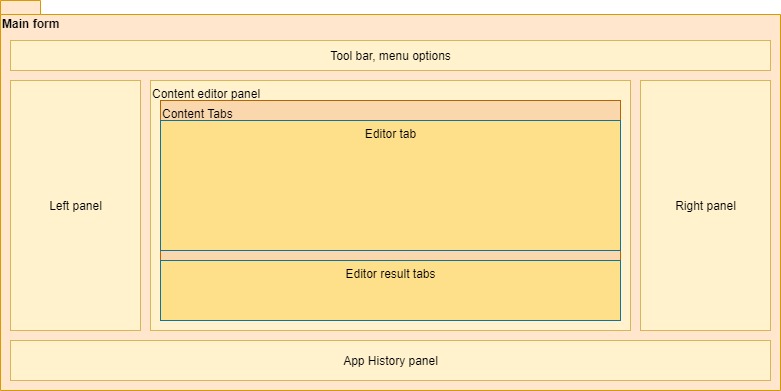 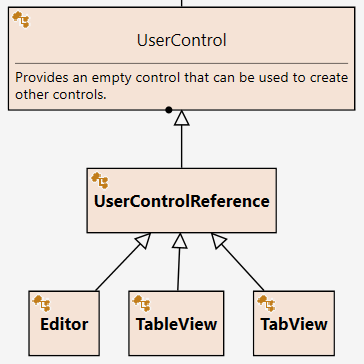 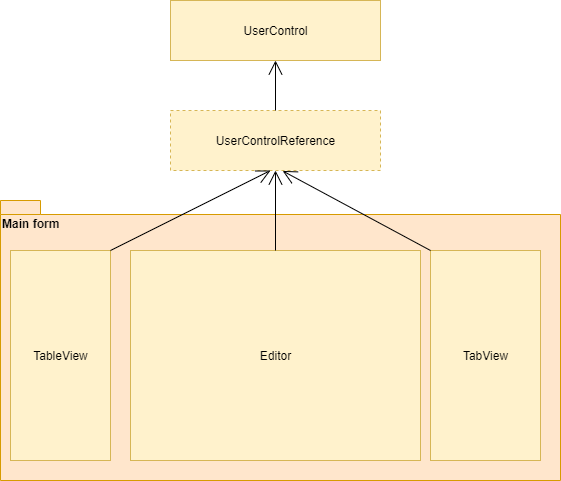 So for example, if I want to get a reference to the Editor user control or any other control of type UserControlReference I have the following generic method.

Below the analysis of the main core functionalities which proved very difficult to implement.

There is only one open connection through the app lifecycle.

This is also done for speed and simplicity(both me and the end-user). Once the initial connection handshake is done the connection remains open and is ready to be consumed.

In options, there is a generic tab option that applies always and a tab per database option.

For example, in the SQLite tab, I have a pragma editor. 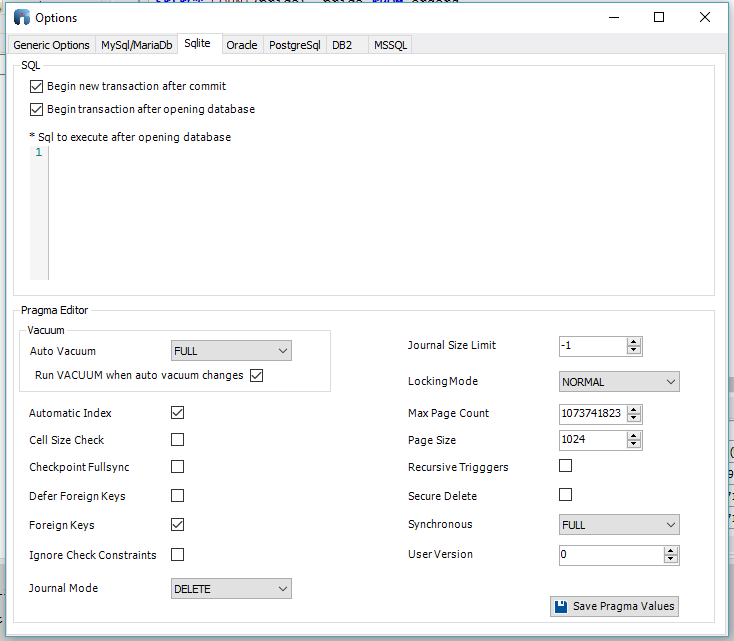 When a selected SQL text from the editor is executed a series of actions take place before and after we see results data populated.

Let us take a simple example of a SQL query

The first important step is that the execution of the SQL commands happens in a different thread from the main-UI thread. We don't want to block/hang the UI, some SQL might take a long time to complete and the UI must be unblocked and available to the user(to cancel or abandon or whatever he can do).

The second most important step is the lazy/fetch loading of data to the results datatable.

For speed and efficiency, I only load chunks of data when needed to results datatable. All the major tools are doing the same thing in different ways.

Let's assume the table my_table have 1.000.000 rows. It would take a long time to query all the results and render/load it to datatable.

How Fetching Is Implemented

There are two ways to implement fetch.

First and most efficient but hard to implement is to modify the SQL statement and add a limit offset.

The other way is to move the reader-cursor to the position you want to start reading the data.

The second way is implemented in the app since it was a lot easier to do, straightforward, and proved quite decent.

here is a pseudo-code of what happens when datatable reaches the bottom.

Have you ever wondered what happens when you run the selected SQL block in your ide?

A series of steps take place before execution. One of them is to take the SQL block and separate it into SQL statements. After the separation, the execution of the statements follows one by one.

This functionality is supported by almost all SQL development tools, big or small and it's one of the most difficult tasks I'm facing, to implement for other databases.

In the example picture below, we see the execution of a SQL block and the history result table for every command.

The most difficult part about SQL blocks is that they could contain triggers, comments, multiline comments, procedures, pure pl/SQL blocks.

Let's take a look at a more difficult SQL block to parse below.

As we can see above the parser must separate the block into the following three statements.

The above PL/SQL is from Oracle which I don't support yet due to parser implementation difficulties. But I support MySQL. In MySql, the above PL/SQL would exist as a procedure similar to the following.

This is how the MySQL parser works.

The separation of the first two statements is done with a delimiter semicolon.

Support and Implement Many Database Vendors

By using factories and interfaces I don't rely on the implementation but on abstractions.

In .NET all database vendors have created their own implementation of System.Data.Common.DbConnection which as Microsoft states

Defines the core behavior of database connections and provides a base class for database-specific connections.

This helped me a lot, with a simple factory method I have support for all DBS and I'm not relying on the implementation class.

For other  SQL queries that the apps needs for database treeviews, dropdowns, and the whole app, I have a SQL interface, for example.

And in each database vendor class, I'm implementating the SQL method functionality. For example in MySQL and PostgreSQL.

This way by combining the factory method I can focus only on method implementation, rely on abstraction, and not have to worry about refactoring.

Some of the most important dependencies/libraries.

SQL statement parser is a standalone .NET core library can be found here and on NUGET.

For the editor, SQL code highlighting, and IntelliSense a special thanks to Pavel Torgashov and his open-source library FastColoredTextBox which I integrated successfully and there is a lot of future abilities to implement. I don't know what I have done without it.

Most of the unit tests are in sql_statement_parser library, they are parameterized tests and are very helpful when modifying or creating a new parser.

All the repos are public on GitHub organization LightHouse

For task tracker and progress I'm using Trello and is public

The methodology is KanBan since I'm coding whenever I want and I don't want to have any pressure sprints or whatever.

The Trello kanban separation is done in 7 main cards.

I made a simple responsive website presenting the app on Github pages. I used Bootstrap and nunjucks which proved very useful. As for implementation I used nunjucks for template engine, created my own sass style guide, @mixin breakpoints, and used the bootstrap grid system.

One of the biggest problems I'm still having and spending most of my time on is to create SQL statement parsers for other databases. I have created parsers for MySQL, MariaDB(using the same parser), and PostgreSQL.

Next, I want to create a parser for SQLite but I'm having a problem with 'create trigger' statement. It proved very difficult for me. After SQLite, oracle is next which I have no idea how to do it.

Maybe use ANTLR not just for statement parsing but for the whole SQL syntax tree analyzer. If done correctly I could provide SQL refactoring, analysis, better autocorrect, and other features.

Take advantage of GitHub CI and run tests on every commit.

Create a web-based app from scratch. Angular or react in front, spring in back. dbeaver did it with cloudBeaver and it's not even one year old yet. It's very difficult and it requires R&D to have the same performance and responsiveness on the web since you dealing with DOM.

I prepared a 64bit demo release. Requires .NET 4.6 or above, which can be downloaded HERE. Unzip (or not) and run lightbox.exe (note! only MySQL and SQLite are supported for this demo).

This is an entry for DZone's First Annual Computer Science Fair. Check out the rules and guidelines in this article to see if your side project can win you some $$!