Craig's Utility Library (or CUL, as in cull because I'm not that creative), was initially designed through a number of projects that I've worked on. Over time I assembled a number of classes to handle various tasks and continue to add a number of items in my spare time. The library is written in C# and uses .Net 4.0 but many of the classes are usable in lower versions. More code can be found on my website: http://www.gutgames.com.

For a list of features, take a look at the List of Features page. Note that if you're updating from previous versions, this is a HUGE update and will break existing code. However the break was needed to push the code to a more manageable state.

Craig's Utility Library is one of the largest collections of extension methods and various helper classes out there. It has gotten to the point where if you can think it, it's probably already in there (and if not, put a message on the Issue Tracker and I'll add it when I get bored, which is often). So how much is in there, well let's start with the extension methods: 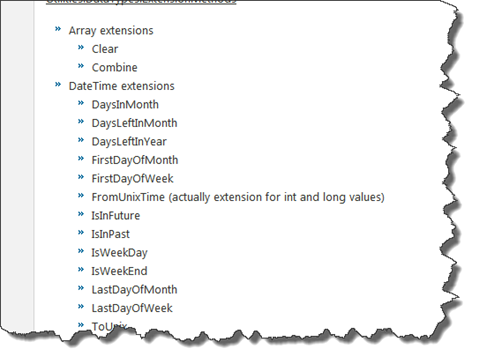 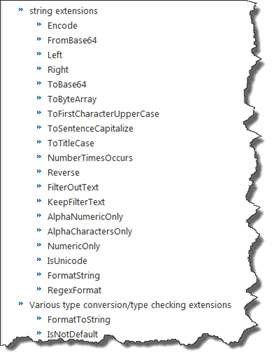 There's literately a boat load, as in oil tanker sized boat load, of utilities, features, functions, extensions in this library.