Culture becomes the habit and behavior of the people. Before designing interfaces, it is very important to know the user well. User research without a study on the culture can’t be considered to be passed through a complete process. Different research proves the same.

There are different design factors which are indirectly connected to one’s culture. It embraces icons, symbols, formats, typography, colors, functionality etc. Some elements can’t be generalized as there is a huge cultural difference among the users. So the globalization of any interface design would be a tedious task for the designers.

Cultural influence varies a place to place and it defines the behavior, interests of the people in a particular area. It also changes from time to time as they get influenced by many external factors. Whereas Eastern Asians prefer nonverbal communication more easy and comfortable, Europeans and Americans like to have face-to-face interactions.

Different culture has different communication styles. It adheres to the languages sometimes. Even though English is considered as a global language and used in most of the country sites, it is one of the languages, which is not w 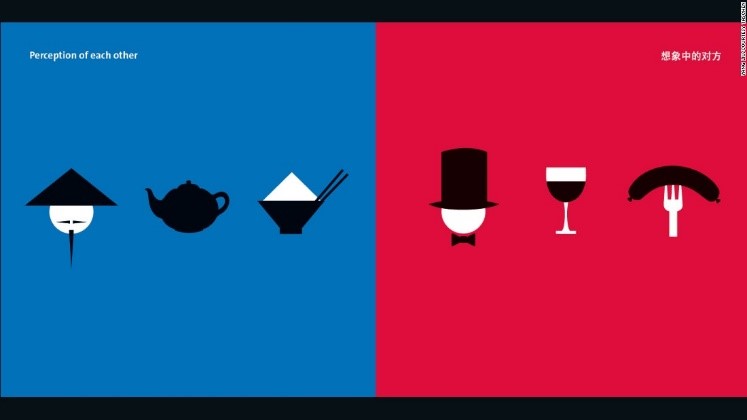 ell structured and framed. Also, people are more familiar with their own language, so their comprehension level is high when information is conveyed in their own language. China has the highest population in the world, and they prefer Chinese in most of their websites as the users are mostly from China.

Power Distance Index, one of Hofstede’s dimensions, indicates the acceptance of hierarchical difference among the people. Western people have low PDI and so they don’t follow the hierarchical difference and they have to be treated politely and with great respect. Certification and logos are not required to gain the trust of the people out there. Nationalism and religions are less significant and infrequent for them. Dutch-German people follow the same path, whereas the people from Eastern countries have very high PDI. They don’t like to take the responsibilities and regard the site as an expert. They are usually less critical and they trust the site. The commercialization of Chinese websites is an example for this. Malaysia is another example.

US websites are examples of another dimension, Individualism. Everything is presented to attract the individuals around the country in America. Call to Action Buttons, "Favorite deal" options in MCD site of US are individual focused elements. Personal achievement and materialism are considered as a success by individualist nations. On another hand, collectivist nations like Turkey, Costa Rica highlight the social, political agendas as the success points. The taglines used in the websites really matter a lot as it directly influences the people in the country. So it has to be framed the way the people think. The provision for adding personal contact might be helpful in the websites of Individualist nations and it is really a bad idea to be given in the websites of collectivist nations.

When we consider the dimension Masculine and Feminine Index, countries like Netherland, Sweden, South Korea take the first top positions in preferring feminine experience. Mutual co-operation, support, unifying values are important for them. Poetic words and visual aesthetics are significant features of their designs. But when we go through the designs of countries like Japan, Austria, and US, the dominance of masculinity is clearly visible. The male user group is interested in achieving quick results. So the navigation is how much ever usable, they tend to explore more to get the results. They are interested more in graphics, animations, and games. So including these in the designs captivate their attention and involvement in the websites.

Uncertainty avoidance is another dimension which is high in countries like Russia and Belgium. The site should be trustworthy and should give fewer chances of risk to the people. Simplicity, limited data, clear navigation, mental model are to be included in the designs. On the other hand,  the people in countries like India love to take risks. Changing themes or colors are introduced by focusing the people who are ready to take the risk. Complexity and less control over navigation are acceptable by people in less UAI countries. Britain is another example.

When India receives the guest with a "Namaste" gesture, Japanese welcome people with white flowers. When people from Catholic countries mourn wearing a black dress, Hindus from India wear white clothes to show grief and condolence; each and every situation is unique and different. Directly or indirectly it influences the way of thinking and the behavior of the people. So considering the cultural background of the users would help to create a better design and foster the quality.