In today's world, we must constantly evaluate various web technology and make decisions as to which to use, which to eliminate, and which to aim for. Therefore, it is crucial to keep up-to-date with the current habits of web developers. Java Web Framework ZK has conducted a community survey that seeks to answer several key questions. 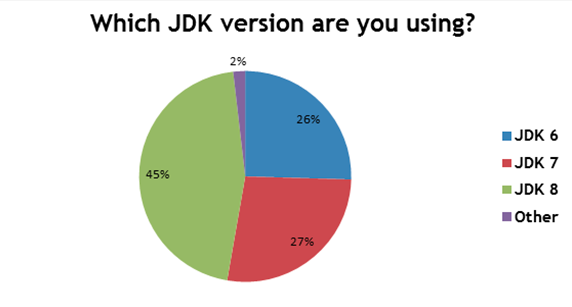 According to the results, a substantial number of developers, approximately 45%, have upgraded to JDK 8; however, over 50% of participants are still working with previous versions. 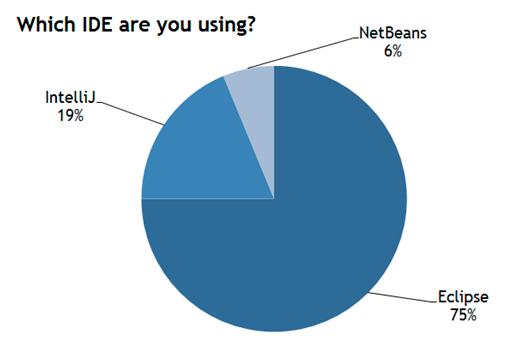 Although the common perception is that IntelliJ has become more popular due to superior efficiency, it appears that Eclipse still remains the majority’s preferred mode of web development. 75% of survey participants continue to rely on Eclipse, while a considerably lower number, at 19%, are currently developing with IntelliJ.

ZK engineer shares his insight as to why Eclipse is able to maintain this lead, despite being a more traditional solution: “Many developers remain creatures of habit and enjoy programming in the familiar environment of Eclipse.” 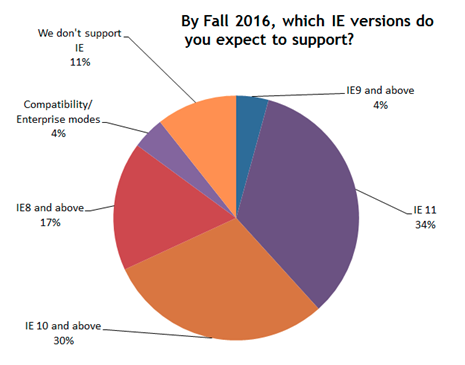 Since January 2016, Microsoft has stopped supporting IE 8, 9, and 10. Correspondingly, our results indicate that one-third of developers have upgraded to IE11. However, it is important to note that the majority, at 51%, aims to continue supporting IE8, 9, 10. A small percentage of developers (11%) are unaffected by this change, as they are not planning on incorporating IE into their projects.

Published at DZone with permission of Tendy Su. See the original article here.