Let’s start from a definition. A currying function is a function which could accept a fewer number of parameters than are declared, then it returns a function with unused parameters. This definition is totally weird. In order to understand it we need to go through several examples. And be sure that you already know how simple Scala functions work.

The most efficient way to understand the currying is to work with higher-order functions. Let’s look at following code snippet:

What’s going on in the string above? Well, there is declared concatenator function. It accepts w1 argument of String type. It returns another function of String => String type. Moreover the returning function has its own body w2 => w1 +" "+ w2.

Now we can see how it works: 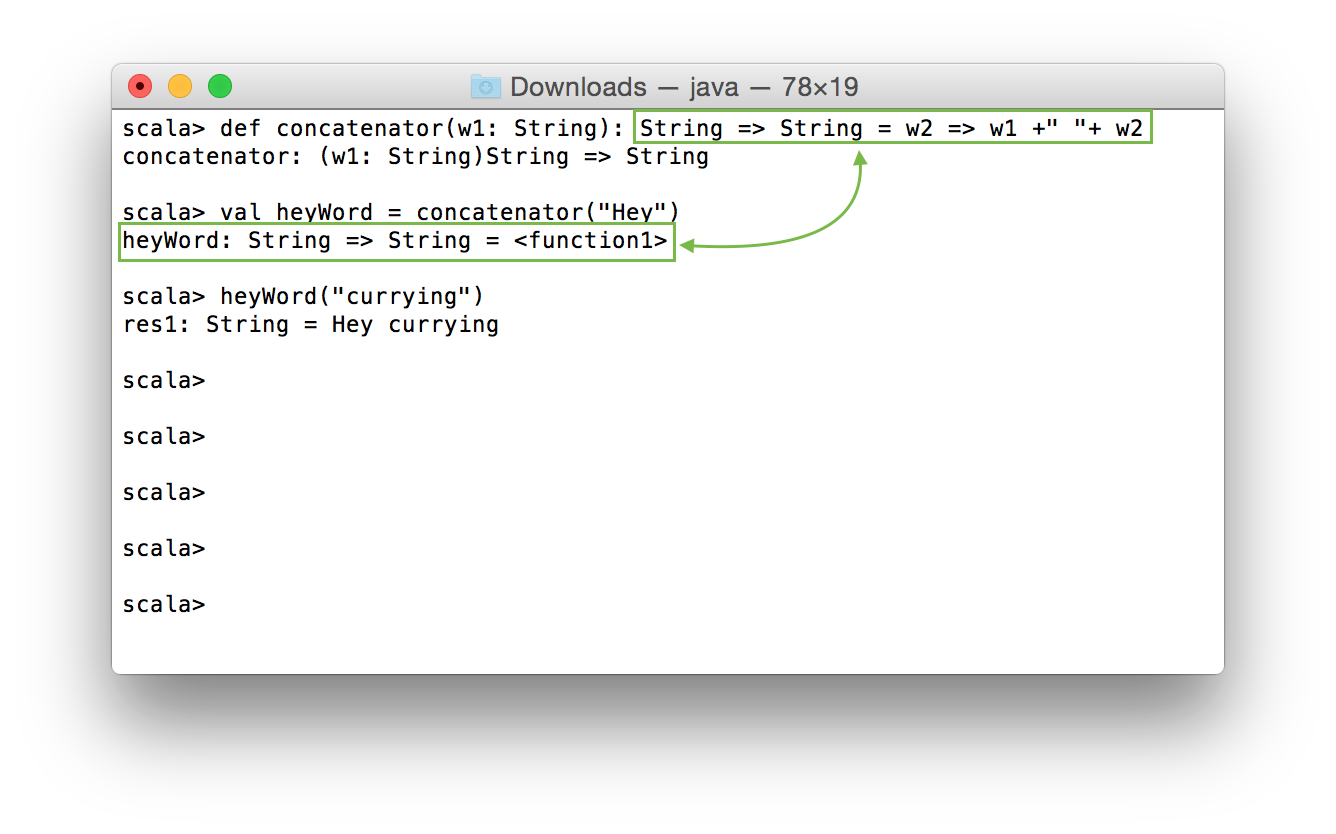 As you see we assigned to heyWord the function. Then we made a callheyWord("currying"). The result of that call is “Hey currying” string.

After this demonstration we can move further. Keep in mind how we used the function which was returned.

So parameters in the concatenator function defined in a separate brackets. How this circumstance affects the function usage? If we want to call it as a normal function we could pass all arguments in the same time and the result will be: 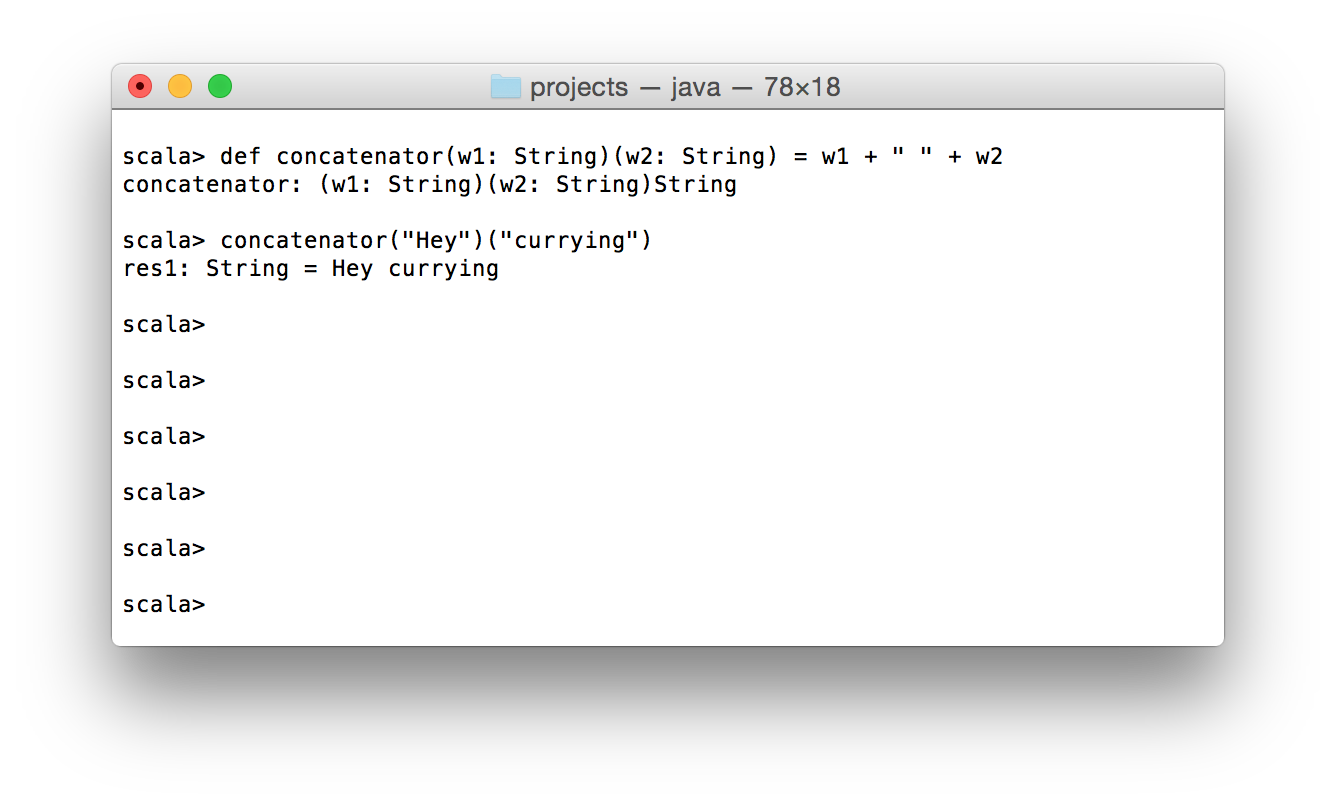 As you see we get the expected output Hey currying string. But what if we don't have all required elements at the moment of first call? In this case we could use underscore or empty curly brackets instead of missed parameters: 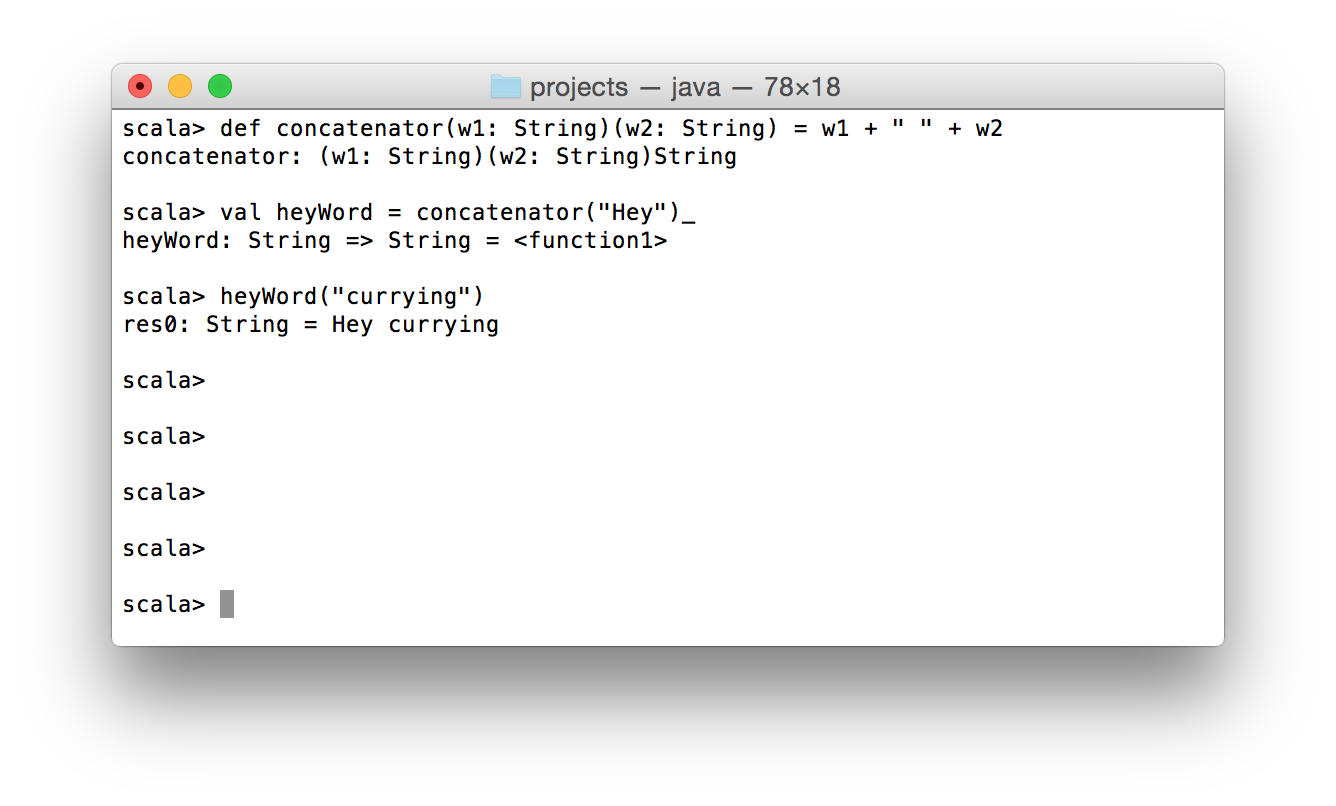 In the code sample from the first section of this article we used currying to achieve the same effect. So we assigned the result of the first call to heyWord:

Then we invoked the heyWord function with the currying parameter. I think now currying is more or less clear to you. In order to complete this topic I want to provide one more example of a curried function.

What about a curried function that has more than one parameter per set of brackets? It’s easy: 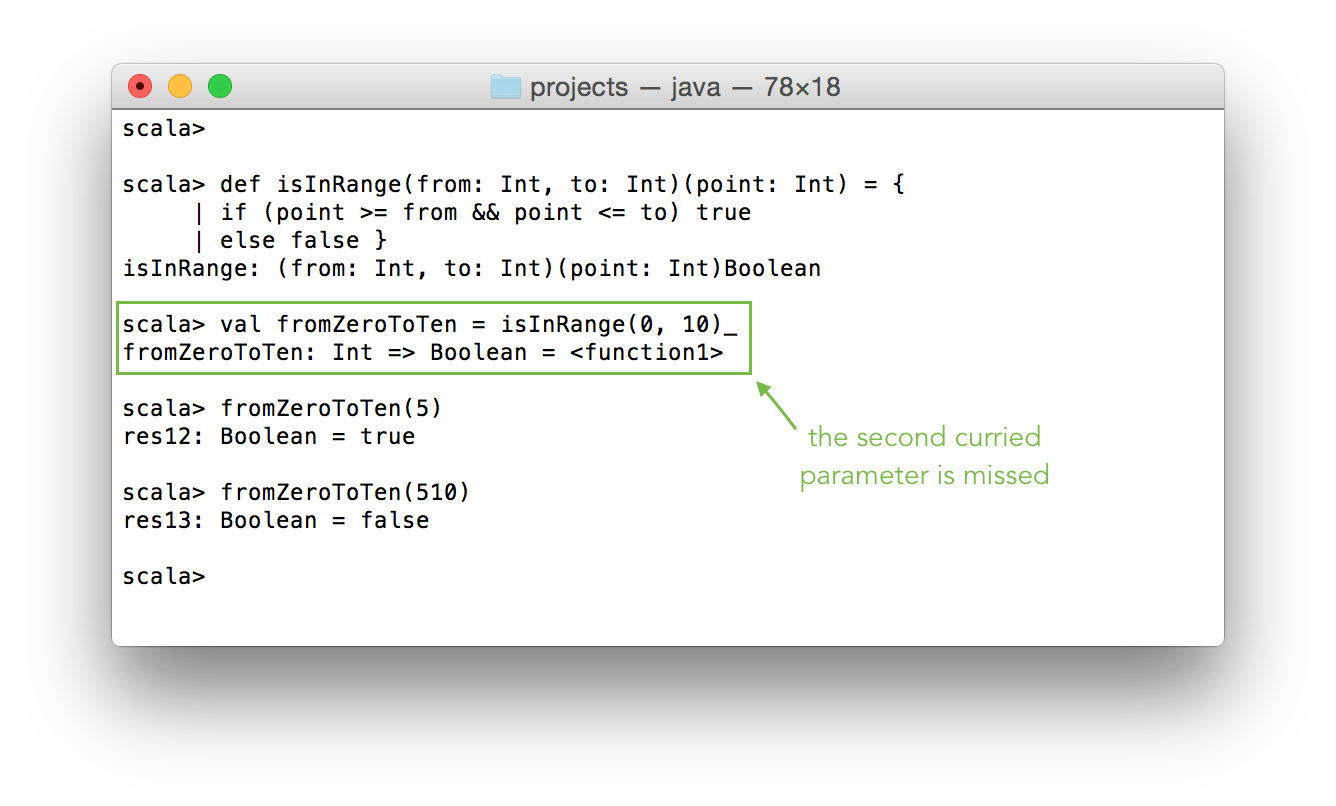 By the way, if you want to specify not to look at the first argument, you could use the following approach:

Thanks to Luka Jacobowitz for his remarks on this case.

The basics of currying are simple if you are interested in learning them. A more important aspect of them is a practical usage. In this respect I’m not so experienced and I’d like to see your own samples in comments.