Cybersecurity is defined as how people and organizations can reduce their risk of damage to computer systems and networks. In practice, cybersecurity practitioners fend off cyberattacks, and the rest of us do our best not to fall for online scams.

Cybersecurity has become a major focal point in protecting customer data, with so much of what we do now moving online and relying on computers. This is especially true in a post-pandemic era. One study found the number of global data breaches jumped by 273 percent in the first quarter of 2020, compared with the corresponding period in 2019.

The advent of no-code automation development has meant new programs have sprung up left, right, and center. Many organizations just aren’t equipped to deal with the threats that accompany them.

As the list of business processes grow longer and becomes more complicated, so do the threats companies face. And, although reactive measures like firewalls and antivirus programs have worked for businesses in the past, these new threats require a more proactive approach.

Marketing teams can now collect huge amounts of information about site visitors, which can lead to cybercriminals stealing personally identifiable information (PII). This is hugely detrimental to brand reputation - as of 2020, 59 percent of consumers would avoid doing business with a company that had experienced a data breach in the last year, which can possibly take a toll on their app retention rate as well.

That same study found nine out of 10 people surveyed weighed up how trustworthy a brand was before interacting with it, and a huge 70 percent thought businesses simply weren’t doing enough to keep their data safe. Meanwhile, businesses’ bottom lines are being hit hard: there’s an average drop in company value of 7.27 percent after a large data breach. 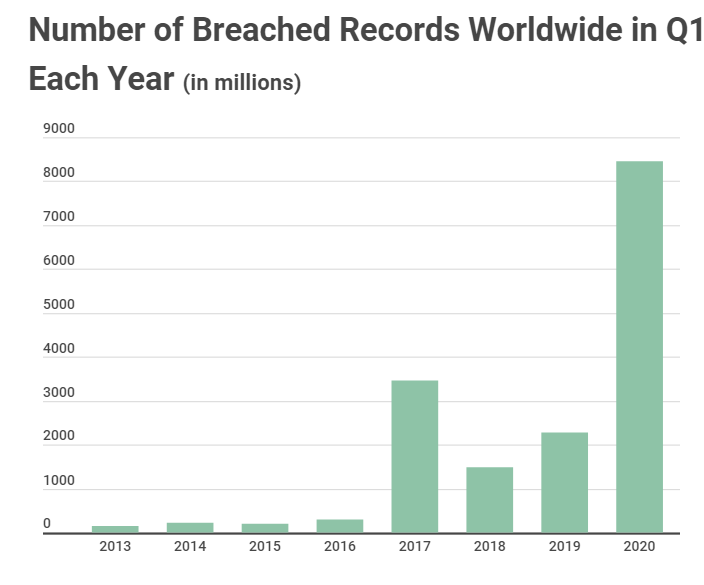 The Four Most Common Types of Cyber Threat

From social engineering to spear phishing, there are many different types of cyberattacks. It can be hard to keep up! It’s key to know the differences so you can implement preventative strategies before they become a problem.

Most people have come across malware in one form or another. These are the typical computer viruses. They include software like Trojan horse viruses, which masquerade as something else - usually legitimate software - to gain access to your system.

Most malware works by infiltrating the unsuspecting users’ browser, and from there, recording sensitive information as it’s added to legitimate sites. Ransomware works a little differently, though it can be classed as a type of malware. In ransomware attacks, the criminals still have access to personal files and information, but block your access to them until a ransom is paid.

Infamously, the UK’s National Health Service was targeted by one of these ransomware attacks in 2017, and almost 7,000 patient appointments were canceled as a result.

Social engineering in cybersecurity is the practice of relying on human trust. Essentially, it tricks people into giving away information. According to a 2019 report, 99 percent of cyberattacks use some form of social engineering to gain access to sensitive details.

Third-party software attacks rely on outside parties having access to an organization - and therefore the data it contains. This is particularly prevalent in companies that have heavy security measures themselves, as their suppliers and software often don’t have the same level of protection at all.

DDoS attacks are the ones you’re most likely to see in movies, where the hackers are good guys trying to jam the bad guys’ systems. Sadly, they’re not often used for positive purposes in real life. DDoS stands for “distributed denial of service”. It relies on the attackers sending so many ƒmessages to the site’s server that it can’t function. This typically leads to a ransom demand to restore the proper working of the site. 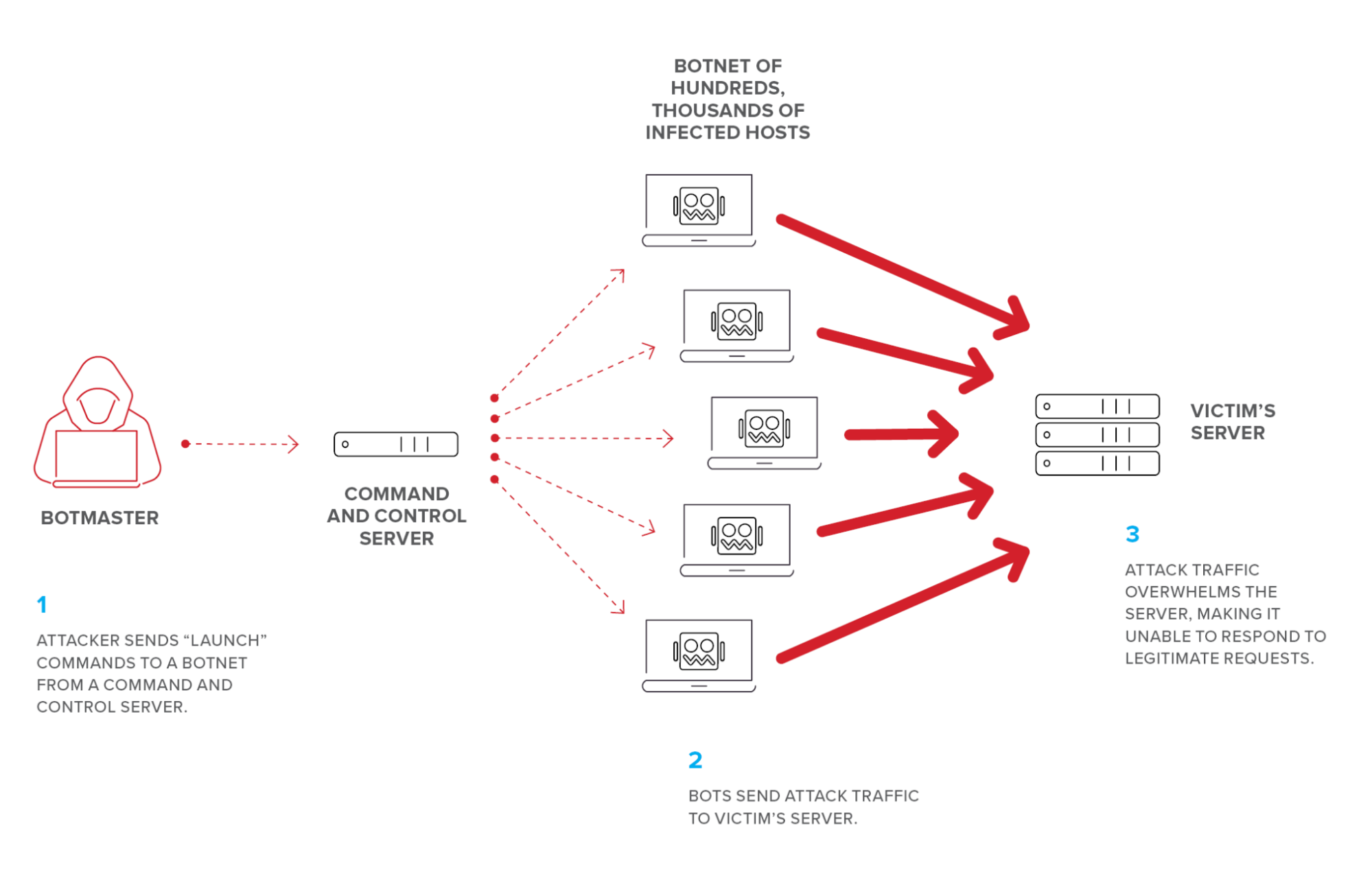 What To Do To Prevent Cyberattacks

Thankfully, it’s not all doom and gloom. There are plenty of ways companies and individuals can protect themselves against cyberattacks. Of course, firewalls and antivirus programs still have their place - removing them just gives cybercriminals an easier point of entry!

For a few more ideas on how to ensure you’re defending your company’s cybersecurity proactively rather than reactively, read on.

As well as beta testing software and web testing sites for user accessibility and ease of use, companies can look into testing from a cybersecurity point of view. Ethical hackers - properly known as penetration testers - can be employed to try out security systems. Their in-depth knowledge of hacking techniques makes them uniquely placed to see where a company’s weaknesses lie.

You might well offer training on team cohesion or effective marketing strategies, but many workplaces don’t consider the idea that their employees need educating on safe data handling practices.

This can be particularly useful for teams that handle cookies and data privacy, such as those employed in the marketing sector. It can also reduce the threat level of some of the more common scams, which often rely on human error and social engineering. A quick refresher course on what to look out for in suspicious emails and texts can do wonders to prevent data breaches.

With the ever-evolving technological landscape, letting a few threats slip through the net is all too easy. However, this simply isn’t acceptable when it comes to customer or user data leaks. That’s where automation comes in.

Technology and Automation in Cybersecurity

When technology plays such a huge part in the new threats winging their way into cyberspace, it’s only right that organizations should be able to leverage it to their advantage as well. Here’s how you can do that.

A 2018 study suggested that 47 percent of data breaches reported by C-suites were the result of employee negligence. To err is human, but when there’s data at risk, why take the chance?

Automated bot software can be programmed to complete tasks more competently and with fewer mistakes than its human counterparts while still complying with iso 9001 requirements. That isn’t to say we should swap humans out for digital coworkers entirely but rather supplement human knowledge with some help from bots.

For example, bots can be set up to triage low-risk alarms, dealing with threats before they become a major issue. This can help prevent alert fatigue, where the sheer number of alerts and the responses they demand wear down responders, leading to delayed responses or missed alerts altogether.

Equally, SAP RPA can be set up to gather and analyze large data sets. This means cybersecurity professionals can spend time on more complicated tasks like preventing attacks from happening in the first place. This is particularly helpful if a business has opted for a part-time contractor, as they will only have a certain amount of hours allocated to work on that company.

General Software and IT Specializations

One of the most common socially engineered threats is a phishing scam, in which cybercriminals use emails or texts sent from sources that look reputable to gain more information from a target.

As well as ensuring that employees are digitally savvy and know the signs that mark phishing messages out, it can be helpful to employ IP to geolocation API. This allows admins to pinpoint exactly where a message originated, making it simple to determine whether it was sent from a colleague or not.

Geolocation API can even reveal patterns in where hackers originate and prevent them from getting through company firewalls. When there’s a lot of data to analyze, they can pinpoint connected networks too, suggesting a larger, coordinated phishing attack.

Automation in Cybersecurity: The Next Frontier?

Whether you dive straight in with robotic colleagues or choose to explore more about cybersecurity threats in general, it’s clear the future of cyberattacks - and how we respond to them - is ever-changing. It might be you look into RPA guides to figure out how automation can help boost your cybersecurity.

Maybe you opt for regular quick refresher courses on common scams and virus prevention when you’re planning to make an app. Or perhaps you’ll engage a cybersecurity company to look into IP data and predict future attacks.

Yet, can automation help us keep up with the threat? It remains to be seen, but we think it’s a pretty safe bet.