the latest version of the eclipse development enviroment, version 3.8m1, was released today. the ide is now on par with intellij idea 10.5 and netbeans 7.0.1 by adding "official" support for java 7. according to the h , "the available features include content assistance for generic instance creation, removal of redundant specification of type arguments, editor and refactoring support for the new try/multi-catch and try-with-resources syntax, and, refactoring of string based switch statements". java 7 support for eclipse indigo is scheduled for this september.

microsoft's  functional programming language f# is now the 19th most popular programming language for august 2011 according to the tiobe index . the language beat out other popular languages such as scala, clojure, and haskell. tiobe explains, "the recent rise in popularity of f# comes as no suprise. apart from being a nicely designed language, f# is available in the latest version of microsoft's visual studio (2010)".

next generation of kde detailed

plans for the fifth generation of kde were announced today by the kde development team at the desktop summit in berlin. the latest version will focus on creating a foundation for the kde plasma desktop, and will be "tailored to different device types", which explains the name change from "kde platform" to "kde frameworks". it was also announced that qt 5 has a 2012 release date, and the development team "hopes to complete kde framework 5.0 not too long after qt 5".

compuware released the results of their latest browser test today, which reveals that google chrome is the fastest web browser over mozilla firefox, apple's safari, and microsoft's internet explorer. the test used "real-world" metrics, and measured browser speeds for "1.86 billion individual measurements on over 200 websites" by real users over a one-month time frame. 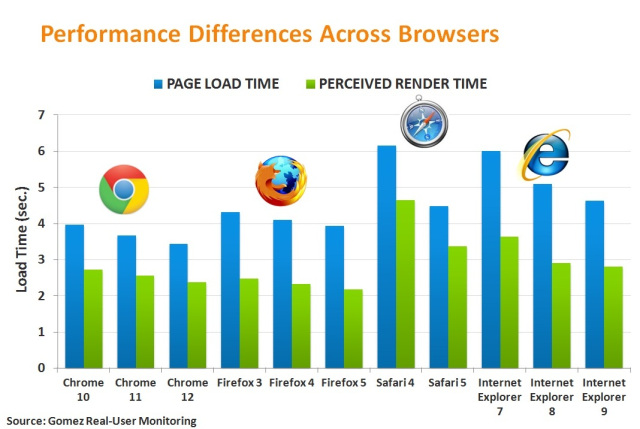 infinispan 5.0.0.final has hit the streets!

thank you to user maniksurtani for today's top link!