Between 2015 and 2018, I was leading a data engineering team for a financial services company. We were the first team in the company to use Azure, and we built a data science environment.

Leading the first cloud implementation project put us under the microscope. We spent months discussing and configuring security, networking and governance.

Who Gets Fired in the Case of a Data Breach?

“Valdas, who gets fired in case of a data breach?” – my lead engineer asked me out of the blue

“Has anything happen?!” - some words increase the cortisol (stress hormone) level and a heart rate, “data breach” is one of them

“No. I am curious. We build data pipelines. We configure network and firewall. There is no one else with Azure experience to review it”

“Well… There is a security department… But we are the ones building everything.” - I mumbled

It was obvious to both of us that we would be the first to get interrogated in case of a data leakage. Leading an autonomous data team with a mandate to choose technology was no longer fun. It got me thinking: 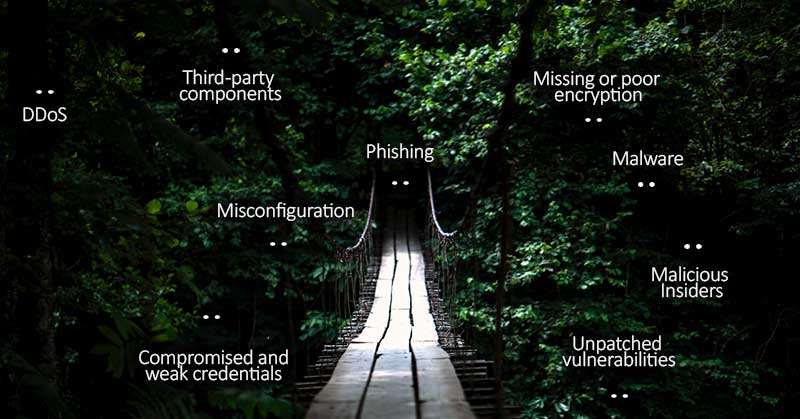 Photo by Adi Goldstein on Unsplash

In 2017, Equifax, an American credit reporting agency, announced a data breach. They exposed the personal information of 147 million people.

What did the hackers find?

The hackers looked for exposed assets. A public-facing web server without the latest patch was a perfect victim. The attackers accessed internal Equifax servers by using Apache Struts security exploit.

See, unpatched vulnerabilities is one of the methods attackers use to access internal networks. The security specialists call it an attack vector.

Having access to an internal network does not yet mean access to data. The next attack vector used against Equifax was compromising employee credentials. Finding a server with usernames and passwords was a breeze.

In fact, the attack was a combination of charges targeting specific devices and applications. The term for all the possible attack points is an attack surface. The matrix is one of the representations.

Access to internal network and weak credentials opened up the Equifax’s databases. Under the guise of an authorized user, the attackers proceeded following steps:

At Equifax, the data breach happened by exploiting 5 attack vectors.

“I hear you, man! I am going to focus on fixing these 5 loopholes and my servers are bulletproof!” - I hear someone shouting

Unfortunately, the list of all possible attack vectors is way longer. Hackers discover new issues. Also, each company has a unique technology landscape, different hardware and software combination. Like the combination of your wallpaper and desktop icons is unique to you. 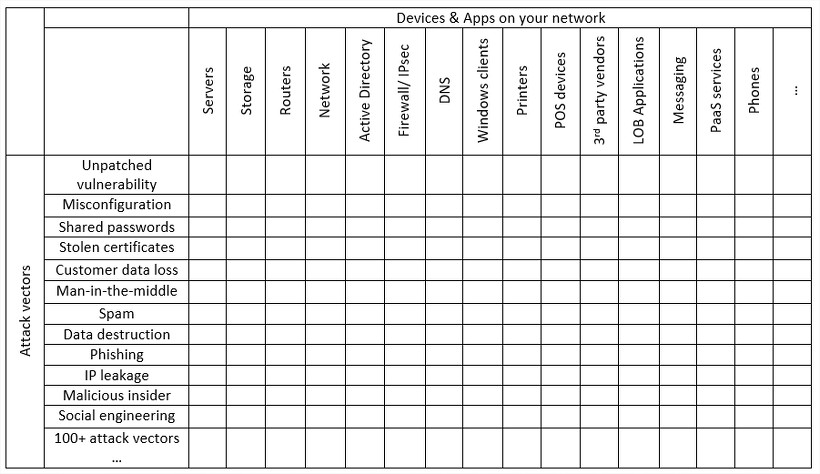 The expanded table above includes more attack vectors. How does it compare to your IT landscape?

Saying “I am sorry” Is Not Enough

Actually, there are fines and settlements, depending on the data breach impact, leaked contents.

Equifax has to pay up to $700 million in fines as part of a settlement with federal authorities over a data breach.

See, it as an expensive mistake.

To date, it is the biggest penalty under The Federal Trade Commission (USA).

In Europe, there is The General Data Protection Regulation (GDPR).

GDPR sets forth fines of up to 10 million euros, or, in the case of an undertaking, up to 2% of its entire global turnover

The biggest penalty under GDPR to date is a fine of 50 million euros imposed on Google. The company didn’t clarify data processing and usage for ad targeting.

British Airways’ website diverted users’ traffic to a hacker website. This resulted in hackers stealing the personal data of more than 500 000 customers. Result? There are ongoing trials and a possible fine of 200 million euros.

Both, British Airways and Marriot, operate in the COVID-19 hardest-hit industries. Hence, the EU has delayed its final decision.

Should everyone in IT worry about security? 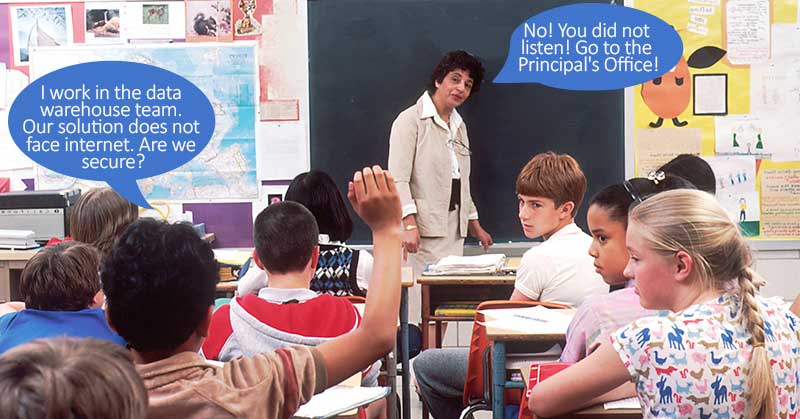 Presumably, you work with a data warehouse or a data lake. Often, it runs on a servers in a strict security zone. In other words, you can’t simply open up Google Search or Stack Overflow there. There is no internet access. Similarly, external users can’t access the server.

I have bad news for you too:

Cloud to the Rescue!? 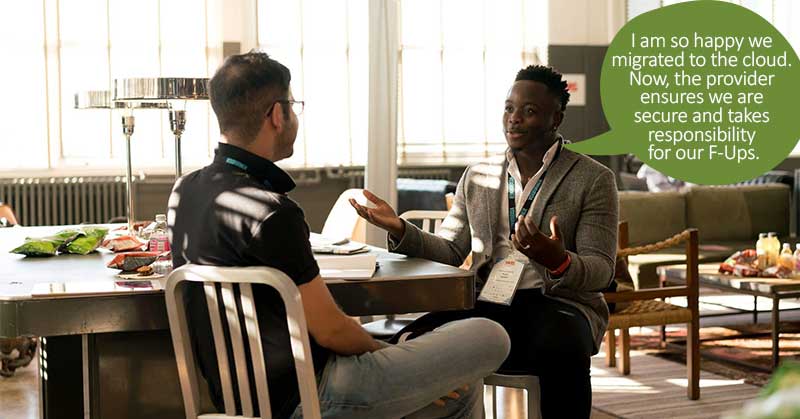 Photo by nappy from Pexels

One of the most popular cloud storages is Amazon Web Services (AWS) S3. It is a general purpose, storage to store data, files, movies. New stories about exposed AWS S3 buckets occur regularly.

Noam Rotem and Ran Locar created one of the latest leakage report, with S3 as the main hero.

What did the white hat hackers find?

It is just the tip of the iceberg.

In this case, the files were being stored on an AWS S3 storage. It is important to note that open, publicly viewable S3 buckets are not a flaw of AWS. They are usually the result of an error by the owner of the bucket. 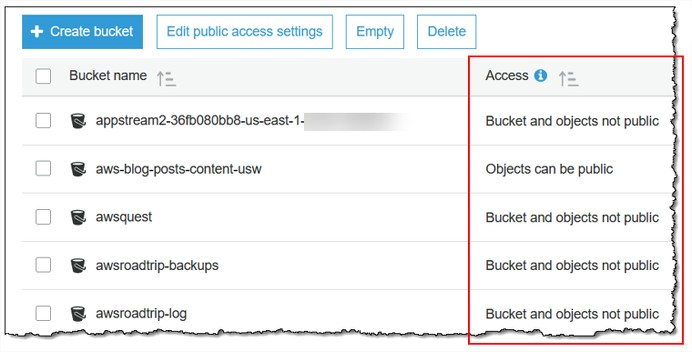 Responsibilities Between You and Your Cloud Provider

Azure, AWS, and GCP have something they call “the shared responsibility model”. I am going to use Microsoft's approach to explain it.

As you move to Azure, some responsibilities transfer to Microsoft. The areas of responsibility between you and Microsoft depend on the deployment type.

Regardless of the deployment type, the following responsibilities are always retained by you:

Help Needed! Where Are the Security Experts? 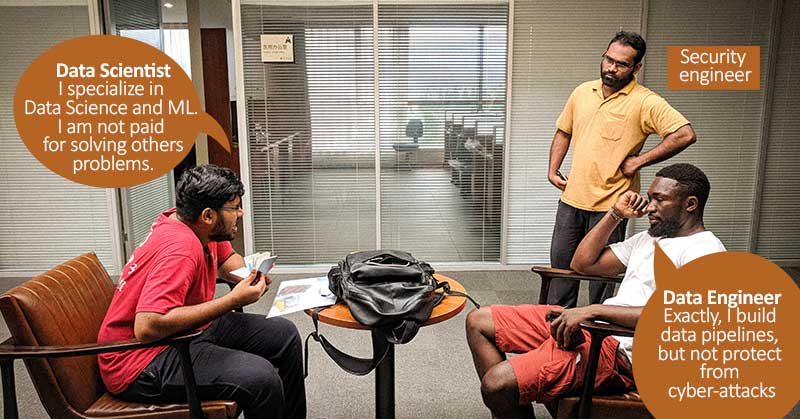 Photo by John Amachaab on Unsplash

By now, you know more about possible cyber-attacks. Also, the cloud providers do not protect you from everything. Who else can help you to avoid data breaches? The security department?

Unless you build security solutions, the security teams do not participate in development. Instead, they focus on:

“Information Security is always coming up with a million reasons why anything we do will create a security hole that alien space-hackers will exploit to pillage our entire organization and steal all our code, intellectual property, credit card numbers, and pictures of our loved ones.” - The Phoenix Project by Gene Kim

Development (builders) wants to deploy solutions into production. Security and operations see new releases and updates as potential enemies. They are gate keepers. 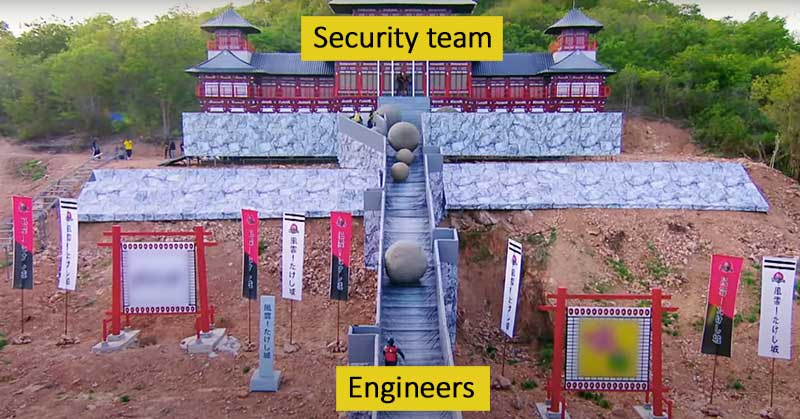 One of my favorite IT books is The Phoenix Project by Gene Kim. It tells a story of a fictional company and their struggles with an important IT project.

The lessons I learned from “The Phoenix Project”:

You need a DevOps engineer in your team!

What’s Next? My Three Recommendations

The cloud computing is the future. Cloud services slash the development time, enable novel possibilities. And at the same time, expose to new risks.

The cloud providers integrate advanced security mechanisms to keep you safe. Some of it works by default, some needs extra effort. In fact, enabling data encryption, patching your servers or preventing DDoS has never been easier.

Don’t be lazy, and take care of your IT systems security

First, understand security threats and be able to mitigate them. Do not rely blindly on a cloud provider or the security department.

Every team should have at least one person understanding firewall, encryption, networking, etc. 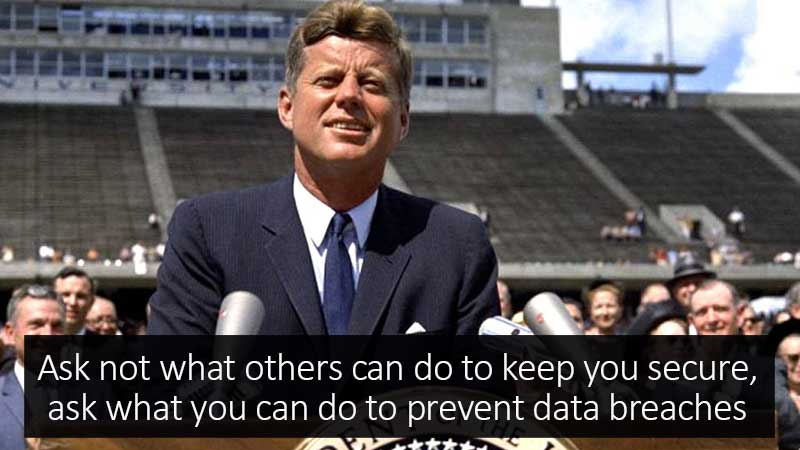 Secondly, Minimum Viable Products (MVPs) are not the best designed pieces of software. MVPs are tiny and small in functionality, but often run in production environments.

In another blog post, I shared a standard process to run a Big Data prototype.

Remember, running an MVP is not an excuse to overlook your security best practices! 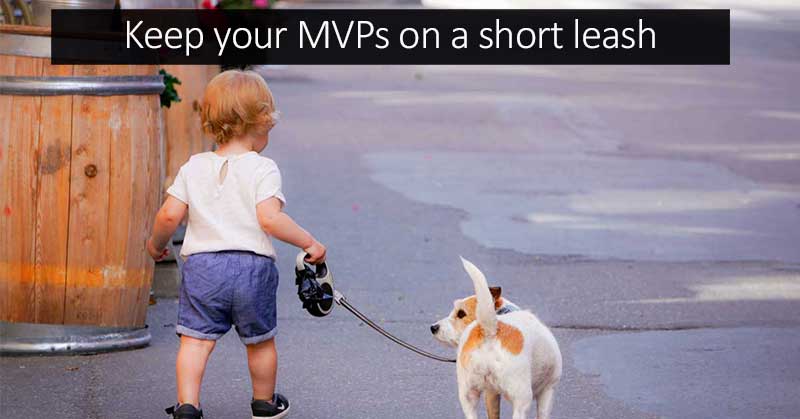 Third, understand potential threats and make sure you configure:

Hopefully, you don’t forget about something. That would be expensive… (see the Equifax story above).

To ensure I don’t forget about tiny configuration details, I always follow my security checklist: 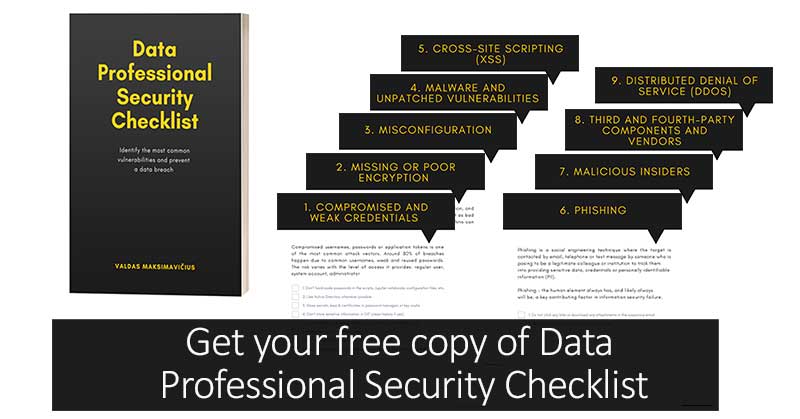 Finally, Who Gets Fired After a Breach?

One question raised at the beginning of this post still stays unanswered - who gets fired after a breach?

In 2017, McAfee, an American global computer security software company, did a survey among IT security leaders. They asked the same question: 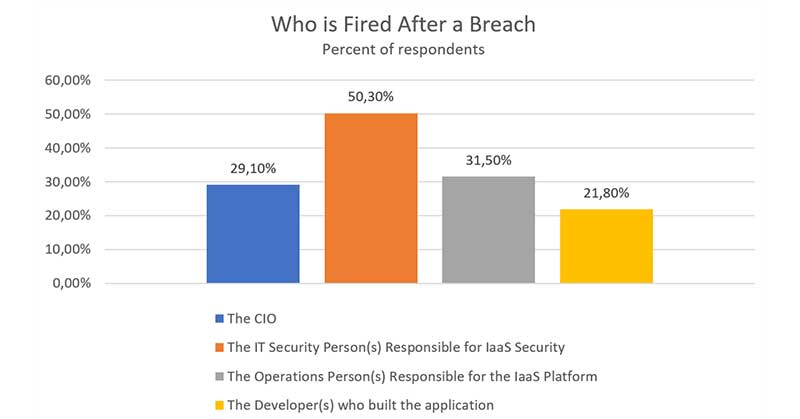 IT security leaders survey by McAfee; 2017

What is obvious, whenever “sh*t hits the fan”, it affects not only business and technology leaders. Surprise, surprise! Engineers are responsible for their implementations too.

Published at DZone with permission of Valdas Maksimavičius . See the original article here.