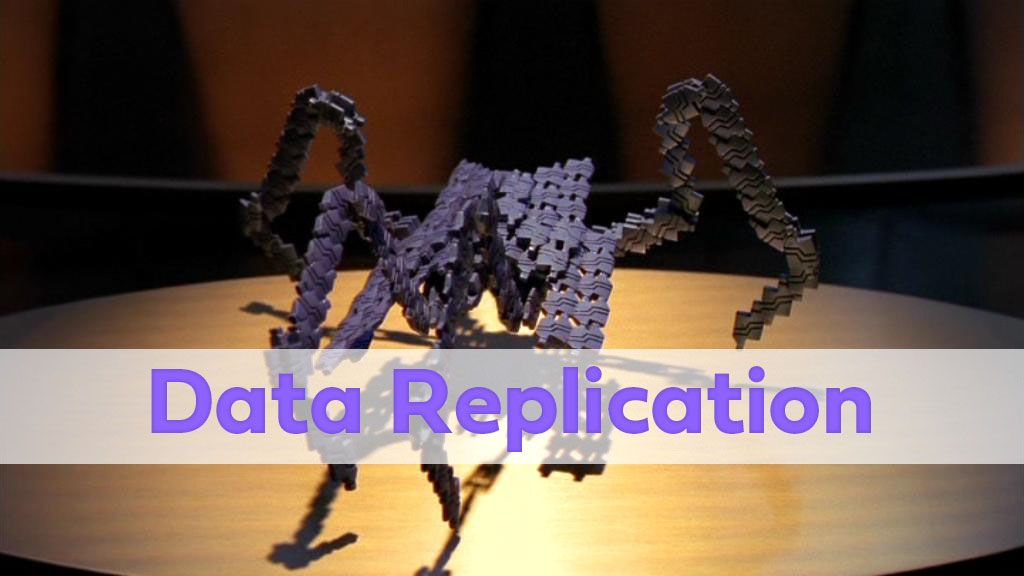 In this article, we will see how developers can break down information silos for their teams and business by replicating data across multiple systems. First, we will review why developers will replicate data and considerations for the cloud. Second, we will prepare for war with the replicators. Then we will examine the architecture of Postgres and MySQL and how their commit logs enable us to make exact copies of the data. Finally, we will connect Debezium to Postgres for a complete data replication solution.

Why Do We Need Replication?

Information silos are one of the biggest impediments for businesses to unlock value from their data and protect their assets.

Depending on the underlying architecture, enabling democratized access to data can be very challenging. Cloud computing has evolved so much in the past decades that even some massive companies managing their own data centers have moved to the cloud. Cloud-native architectures such as data pipelines, data lakes, data warehouses, and fully managed data systems are common. No company wants to spend money on the maintenance of rudimentary systems but rather on building its core business. Saving a few dollars by hosting their own infrastructure (on-premise) is no longer lucrative. With that said, there are a different set of challenges that come with the cloud, such as

Regardless of the underlying architecture, i.e., whether it is cloud or on-premise, one can choose abstract designs so that they can be easily moved across and even be hybrid.

We are going to focus exclusively on the first part, i.e., the replication in this article. This layer is the key to enabling further layers for business.

How Does Data Replication Work?

Relational database systems maintain something called a commit log (in PostgreSQL, it is called a Write Ahead Log or WAL log). These commit logs are written whenever a database transaction commit happens. Regardless of the database we use, almost all database logs have the following properties, 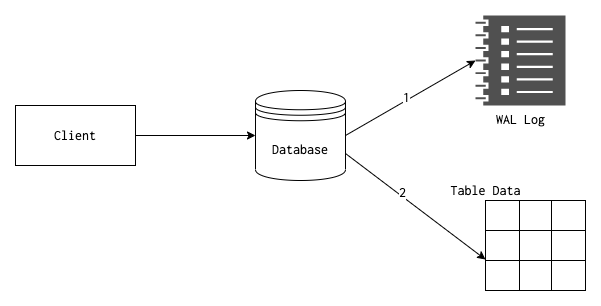 What are Database Consistency Guarantees?

The logging architecture of relational database systems is one of the oldest and one of the most battle-tested engineering ideas that we have today. Many newer systems drew their ideas and inspiration from them. Why such a logging system exists?

These properties help us to establish a solid base upon which further systems are built.

MySQL's architecture is very similar to PostgreSQL, but the WAL log of PostgreSQL combines both InnoDB's transaction log and binary log. Since MySQL implements multiple storage engines, the usage is segregated into different logs. The storage engine part is not within the scope of this article, so I will stick to PostgreSQL examples henceforth.

WAL file is actually a binary file and is located in the pg_wal directory of your PostgreSQL installation. A typical directory structure is shown below.

PostgreSQL provides a facility called to read these files. We can use pg_waldump /path/to/wal/file and it will decode the entire file into human-readable text. An excerpt from the text is provided below.

So far, we have seen things in an abstract fashion. We started from why companies need to unlock the full potential of their database, which leads to data replication and data platforms. To understand how replication works, further sections of this article will focus on a specific database platform, PostgreSQL. Most of the concepts are similar for other database systems as well, so this can be used as a reference to form a mental framework around database replication itself.

We saw how WAL enables the database to maintain data integrity, consistency in case of system shutdowns, and even rolling back from data corruption. Like many other systems out there, PostgreSQL also evolved from the ground up, and as such, we need to understand how replication works within two nodes of the same database and how we can extend that to other data systems. Regardless of whatever replication mechanism we discuss below, it relies upon the WAL for replication.

Physical replication has been existing in PostgreSQL for quite a while. It is used to replicate the whole of the database by physical copy or byte-to-byte copy. Any change made to the main database is also reflected in the replica database without any changes. The replica can choose to be a hot standby node (i.e., the main database fails, and the replica takes over as the main/master).

There are several ways of physical replication, such as log shipping, streaming replication, etc., but they can largely be classified into two categories.

There are several restrictions for this type of replication, such as the listening database should also be in the same major version; partial content cannot be replicated; and so on. For these reasons, physical replication is typically used to sync data between two PostgreSQL database systems, mainly for high availability reasons.

Before version 10 (shown below), other options allowed developers/engineers to replicate without logical replication to other downstream systems. As the name suggests, logical decoding decodes the WAL content into a human-readable format and replicates it to different consumers. There are both advantages and disadvantages to this approach. Still, since this step requires plugins/installations in the host database system, it is often difficult to maintain, particularly in cloud environments.

It is clear that logical replication was targeted more towards replicating to other data systems such as a messaging system, data lakes, and data warehouses. It is much easier to also listen from multiple databases as well. We will choose an open-source tool called Debezium to build our replication pipeline.

An Open Source Data Replication Architecture Based on Debezium.

In this section, we will see a demo on how to use Debezium for the Change Data Capture (CDC) happening in our PostgreSQL source database. We will use Docker to quickly set up the database and Debezium connector to listen to the changes.

We wrote a full detailed tutorial on setting up Debezium and Postgres using Docker. The most important parts are described below but please see the link above for all the details!

Set Up A Debezium Connector for PostgreSQL

Before we activate Debezium, we need to prepare Postgres by making some configuration changes. Debezium utilizes the WAL that we described above. Postgres uses this log to ensure data integrity and manage row versions and transactions. Postgres' WAL has several modes you can configure it to, and for Debezium to work, the WAL level must be set to replica. Let's change that now.

You may need to restart the Postgres container for this change to take effect.

There is one Postgres plugin not included with the image we used that we will need: wal2json. Debezium can work with either wal2json or protobuf. For this tutorial, we will use wal2json. As its name implies, it converts Postgres' write-ahead logs to JSON format.

With our Docker app running, let's manually install wal2json using aptitude. To get to the shell of the Postgres container, first find the container ID and then run the following command to open bash:

Now that we're inside the container, let's install wal2json:

We can communicate with Debezium by making HTTP requests to it. We need to make a POST request whose data is a configuration in JSON format. This JSON defines the parameters of the connector we're attempting to create. We'll put the configuration JSON into a file and then use curl to send it to Debezium.

You have several configuration options at this point. This is where you can use a whitelist or blacklist if you only want Debezium to stream certain tables (or avoid certain tables).

Now we can send this configuration to Debezium.

The response will be a JSON representation of the newly initiated connector.

The installation, setup, and demo part has already been written in a separate article by the Arctype team.

Data Quality, Consistency and Other Challenges

It is important to understand that once we are using Debezium and listening through the logs, we have left the realm of relational databases with ACID guarantees and into the world of distributed systems. With our choice as Kafka for the messaging system, the semantics it follows decides how we replicate/distribute data to further downstream systems.

The third message delivery mechanism is incredibly hard to solve in a distributed system. Kafka is one among the systems that has solved this at scale, but each has its own drawbacks regarding throughput, scale, and accuracy. One must make an informed choice to balance out what is necessary.

As a business expands, the need to ethically leverage data is not a luxury anymore but a necessity. Data platforms are becoming increasingly common even across mid-sized businesses. They enable,

There has never been a better time to unlock the value of data.

Published at DZone with permission of Zach Naimon. See the original article here.