Editor's Note: The Data Science Game is a French association that allows for students to grow their skills in data science by constructing solutions to scientific problems. Some Universities that participate include Princeton, Stanford, and City University of London.

In 2015's challenge, students were given sentences pulled from various literary classics and were required to train a model to predict the author of a given sentence. This portion of the Game decides which teams will compete in an international student hackathon in Paris during September.

For the second year, the Data Science Game will see Data Science students from around the world compete in this prestigious competition. This year, 143 teams, representing more than 50 universities from 28 different countries will face a real-life demanding and innovative business challenge. Online selection started a few days ago, here is the leaderboard: 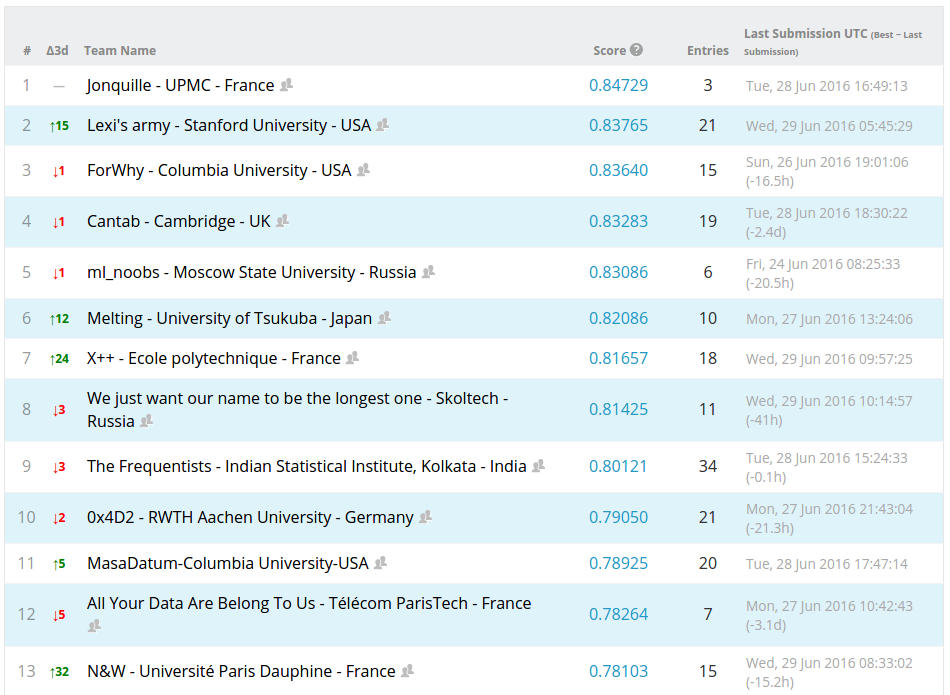