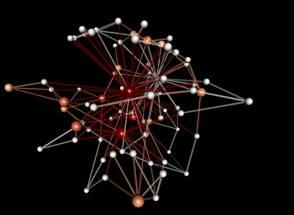 I  keep calling this a toy database, and it is true for more reasons than the code existing mostly as unconnected snippets. When defining the storage layer, I breezed through quite a lot of stuff because it didn’t really matter for the point I was trying to make.

We’ll start with talking about node IDs. When we save a node to the database, we get an int64 ID back. What is that? We know that it gives us an O(1) access time to the node (or the edge data), but that’s about it. Typically, we don’t expose the internal table ID in this manner. Because the ID we get back from the Insert corresponds to the location on the disk where that data exists. So the node ID is something that is arbitrary and doesn’t correlate to anything. It isn’t a sequential number, or something that the user defines, or anything like that.

That can lead to issues. In particular, if you want to look up a node by some property, you need to have a way to do so that will retrieve its ID, and only then you can do graph operations from there. The common solution is to use a Lucene index for searching by the properties and finding the root node(s) and proceed from there.

But what about deletes? Deleting a node is possible, and when you do that, the space that was reserved for that node will be freed, and can be reused, so you’ll have a different node with the same ID. This leads to some awkwardness (you can see that with the Lucene document IDs, which have the same problem, although for very different reasons).

Updates also pose a problem, because if you need to extend the size of the node, it might be relocated, which changes the ID. Deleting is a challenge because you need to remove the deleted node ID from all the edges that reference it, instead of cleaning it up on the fly.

This leads us to either abstract the physical ID with a virtual one (and pay the O(logN) cost for resolving it) or find a way to deal with the above inside your API.