Thanks for tuning in to another episode of DZone's CodeTalk Podcast where hosts Travis Van and Travis Carlson have early conversations with the creators of new developer technologies. 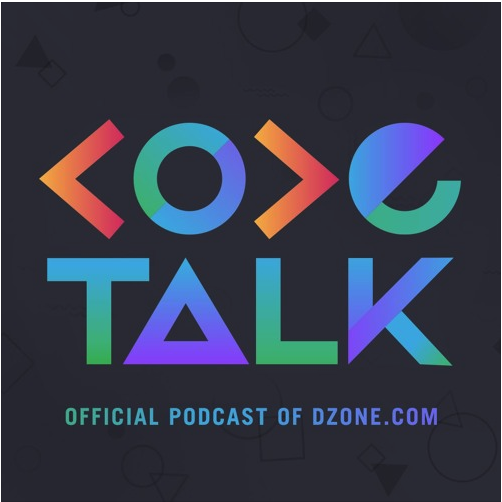 After a short summer sabbatical, we're slowly getting back into the groove of releasing new material for the show. Soon enough, we'll be ready to unveil the new facelift for our CodeTalk podcast landing page, cataloging the different discussions we've had with industry experts on topics like Eclipse ushering in Jakarta EE and our soon-to-be-released series on Blockchain. Although the landing page isn't quite ready yet, our showrunners have been busy recording new material and we couldn't wait any longer to share it with you guys. And, we'll get that material in just a second!

As always, check back on Wednesdays for a fresh episode—though we may have a few hiccups here in our schedule as we get back on track! And, if you're interested in being involved as a guest or have feedback for our hosts, scroll down to the bottom for contact information.

DataOps 101: Key Concepts on the Self-Service Data Movement for Developers

A new movement around DataOps is emerging. It’s all about developer access to data, and reducing so-called “data friction” from application development up through testing. Just like DevOps broke down barriers between developers, operators, and infrastructure -- the DataOps movement’s focus is rethinking data access in the context of speeding up innovation cycles. In this episode of CodeTalk, we talk with Delphix SVP of Product Management Patrick Lightbody to learn more.

We're still in the early stages here with the relaunch... and to those following along, what I'm about to say will sound familiar. Anyway, we hope to soon give our CodeTalk landing page a facelift and are going to house all future and past episodes in this one place.

For now, stay tuned to DZone for weekly episodes released each Wednesday (well, most Wednesdays!) And, if you'd like to contact the showrunners to get involved as an interviewee or just simply share your feedback, feel free to message Travis and Travis here: codetalkpodcast@gmail.com.