First up, Andy LoPresto spoke about everything Apache NiFi; his slides are here. We did an awesome meetup with lots of beer, pretzels and NiFi. I ran a live demo of a Raspberry Pi analyzing pretzels. Did I mention pretzels? Germany has a lot of pretzels.

My talk with MiniFi and Raspberry Pis is here.

Then Andy taught an awesome Crashcourse on Apache NiFi. The videos from both Berlin and San Jose are now available on YouTube.

I did a talk on Apache NiFi + IoT + Apache MXNet and it's pretty interesting use case for open source IoT with AI. 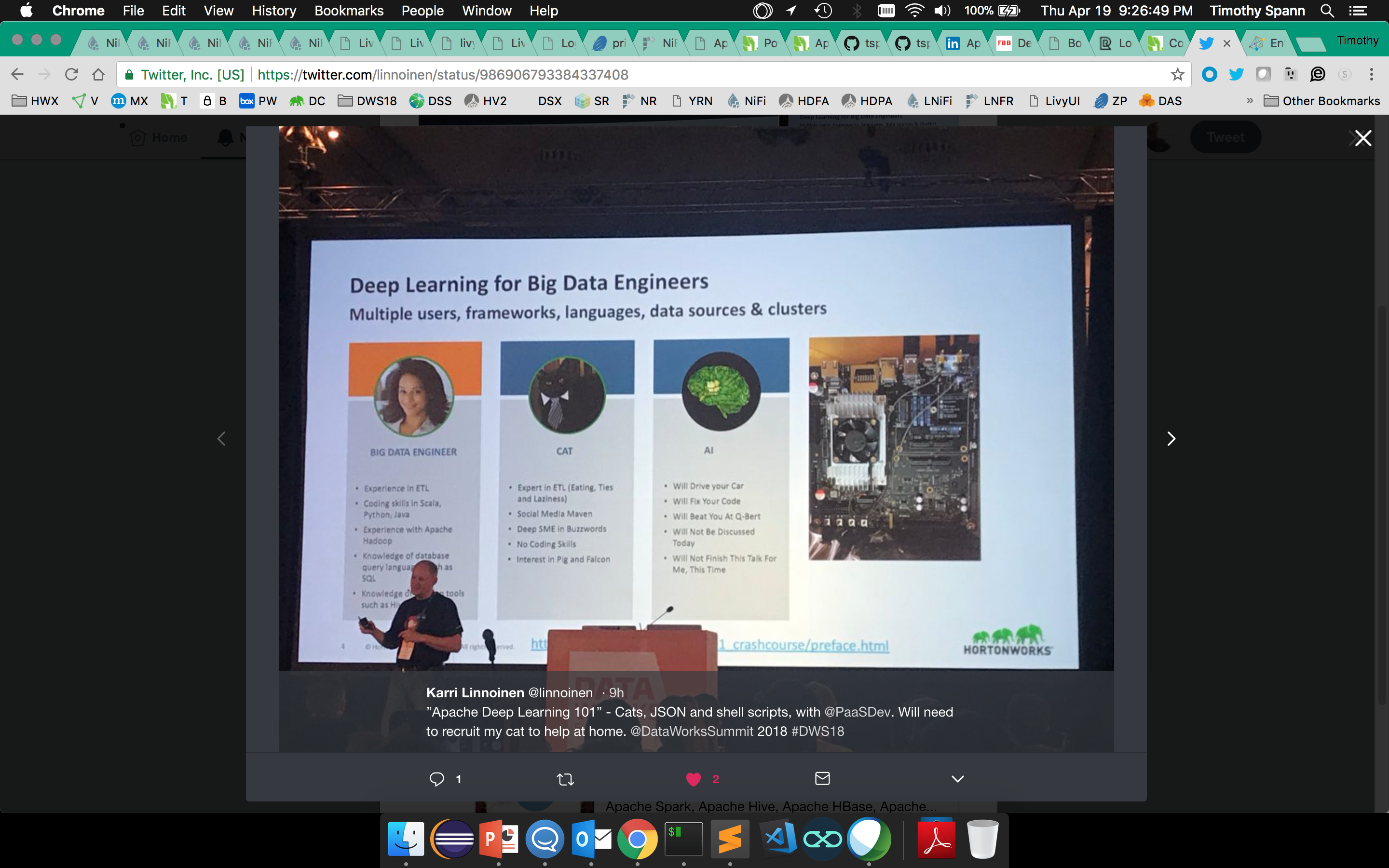 Best Practices with Apache NiFi at Renault! I am really impressed with what they have done with their manufacturing process throughout Europe with industrial scale Apache NiFi.

Andy did a killer Birds of Feather with Apache NiFi and some Apache Beam. If you have never done a BOF, I highly recommend it. It's nonformal and everyone gets a chance to participate with committers and users. 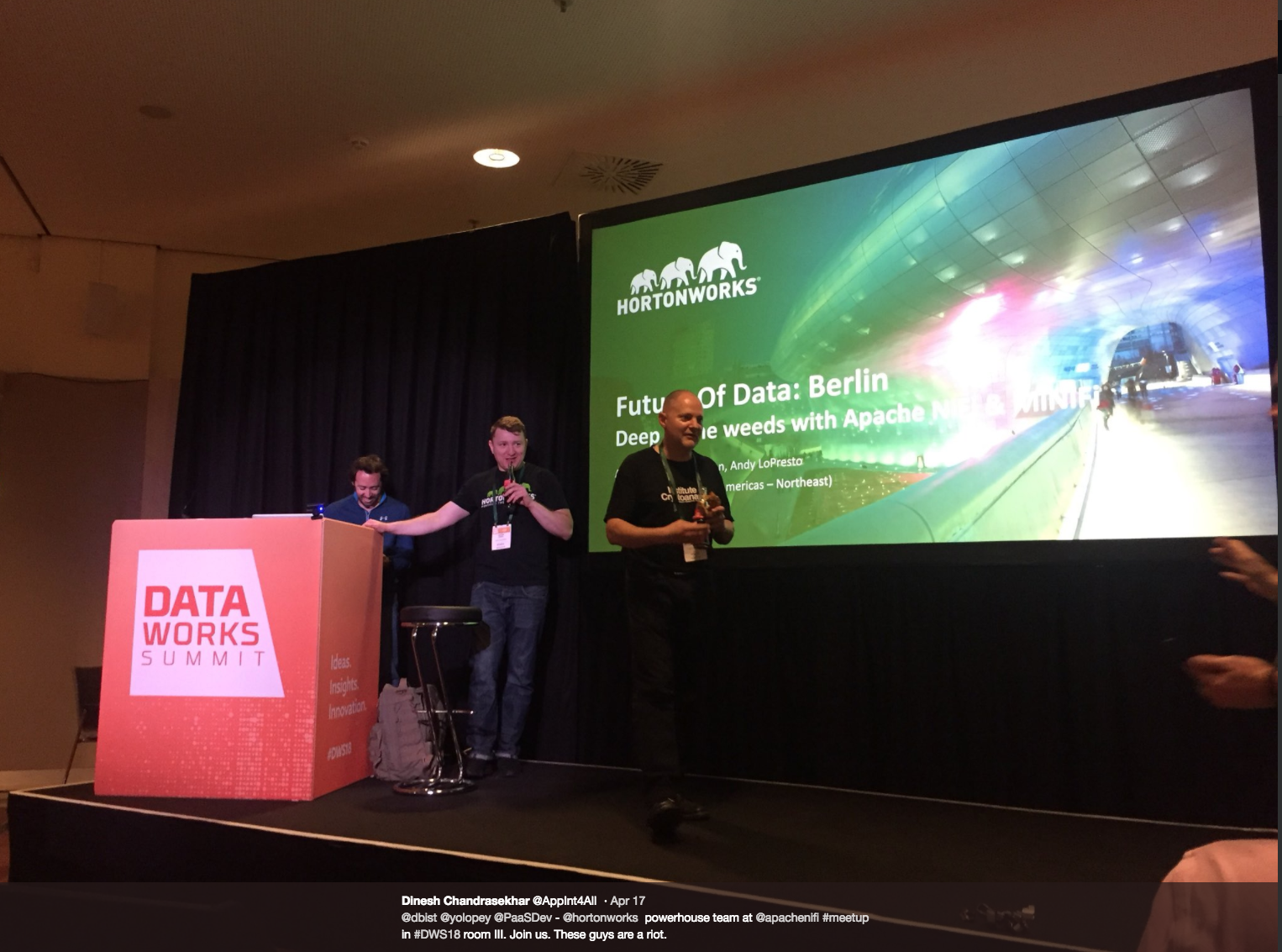 The next day, Andy gave a great MiniFi talk, which really set the focus for the day.

I gave a talk on Apache NiFi + Apache MXNet which focuses on how to run deep learning at the edge, on HDP nodes, on HDF nodes, with MXNet Model Server and through YARN.

There was also a great Apache Metron talk. Apache Metron does some awesome cybersecurity work so it uses Apache NiFi for some of the ingest.

Andy gave a BotNet + Apache NiFi talk, which should be of interest to any cybersecurity analyst or researcher.