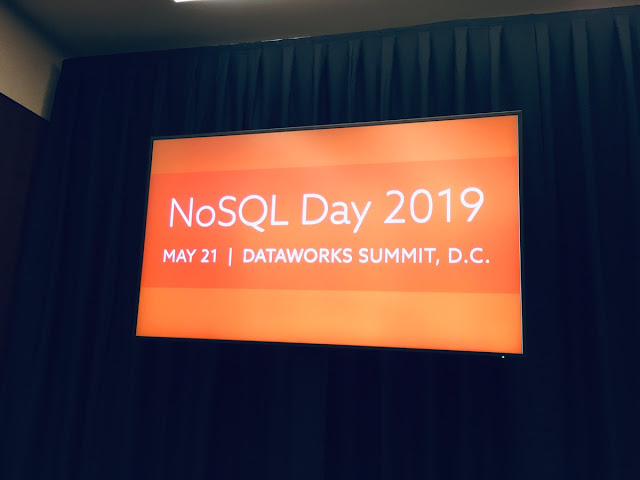 While some lucky people were in DataWorkSummit Training, others of us were at NoSQL Day. NoSQL Day was a one day conference on HBase, Phoenix, and Accumolo. It was a great little conference and I spoke about using Apache NiFi with Apache HBase and Apache Phoenix. 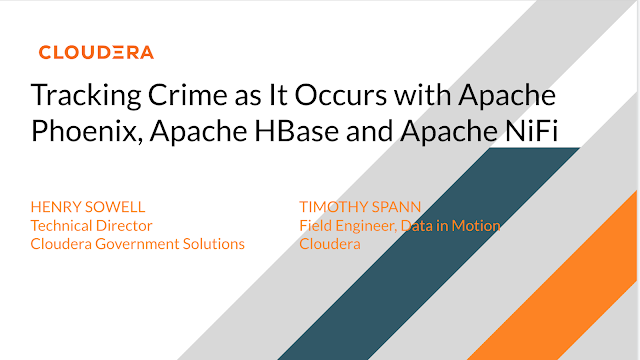 After NoSQL Day's end party, it was time for meetups includings Apache NiFi and Apache Kafka sessions!  The Apache NiFi meetup was packed and had most of the Apache NiFi team on-site.

Here're some pictures from the event! Keep scrolling to ready my summary of these great conferences. 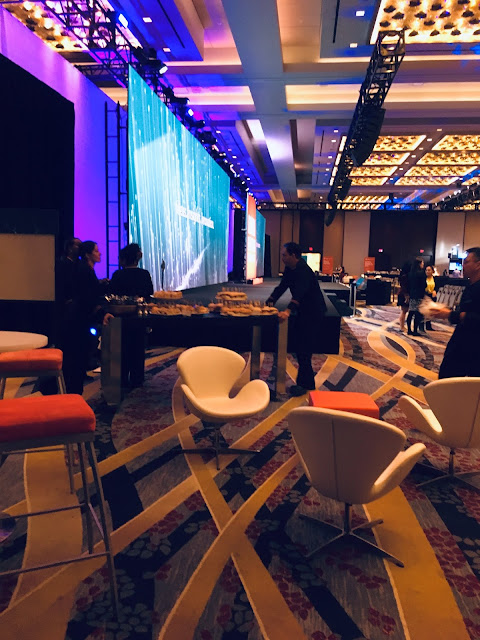 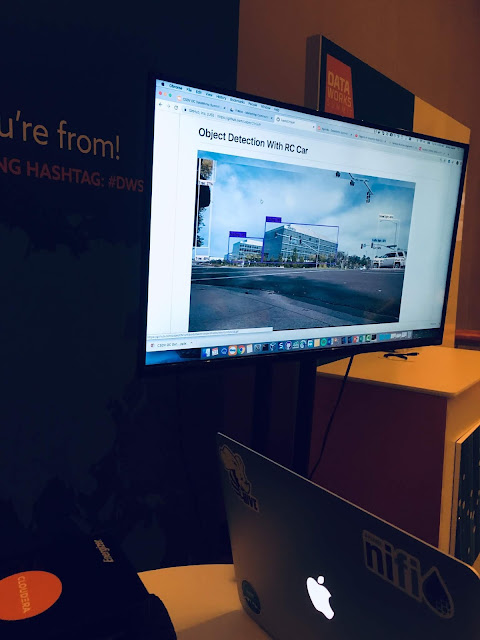 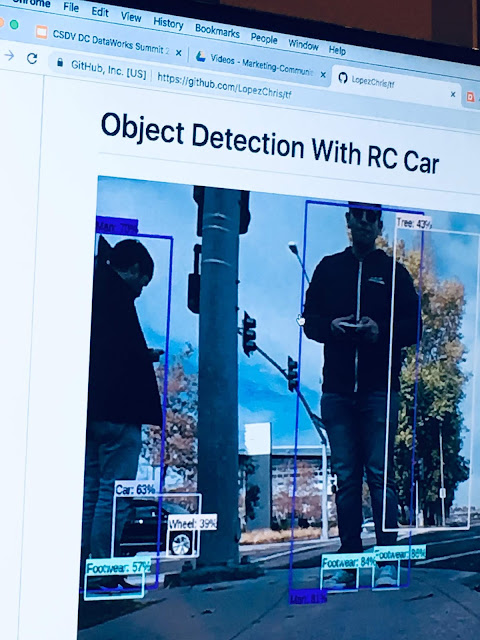 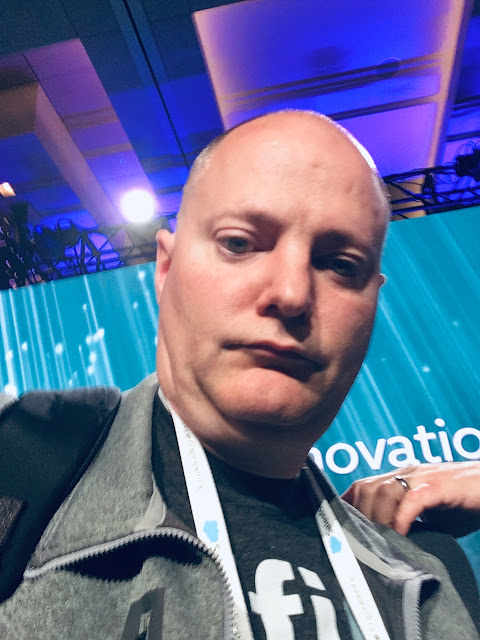 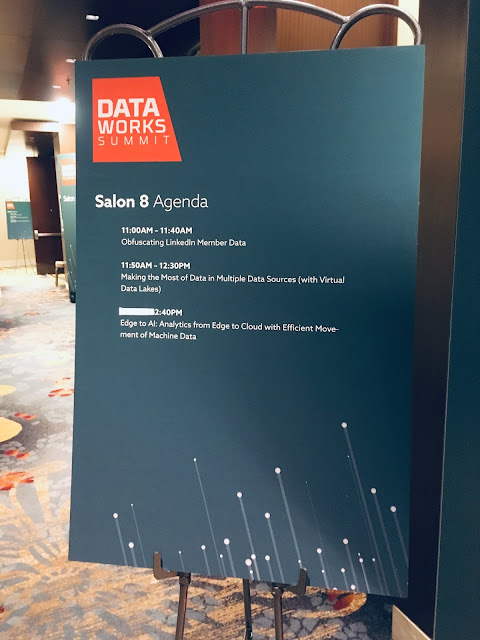 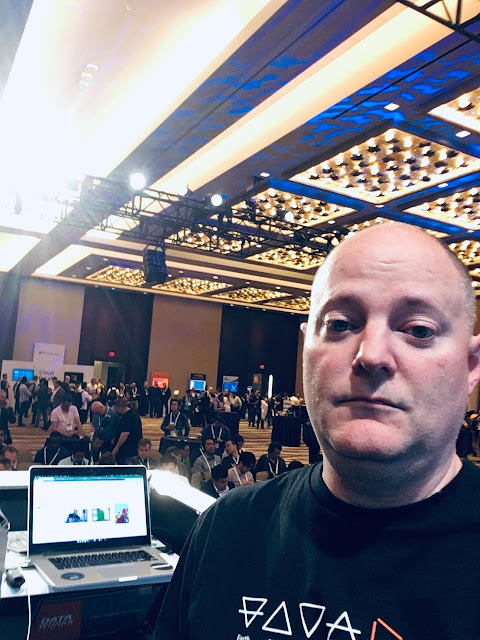 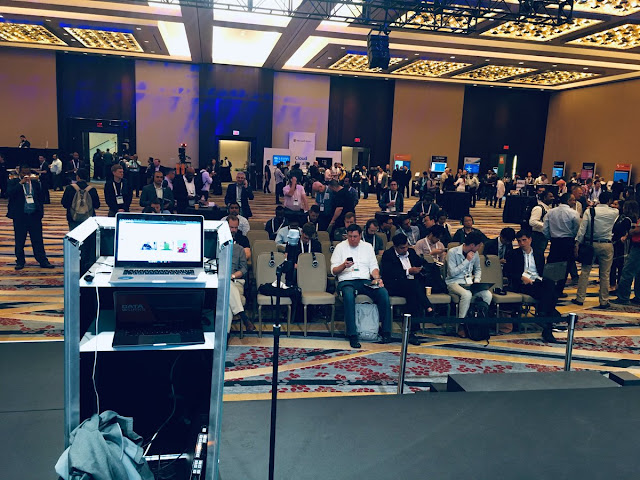 There were great talks at NoSQL day on the future of Phoenix, HBase, and Accumulo. Accumulo's cell level security has some really great uses. A talk on the future of consensus with Apache Ratis was really cool.   I am hoping to post links to all this material soon.

As mentioned, this day ended with awesome pretzels and meetups.  All the meetups were together in connected rooms, so easy to Meetup crawl.

This started the main part of DWS19 with some excellent keynotes and booths opening. I worked the Cloudera and FFL booths. I got to do a quick talk in the large open room as part of a "Silent Disco" with all attendees wearing headphones. I had a full house to hear my quick talk on Apache Deep Learning 202 with Apache NiFi, MiNiFi, and Apache MXNet. My talk was in the Expo Theatre at 1:35 pm for 20 minutes.

There was a lot of great talks and the official party. I worked the booth there and it was a great event. 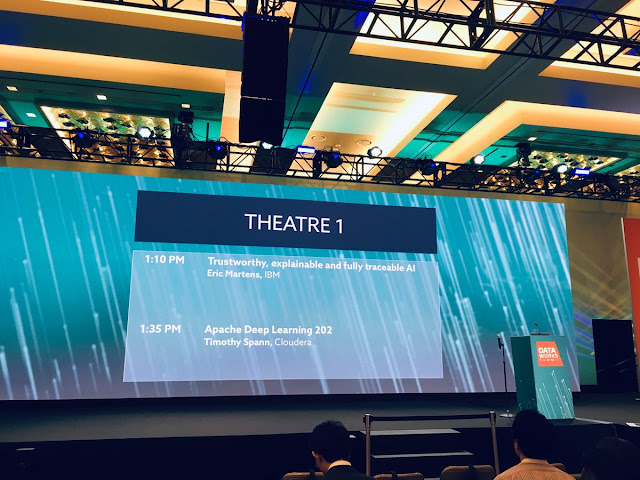 Again, great keynotes which I'll link too soon. After which the booths opened and I had an early talk with my friend Mehul Shah on Cold Supply Chain Logistics using Sensors, Apache NiFi and the Hyperledger Fabric Blockchain Platform (also see: https://dataworkssummit.com/washington-dc-2019/session/cold-supply-chain-logistics/). It is cool to see how easy it is to integrate Hyperledge (Blockchain), MiNiFi, NiFi, IoT, and real-world use cases.

In the booths there was our self-driving car that the team in Silicon Valley has been tweaking and enhancing with LIDAR, a camera array, Apache NiFi, MiNiFi, NVidia GPUs, and deep learning. Really interesting stuff!

Again I did another lightning talk at 1:35 pm in the Expo Theatre for 20 minutes - Introduction to Apache NiFi. As always I got to do a live Apache NiFi demo to a full crowd. 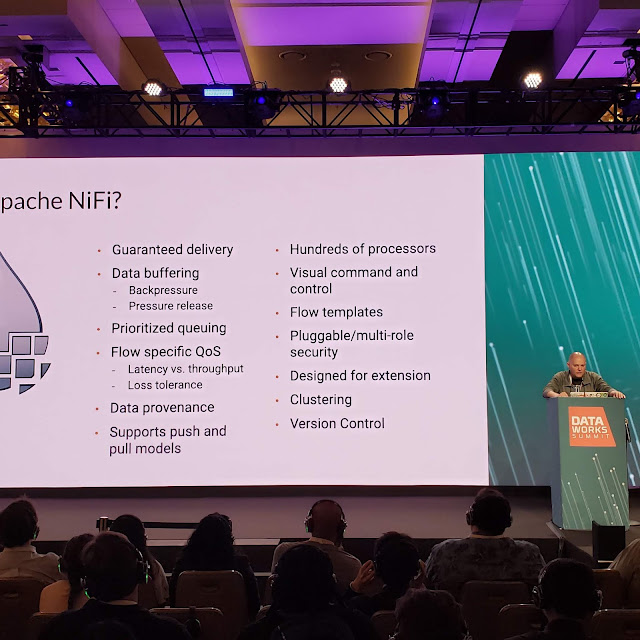 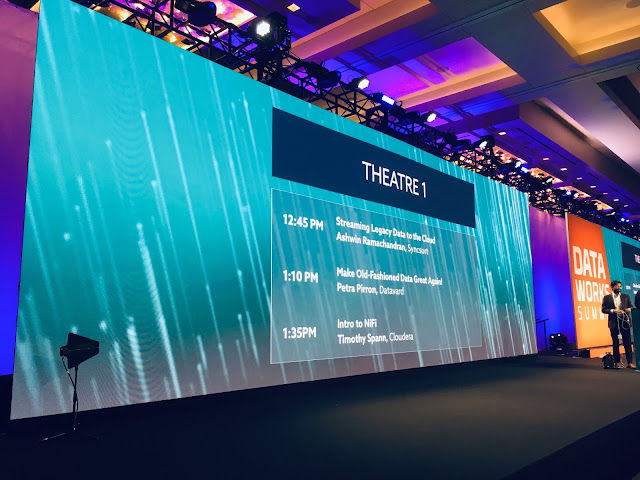 Edge to AI:  Analytics from Edge to Cloud with Efficient Movement of Machine Data

At the end of the event I got to do a talk with my good friend and Data Scientist, John Kuchmek on NiFi + MiNiFi + Machine Learning. We got to do some live demos in Apache NiFi, Cloudera Data Science Workbench and more. We got to cover a lot of material and went late as there was no other session after us.

The booths were busy and the official party was great with lots of attendees and snacks.

To start it off there were more meetups then you can imagine at once (with tons of pretzels and drinks), so I ran between the Kafka and NiFi meetups. A huge chunk of Apache NiFi committers were in attendance and the world's only supply of Apache NiFi shirts, so if you missed it plan on coming next time!

Slides and recordings will be available in a few weeks and I will update this article with those.