DDoS attacks prohibit genuine end users from accessing a targeted system, such as a website or application. Typically, attackers send a huge number of packets or requests to the target system, which overwhelms it.

DDoS attacks can generally be classified according to the layer of the Open Systems Interconnection (OSI) model they target. The most frequent layers are network (layer 3), transport (layer 4), presentation (layer 6), and application (layer 7).

A DDoS attack is similar to an unanticipated traffic jam blocking the road, preventing normal traffic from reaching its destination.

It's important to consider these attacks as infrastructure layer and application layer attacks when considering countermeasures.

Infrastructure layer attacks are often classified as attacks on layers 3 and 4. These are the most frequent forms of DDoS attack, with vectors such as synchronized (SYN) floods and various reflection attacks such as User Datagram Packet (UDP) floods. These attacks are often high-volume and try to overwhelm the network or application servers' capability. However, these are the types of attacks that have distinct signatures and are thus easier to detect.

Application layer attacks are commonly classified as attacks on layers 6 and 7. These kinds of attacks are rare, but they are also more complex. These attacks are typically smaller in scale than infrastructure layer attacks, but they tend to target specific expensive areas of the program, rendering it unavailable to real users. A flood of HTTP requests to a login page, an extensive search API, or even WordPress XML-RPC floods (also known as WordPress pingback attacks) are common examples.

In comparison to the same period last year, there were a record number of attacks between January and June. The study also identified a 19% increase in DDoS attacks between Q1 2021 and Q2 2021, with some attacks having attack volumes of over 100 Gbps, demonstrating that hackers are continuously attacking business vulnerabilities throughout the epidemic. 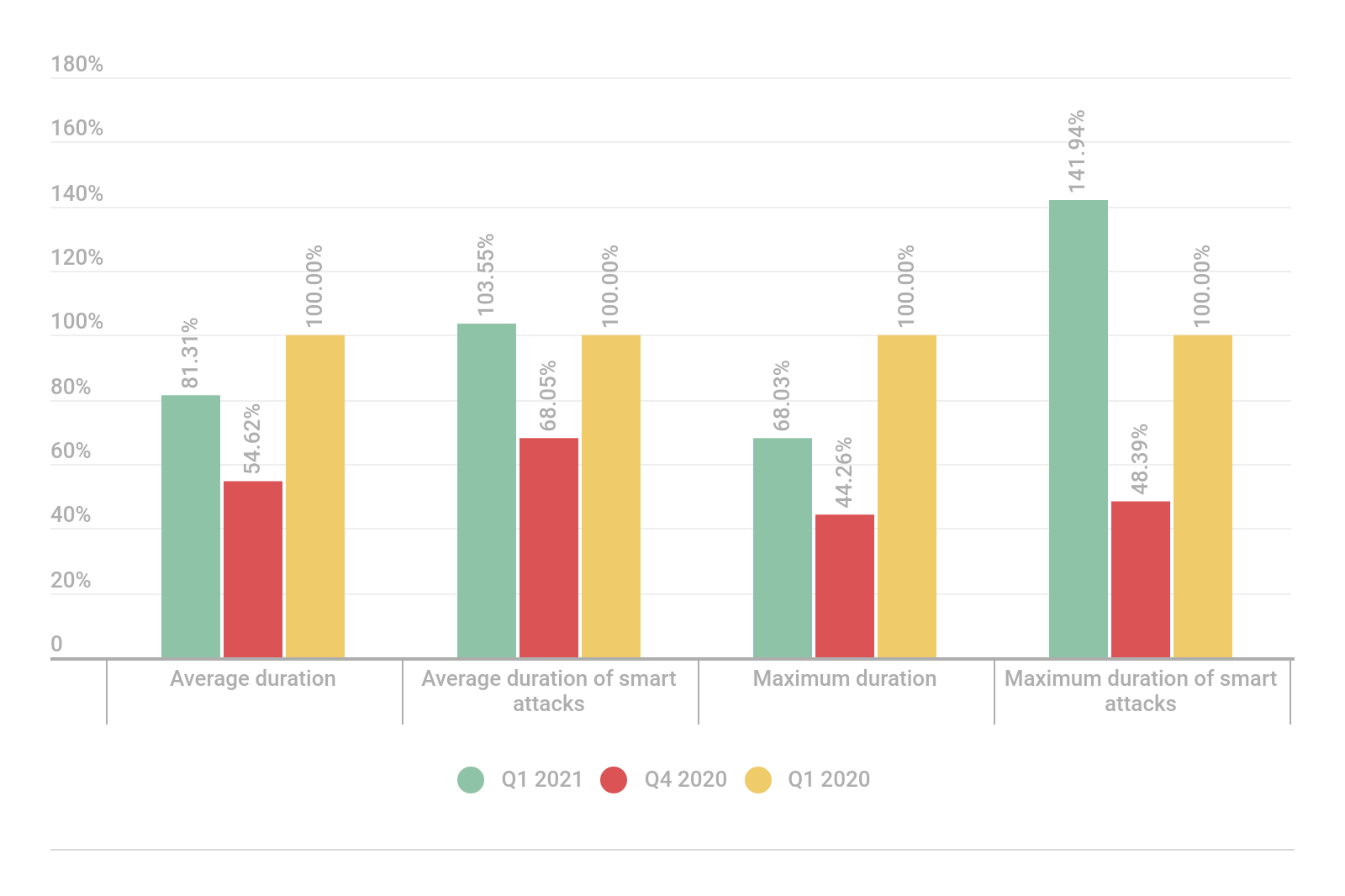 During the global pandemic, criminals targeted organizations and institutions that were in high demand, such as vaccination websites, e-learning platforms or portals, and commercial IT infrastructure.

Extortion emails have reached alarming levels. Malicious emails have been sent to employees from a variety of senders, including Fancy Bear, Lazarus Group, and, most recently, Fancy Lazarus. The frequency of these campaigns has grown, as have the ransom demands, and they may last well into Q3 2021.

As terrifying as DDoS attacks can be, the good news is that they're rather easy to eliminate. The five techniques to protect your site from a DDoS attack will be discussed in this section.

Investing in high-quality network infrastructure can help you detect and even block unexpected increases in website traffic. Your network hardware includes your router, the cables you use to link your devices, network switches, and interface cards, as well as any other components that help transmit data over a network. 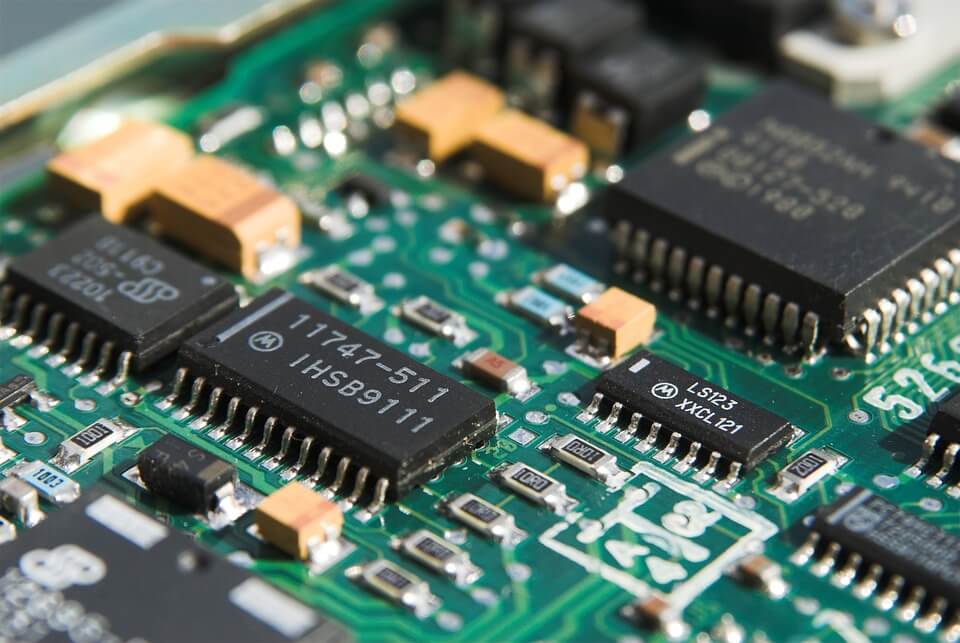 It is difficult for small enterprises or startups to invest large sums of money initially. Experts advise that you use a good managed hosting service.

Get a DDoS Mitigation Service Provider

Hiring a DDoS mitigation service is another way to prevent attacks. To avoid attacks, they send all incoming traffic via a filter, ensuring that only legitimate traffic reaches your website or application.

If you're vulnerable to a massive, complex DDoS attack, it's a good idea to use a DDoS mitigation service. If you use a managed hosting service for your website, you may need to add an extra hand, though your provider should provide one because this kind of mitigation service is specialized in this type of situation.

The ideal strategy to avoid a DDoS attack is to fix all of your website's issues. A site with a powerful network and hosting service is much less likely to be the target of a successful cyberattack.

If you have a WordPress website, make sure to update the version you're using on a regular basis so that the software has the most up-to-date protections against DDoS attacks.

While many plugins are designed to secure your website, they are themselves vulnerable to attack. It is essential to use high-quality preventative tools.

Using CDN or a Strong Firewall Can Be Another Best Solution

Protecting larger enterprise-level apps using web application firewalls is a smart way to go. By monitoring and blocking anomalous increases in traffic, a firewall can identify and prevent DDoS attacks.

A content distribution network, or CDN, can distribute website traffic over multiple servers across the world, balancing traffic. If you host your website on a server in New York and another in Tokyo, for example, you've increased the reach of your website on the internet, making it more difficult for attackers to mount a DDoS attack against you.

If your website doesn't have the capacity to manage the volume of traffic supplied by the attacker, it will crash or fall offline as a result of the DDoS attack.

Purchasing additional bandwidth and increasing the server capacity of your website are two fantastic strategies to mitigate the effects of a DDoS attack. Your website will continue to function normally if it can accommodate one million users at once and a DDoS assault only sends 500,000 false visitors.

Defend Yourself Against DDoS Attacks

Protecting your website from a DDoS assault is obvious, and it may save you a lot of time, money, and resources. Backing up your website on a regular basis helps ensure that you can recover it if you are the victim of an attack.

While the techniques we've covered can help safeguard your website, you should still keep an eye on it on a frequent basis.