The latest innovation of the 21st century – the Internet of Things (IoT) – hold a lot of promise for individuals families and society alike, for it promises to usher in a world of marvelous smart gadgets and smart-homes. This was amply highlighted at the recently concluded CES 2016, which was all about making the world a smarter place and connecting devices so that they could talk to each other. However, there were a few concerns raised, which centered around hacking and other unethical methods. 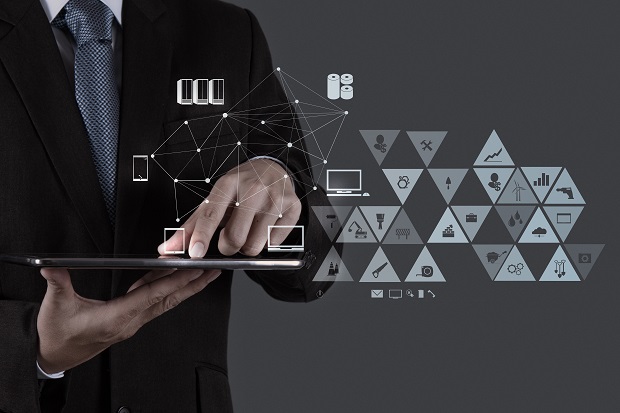 However, before we touch upon the subject, let us understand the term Internet of Things (IoT) for the benefit of the reader. According to Wikipedia, the Internet of Things is “the network of physical objects, devices, vehicles, buildings and other items which are embedded with electronics, software, sensors, and network connectivity, which enables these objects to collect and exchange data.”

This means that like humans, electronic gadgets could also be connected  and talk to each other, albeit electronically. Thus, your refrigerator or other electronic appliance could be connected to the internet and transform itself into a smart device along with your home which could be the smart home of the century. The CES technology event was held precisely to hone this point. The annual event showcased several electronic marvels, such as Internet savvy cars as well as smart refrigerators. However, the only hitch that could work against IoT for good is a whole bunch of nagging security fears.

The main fear that is unraveling all is that of hacking. Today, in an era where devices are going digital and are encroaching upon various aspects of the lives of their users, the IoT is growing at a ridiculously fast pace. The IPv6 protocol is already here and Wi-Fi networks have already been deployed to a great extent. According to reliable research, the number of active wireless connected devices is expected to exceed 40 billion.

Hence, though we will be able to do a lot of things in a much smarter way, there is a downside to the problem – security. Thus, security issues, which were relegated to the background earlier, are coming forward with a nagging concern.

What Can Possibly Happen

We are already aware of the fact that more connected devices open up the room for more hackers for the purpose of targeting innocuous users. In recent developments, researchers proved that Internet-connected cars could be compromised. Attackers with malicious intent could carry out any number of targeted attacks which could range from taking from taking control of various components such as the entertainment system to shutting down the car while it is in motion.

It has also been revealed that wearables can also be a threat to the wearer's privacy. In this case, it is possible for the hackers to use the motion sensors that are embedded in smart watches so that they can easily steal information while the individual is typing. Alternatively, they can gather health data from various devices such as health trackers and smart watch apps which you might be using.

However, the silver lining is that IoT security has become an issue of high concern, now having been escalated at the federal government level. Various efforts are being taken to tackle major security disasters before they can happen.

Today, the IoT industry has woken up to the concern that people are having about this new technology. Especially after incidents such as the Jeep Cherokee hack, the entire IoT industry is coming together to engage this problem. Nevertheless, a lot more needs to be done while handling this issue. Technologies such as Secure Element (SE) Technology from Gemalto and Microsoft's Bitlocker encryption along with its Secure Boot Technology are promising to change the game when added to Windows 10 IoT, which is the software giant's operating system for IoT devices and platforms.

A conglomeration of leading tech firms called the Internet of Things Foundation (IoT Security Foundation) has also been formed, which also includes Vodafone. Yet, as this promising new technology throws up more challenges, only time will tell what is being done to thwart hackers and corporate thieves from exploiting it.