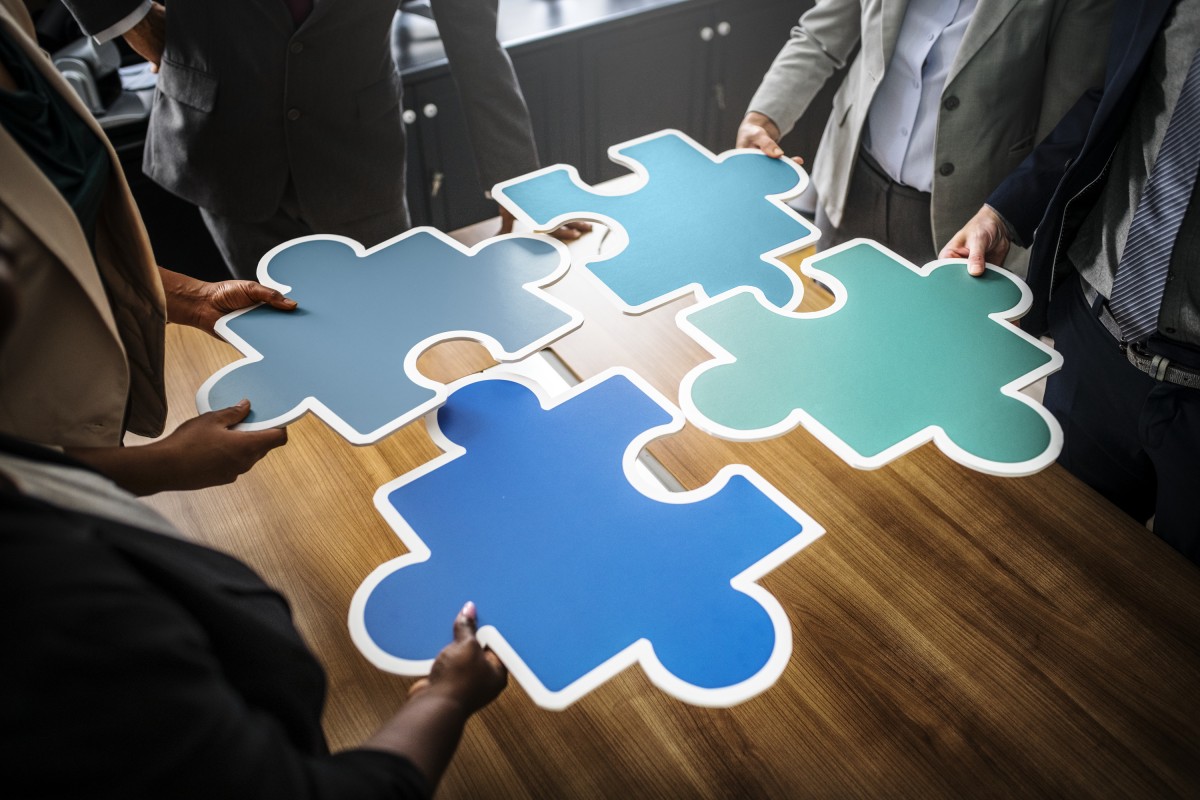 As a release candidate progresses through the pipeline, your confidence in it increases. But, on the other hand, you get feedback later. Here is a simple example:

As you can see, testing is a big part of any deployment pipeline. So how should you define a test strategy in a Continuous Delivery context?

Let's first see an example of how not to do it.

Don't Try This at Home

They're an Agile team working on the next big eCommerce product. They're in the process of adopting Continuous Delivery practices on their project.

Let's give some context:

As you can see, the Pharaohs are not in a good place:

As you can see, this team suffers from the 7 deadly sins of test automation. They don't reap the benefits of Continuous Delivery. Most of the valuable feedback comes late in the process, from UAT and Production. So what can the Pharaohs do?

They ask for advice and someone tells them they're doing it all wrong. They are not following the test pyramid:

The Test Pyramid is a model that tells you how many tests to write at each layer. Since unit tests are the fastest, you should have a lot of them. At the next layer you should have a smaller number of Integration/Service tests that check how different components interact. UI tests sit at the top of the pyramid. These tests are flaky and take a long time to run, so you should have fewer test cases implemented at this level.

So the Pharaohs now see that they have too many UI tests. The devs and testers start to collaborate and move most of the UI tests at the Integration layer (and maybe some at unit level). This helps them get rid of the long and flaky UI test suite and it removes most of the duplicated test cases. Unfortunately, they still have useless unit tests, untested god class and bugs are still found in UAT and production.

So the pyramid didn't fix all the problems. Why?

The problem is that the test pyramid doesn't care about the context. John Ferguson Smart reminds us that the Test Pyramid is a model. And, as George Box reminds us:

The test pyramid is wrong, but it is useful in some contexts.

The concept first appeared in 2003. At that time most systems used a monolithic architecture. For this type of architecture, the Test Pyramid might be the correct starting point. But computing resources have become faster and more accessible and the tools have gotten better. So is the Test Pyramid the right approach in all cases? Of course not.

As Todd Gardner says, if you're working on a CRUD application that relies on a framework to load and store data in the database, the Testing Pyramid won't help you. You don't have complex logic to unit test. But you do integrate with a database and you might want to check that your SQL queries are correct. So, in this case, maybe the Inverted Test Pyramid is the right approach.

What if you use a service-based architecture? You have five big services. In this case, some of the complexity has moved from inside the services to the interaction between them.

This means that some of the risk has moved from inside the units to the interaction between them. In this case, maybe it makes sense to have the same number of unit and service tests. You're building a test house:

In a Serverless architecture you might have tens or hundreds of functions. Each function is quite simple, but the complexity has moved at the integration level. Is the function trigger configured correctly? Does it have permission to read from the Database? For these reasons, people are recommending the Test Honeycomb approach for testing serverless architectures.

It's only normal that you should start with why. "Why do I test?" I think it has a lot to do with managing risk. As James Coplien puts it:

Good testing, again, is based on careful thought and on basic principles of risk management.; (...) without rudimentary skills in this area, then you are likely to do a lot of useless tests.

So the first thing you need to do is to identify the risk profile of the product you are building. Here are some of the risk types that you should consider:

So, as Todd Gardner puts it:

We should think scales instead of pyramids when it comes to software development testing.

By thinking scales, you can make better decisions. For example, the team has decided that the highest risk is that there isn't a product/market fit. So they focus on removing that risk by trying to get the product in the hands of the users as soon as possible. If there's market demand, then the risk moves elsewhere. Let's say that the highest risk is now functional. The team then decides to spend more time unit testing. This is what Liz Keogh and Dan North call Spike & Stabilize.

The best way to make a decision is to base it on facts. This is why it's a good idea to look at the areas of code that generate most bugs when identifying risk. Because, if that code generated bugs in the past, it's likely that it will generate bugs in the future.

The good news is that there are practices and tools that can help you with that by looking at the source code history. It can be quite simple: if you use Smart Commits and add the issue tracker ID in the commit message, then you can use this information to pinpoint bug magnets. If in almost all commits to a file you reference bug IDs, then that file is very likely to generate bugs. Adam Tornhill's books, Your Code as a Crime Scene and Software Design X-Rays describe the techniques, so have a look if you're interested in finding out how you can extract new knowledge and insight from your source code's history.

Another question to ask is: are you trying to prove to someone (e.g. the Product Owner) that the software works as discussed? If so, then this is an Acceptance Test. If you're trying to ensure that this doesn't break in the future, it's a Regression Test.

Now that you've identified the risk that you're trying to mitigate, you can move to What. You can now look at the system and ask, "What should I test?"

Let's take an example of a system — an eCommerce product — that uses SOA as a top-level architecture. So a system is made up of services. Services are made up of components. Components are made up of classes. A class can have many methods. And of course, it connects to databases, queues and third-party web APIs.

The purpose of this step is to pinpoint the risk to the smallest What. Of course you could only test at the system level, but then you'll have very slow feedback.

You've answered Why and What and you've identified a particular scenario that you should test. The next question is, "How should I test it?" After answering this question, you should know what type of tests to implement (e.g. unit tests, integration tests, etc.). Here are some questions that might point you in the right direction:

So, after some careful thought, you can decide how to test: unit, integration, integrated, HTTP API, end-to-end, manual, or test in production.

Another tip is to always look at the bigger picture when you decide on how to test. For example, you could define a test recipe for each story/feature. The idea is pretty simple: before starting to work on a feature, some members of the team (developers, testers, architects) get together and decide at what level should they test the different acceptance criteria. On a previous team we did this during the planning session. It was quite effective in increasing collaboration between devs and testers, building a shared understanding and keeping the test pack lean.

Now we're down to where: "Where should I run my test?" Here are a few tips:

Here is an example of mapping test types to steps in the Deployment Pipeline:

A couple of notes on the setup above:

The key point at this step is to balance feedback and confidence when choosing where to run the test. A tip that can help you in achieving this balance is to define a run time budget per test stage. For example, the Smoke Test pack should run in under five minutes. If it takes more then that, the step fails and the pipeline stops. This way, you avoid slowly but steadily increasing the run time of a test pack to the point that it becomes a bottleneck for the team.

I've been there myself and have seen a ten minutes test pack growing to sixty minutes. It's like in the boiling frog fable — you only notice it when it's already late and much harder to fix the problem. You can avoid this situation by setting a budget. And, if when you've exceeded the budget, you decide to extend it, at least you've weighed the pros and cons and made a conscious decision.

You might be wondering why I skipped the Who question: "Who should define, implement and manage the test code?" The answer is pretty simple: quality is everyone's responsibility. Test code should be treated as a first-class citizen and should be held to the same quality standards as production code.

Defining the test cases requires a different mindset than implementing the code. It's better that the test cases are not defined by the same person that implemented the feature.

Implementing good automated tests requires serious development skills. This is why, if there are people on the team that are just learning to code (for example testers that are new to test automation), it's a good idea to make sure that the team is giving them the right amount of support to skill up. This should be done through pairing, code review, knowledge sharing sessions. Remember that the entire team owns the codebase. Don't fall into the split ownership trap, in which production code is owned by the devs and test code is owned by the testers. This hinders knowledge sharing, introduces test case duplication and can lead to a drop in test code quality.

Developers and testers are not the only ones that care about the quality. Ideally, the Product Owner should define most of the acceptance criteria. She is the one that has the best understanding of the problem domain and its essential complexity. So she should be a major contributor when writing acceptance criteria. The Three Amigos can play an important role in making sure that you see a feature from all perspectives: business, development and testing.

To sum this up: