trailblazing the first delivery of a software system requires courage and conviction, especially on projects that replace existing business critical software. when i’ve been acting as system architect i’ve employed a number of tricks in order to structure functionality and technical solutions in such a way that we can complete these early deliveries without sleepless nights. the most important solution is to find a subset of the functionality that can be used with the rest being completed and investing in bridges from the old to the new.

in this blog post, i will explore the topic of replacing business critical software step by step.

as an architect, i haven’t always had the joy of seeing my projects through all the way to completion. but of those projects, the ones where i can see the software in the hands of my users early on are the ones i enjoy the most.

this article is not about streamlining a working delivery team to get from releases every few months to continuous deliveries. many others talk about that. this is about how to get to production early the first time on a greenfield project. i will illustrate with two of my favorite projects.

getting to the production the first time on a greenfield project takes courage and conviction, especially when you’re replacing part of business operations with a new system. project stakeholders have many reasons to wait and often see no compelling reason to deliver a partial solution early. but when you get to production the first time, it’s like the sun has finally risen . the priorities and discussions in the project totally change. now it’s real!

the first project i want to talk about was one i worked on with the norwegian electricity transmission system operator, statnett. we spent 4 years replacing the system that handles all the reserve capacities of electricity deliveries on the norwegian grid, but less than a year after the contract was signed, the users started using our software to control the power grid. without any sleepless nights. actually, they considered it such a non-event that they forgot to inform the development team about it!

the second project i would like to talk about is an app for internal mobile workers in the private sector. as it is a project which is part of the competitive strategy of my customer, i cannot mention the purpose of the software, but i can describe techniques and technologies. 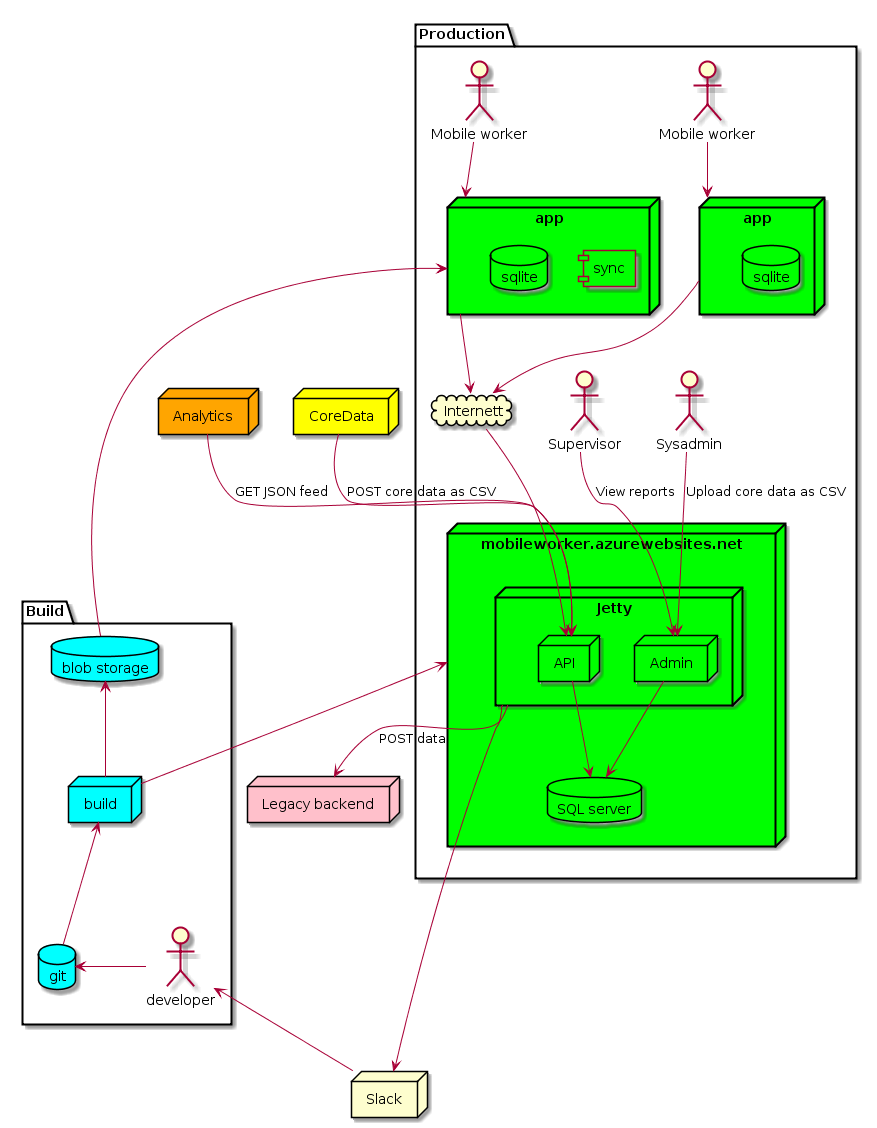 the mobile workforce app is especially interesting. just like with statnett, we were replacing an existing system in business use and integrated it with other business functions. but in this project, we were live with the first users after 3 months, most of the user base after half a year, and the remaining users after around 9 months.

here is what we did:

when you do a major rehaul of a building, you may end up spending a lot of your effort setting up the scaffold to make sure the work is safe and effective. when you build a new software system, you should do the same!

if you do, you may be able to get users on your new system sooner rather than later without losing your sleep.

and when you get actual users to use your system the primary question of the project changes from “when is it all going to be done” to “what can we do next to deliver value?” and that’s much more fun.