Express is a minimal and flexible Node.js web application framework that provides a robust set of features for web and mobile applications.

Below are some design patterns that we might see when working with Express.js...

This is a simple and common design pattern in JavaScript. Factory is a creational design pattern allowing us to abstract away object creation implementation details from the outside world. Express does this by only exporting the factory.

And, using the factory to create an express application is as simple as this:

Middleware is the term popularized by Express.js.

In fact, we can consider this design pattern a variant of Intercepting Filter and Chain of Responsibility

You may want to know more about this pattern—click here.

The Decorator pattern extends (decorates) an object’s behavior dynamically. It's different from classical inheritance because new behavior is added at run time and only add to objects (not classes) that are decorated.

An easy example for this pattern is the req and the resp. In Node, the request and response objects have very limited APIs. Express enhances these objects by decorating them with a lot of new features.

Below is the function that takes request (req) and response (resp) objects and decorate them:

Define a family of algorithms, encapsulate each one, and make them interchangeable. Strategy lets the algorithm vary independently from clients that use it. 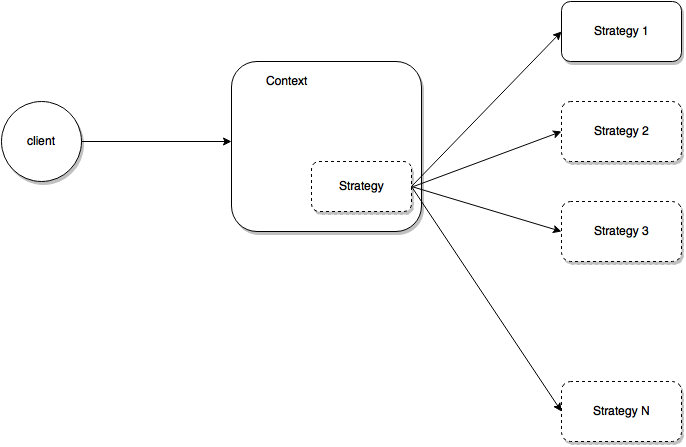 It allows a strategy (algorithm) to be swapped out at runtime by any strategy without the client realizing it.

In Express, the Strategy pattern can be seen in the way Express supports various different template engines such as Pug, Mustache, EJS, swig, etc.. Take a look at here for the full list of supported engines

Another example is the way Express supports "Content Negotiation"

With each supported API, the application object will do some logic checking and validation before forwarding requests to the internal router instance.

Understanding the Middleware Pattern in Express.js

Install and Run a Node.js Application

Published at DZone with permission of Can Ho , DZone MVB. See the original article here.