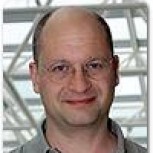 every week here and in our newsletter, we feature a new developer/blogger from the dzone community to catch up and find out what he or she is working on now and what's coming next. this week we're talking to dr. david syer, founder and contributor to spring batch, lead of spring security oauth, and an active contributor to spring integration, spring framework, spring amqp, spring security.

what have you been working on lately?

as usual quite a lot of things. mostly straight spring cloud development, since we are getting into the last phases of 1.0.0 release, but also helping the team that is working on integrating it into pivotal cloud foundry. i also spent a bit of time getting spring oauth to a new point release (2.0.6) partly because i wanted to use some new features in spring cloud. and after christmas i wrote a series of blogs on spring security with a single page application (in angular js) which i am refining and editing as i go about publishing. plus i had a hand in the recent spring boot 1.2.1 release.

you founded spring batch. what are some of the most enjoyable and least enjoyable things about promoting and contributing to spring technologies? where do you see spring going in 2015?

the best thing about being involved in spring cloud is seeing the community develop. since microservices are flavour of the month and we concentrate on helping people solve problems they are encountering with building systems of microservices we are seeing a good level of interest, and some really great ideas coming from the early adopters and contributors. the only downside is that, being such a new field, there are hardly any accepted standards or best practices, so we have to resist the temptation to try and do everything at once. in 2015 i can see we are going to be broadening the coverage of spring cloud to new patterns (global locks, sequencing, scheduling) and probably alternate stacks (e.g. consul, zookeeper). i'm also really interested in the developer workflow for distributed systems (we spend far too much time standing up systems for testing, even when we have nice operations abstractions and tools like a paas).

are there any particular developer tools or resources you couldn't live without?

my colleagues and co-workers. twitter to make sure i don't miss anything. also pws (pivotal web services) for building distributed systems in the cloud without having to do everything on my poor little laptop.

do you have a favorite open source project (or projects) that you've contributed to recently?

aside from spring projects my favourite at the moment is asciidoctor

i like the way @antirez writes, and also @aphyr and of course our own @starbuxman.

did you have a coding first love -- a particular program, gadget, game, or language that set you on the path to life as a developer?

not my first computer, but the first machine i really bonded with was a commodore pet (8k). i can't say what i did with that bears any resemblance to what i do now, at least superfically, but it probably got me a long way towards my first 10000 hours coding. come to think of it, most of that time was probably spent waiting for the cassette deck to rewind or finish playing.

special thanks to david! make sure to follow him on twitter and check out his talk at springone2gx 2014 here .