“You are a developer who would like to make a home automation mobile app. You would like your app’s users to be able to turn on and off their house lights, set temperature, start the coffee machine, lock the doors and monitor their house remotely.” How to make this possible and what are the skills to develop to succeed in the IoT era?

What’s the Fuss About the Internet of Things (IoT)

Marketer Kevin Ashton, the father of the term IoT (Internet of Things), first used it as the title of a presentation for Procter & Gamble way back in 1999. Since then, the terminology has become widely used, although its meaning is rapidly evolving. Today, we can say that IoT is creating a network where gadgets and devices generate Internet traffic without a direct instruction from a human. Meaning that electronics other than laptops and smartphones contain embedded technology to communicate and sense or interact with their internal states or the external environment.

The era of so-called smart machines is the product of many factors that make the Internet access cheap and widespread. These include reduced costs of manufacturing Wi-Fi equipment and of delivering Internet services, as well as advances in electronics that led to miniaturization of Wi-Fi radios. In other words, every piece of technology nowadays that has an on and off switch has a good chance of becoming a part of the IoT. 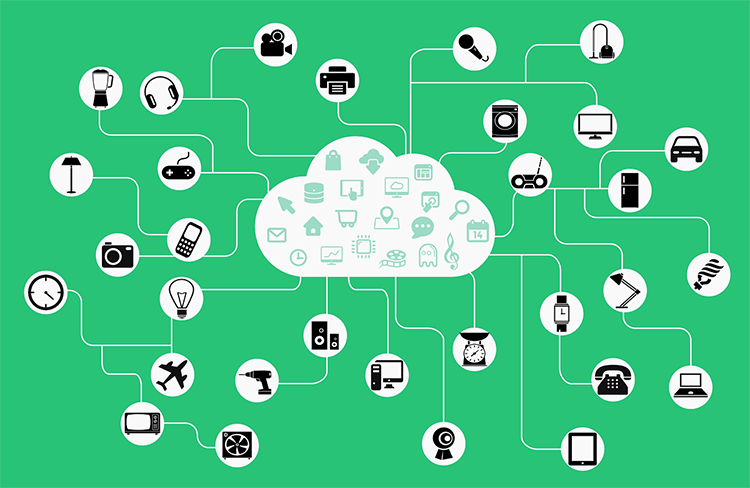 IoT Is Here to Stay

The mobile app industry is now bigger and has more influence than the Hollywood industry and brings in even more revenue than U.S box offices. Technology consulting firm Gartner projects that there are currently about 6 billion connected devices in the world and by the year 2020 there will be about 26 billion smart devices worldwide. Meanwhile, according to Cisco, it rises up to 50 billion. Whichever estimate turns out to be more accurate, no one disputes the fact that the IoT will be a major economic engine in the near future.

The paradigm shift in digital technology is making the Internet more than just a virtual space and taking over step by step every aspect of our lives. There are several emerging IoT platforms from major players such as Amazon, Google, and IBM for connecting to, controlling, gathering info etc. from IoT devices. For example devices like Google Home and Amazon Echo aim to become our virtual assistants in our home, answering our questions and completing routine tasks without any extra guidance from human beings. IBM is trying to conquer the IoT market with cognitive computing service Watson that helps clients shuffle through reams of Big Data.

As most of these Internet-connected devices will be monitored and managed via mobile phones, this is wonderful news for mobile app developers who get vast amounts of new opportunities and challenges to tackle. A recent survey from Vision Mobile discovered that 53% of developers are already working on an IoT as a side project, but estimates the need for 2.5 million IoT developers by 2020.

Relevant Skills for Mobile Developers in the IoT Age

In order to make the most of the IoT era, mobile developers need the right set of skills and enthusiasm to follow up the latest trends.

Developers, be prepared for the major economic engine of the near future! Already back in 2008, there were more objects connected to the Internet than people, and their number is rapidly growing. The IoT offers a huge opportunity to revolutionize everything from farming to health care to every facet of our daily lives. Therefore, be ready and embrace the new technological era with open eyes and mind.

What is your opinion about the app development future and IoT?

Additional Considerations Regarding the Internet of Things

Published at DZone with permission of Marie Jaksman . See the original article here.